María Alejandra Castillo LLM’ 22 holds a Bachelor of Law from Universidad Libre de Colombia, where she graduated among the top of her class. She also holds a diploma in Constitutional Law. As a law student, she participated in the Public Interest Law Clinic addressing administrative law issues and working with victims of enforced displacement. She also completed an internship with the Ministry of Labor in Colombia.

Before coming to NYU, María Alejandra co-founded her own boutique law firm, Castillo y Solis Abogados S.A.S., and served as the director of pro bono cases, where she litigated human and reproductive rights cases for low-income women. In her free time, she also volunteers working with family caregivers and children with disabilities that are victims and survivors of domestic violence.

At NYU María Alejandra focused on strategic litigation, international law, and human rights. As an LLM Public Interest Fellow, she will be working with the Center for Reproductive Rights on three global advocacy projects related to gender and reproductive rights protections.

​ Nakhlé “Nax” Hamouche LLM '22 obtained an integrated Bachelor of Laws and First Level Master’s degree with distinction from Saint Joseph University of Beirut where he specialized in international and comparative law during his final year. At Saint Joseph University, he received awards for his public interest volunteering work and academic achievement. Nax also holds a Master of Laws (LL.M.) in comparative law with a specialization in comparative public law and civil rights and liberties with honors from Paris-Panthéon-Assas University. Additionally, he obtained the General Diploma and two certificates in international legal studies of the Institute of Higher International Studies (IHEI) of Paris-Panthéon-Assas University. Admitted to practice as a trainee lawyer at the Beirut Bar Association, Nax gained working experience in Lebanon and in France in the fields of international and comparative law, human rights and international environmental law.

As an LLM at NYU Law, Nax specialized in International Legal Studies and was an LLM OUTLaw Representative. During Fall 2021, Nax was a United Nations Diplomacy Clinician and was placed in the Mission of the country that presided over the General Assembly for the 76th session. During Spring 2022, Nax interned part-time at the Independent International Legal Advocates (IILA) which is an NGO that aims to enable more effective and fair participation of small and developing States in the creation and application of international law, to raise the voices of disadvantaged States which enhances international law, and to advance just solutions to pressing global challenges.

As an LLM Public Interest Fellow, Nax will continue working for the IILA during Fall 2022 offering legal support for small and developing State partners and also assisting them in ongoing international treaty negotiations.

Vidhya Karnamadakala LLM '22 completed an LLM (International Legal Studies) from NYU School of Law as a Dean's Graduate Scholar and holds international relations and law degrees (with honours) from the University of New South Wales, Australia.

During law school in Australia, Vidhya was a research assistant to Professor Justine Nolan on business and human rights projects and a student editor on the Australian Journal of Human Rights. In 2018, she joined UNDP in Bangkok as a junior consultant where she worked on initiatives to strengthen local governance for sustainable development. Later, she practiced as a solicitor in the litigation team at King & Wood Mallesons, and was also an advocate for refugee rights at Refugee Advice & Casework Service where she provided legal representation and support to persecuted individuals seeking protection in Australia.

​ Yosalem Teklehaimanot LLM’ 22 holds a Masters of law degree from NYU School of Law as Arthur T. Vanderbilt scholar. She also earned an LLM degree in human rights law and a Bachelor of Laws from Addis Ababa University with the highest honor of “very great distinction”.

Prior to NYU, she served as a tenured academic faculty at Addis Ababa University School of law where she co-founded and directed the first International Humanitarian Law Clinic in the wider sub-Saharan Africa region. During her stay at the University, Yosalem has lectured on courses such as international human rights law, environmental law, and international humanitarian law. Prior to becoming an academic, Yosalem was a DLA Piper global scholarship fellow and has worked as a junior associate at a DLA Piper Africa partner law Firm: Mehrteab Leul and Associates.

Yosalem has also worked as a National Consultant to UN Women and has actively engaged with various civil society organizations including the Ethiopian Human Rights Council, Ethiopian Women Lawyers’ Association and the Consortium of Ethiopian Human Rights Organizations providing both direct legal services and conducting broader advocacy. At NYU Law, Yosalem focused on international human rights law, constitutional law, and immigration law and worked as a student advocate at the Global Justice Clinic. Yosalem is awarded the LLM Public interest fellowship from NYU with a placement at African services committee- a grass roots human rights organization in Harlem, New York. As LLM Public interest fellow, Yosalem will provide direct legal services to immigrants and humanitarian refugees fleeing conflict, war, and violence from across Africa and the world. 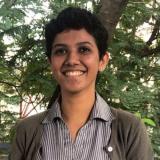 Deekshitha Ganesan LLM '21 is an LLM student and Hauser Global Scholar at NYU School of Law, where she focuses on international human rights, criminal procedure, and criminal justice. She graduated from the National Law School of India University, Bangalore with a B.A., LL.B. (Hons.) in 2016.

Before coming to NYU, Deekshitha worked with an NGO in Bangalore focusing on bail reform and issues of equality and non-discrimination, particularly transgender rights and the rights of persons with disabilities. Her work primarily took the form of legal and policy research and litigation. She is a member of the core team of the Detention Solidarity Network, an online platform that seeks to critically engage with the carceral state in India and build public awareness on issues of detention, custodial violence, and prison reform. At NYU, she also works with the Bernstein Institute on their Jailhouse Lawyering Initiative.

As an LLM Public Interest Fellow, Deekshitha will be working with Penal Reform International based in London on alternatives to imprisonment, right of isolated populations groups in prisons, and improving the accessibility of regional and international standards on prisons and rights of incarcerated persons. 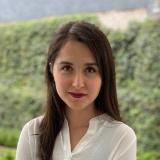 Pamela Zambrano LLM '21 holds a Bachelor of Laws (with honors) from the Universidad Iberoamericana Puebla, Mexico. During her career, Pamela has collaborated with government agencies, civil society organizations, and international institutions. As a law student, she was an intern at the Gender and Social Violence Observatory of Puebla, where she supported public policies to prevent femicide in Puebla. Besides, she assisted victims of human rights violations in the Inter-American System of Human Rights on subjects related to the due criminal process (first, while conducting a fellowship in the Inter-American Commission in Washington D.C. in 2015 and second, as a volunteer in the Inter-American Court in Costa Rica in 2016). From 2017 to 2019, she coordinated projects at the Institute of Criminal Procedural Justice to monitor the implementation of the Juvenile Criminal Justice System in Mexico and reduce youth incarceration.

Currently, she is working on the women’s rights situation in Mexico at her organization, the Feminist Circle of Legal Analysis. There, she represents (pro bono) women who have been victims of based-gender discrimination in the Mexican courts and international human rights organizations. She is enrolled in the LL.M in International Legal Studies. Also, she is a Transitional Justice Scholar. During the summer, she will be supporting the Youth Coalition for Sexual and Reproductive Rights, an international youth-led organization committed to promoting adolescent and youth sexual and reproductive rights and meaningful youth engagement at the national, regional, and international levels. 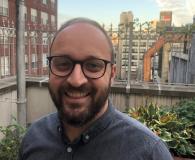 Before coming to NYU Matthew served as a law clerk to Justice Hargrave at the Supreme Court of Victoria and was a lawyer and Senior Associate in the litigation departments of two of Australia’s preeminent international law firms, where he worked on complex litigation and provided pro bono legal advice to indigenous communities and women at risk of homelessness.

At NYU Matthew has focused on human rights, climate change, international organizations, strategic litigation and international criminal law. He has also worked with Just Atonement, an NGO that engages in human rights-based climate change advocacy, and he was a Human Rights Scholar at NYU’s Center for Human Rights and Global Justice. In this role, he conducted research for Professor Pablo de Greiff regarding the role that constitutions can play in preventing violence and co-authored an article regarding climate change litigation with Professor Philip Alston. As an LLM Public Interest Fellow, he will continue working with Just Atonement to develop and implement its climate change litigation strategy.

Shivani Danielle Jacelon LLM '20 is a recent graduate of the NYU School of Law having completed her LLM specializing in International Legal Studies in May 2020. She received her LLB from the University of Warwick in 2008 and completed the LPC at the University of Law (formerly the College of Law), London in 2009. Prior to being admitted to NYU, Shivani specialized in Real Estate and Estates law in her home country of Trinidad and Tobago. She was a partner at a leading law firm in Trinidad where she had been practicing law since 2010 until the commencement of her LLM. During her time at NYU, Shivani took part in external internships at the Family Center in Brooklyn and at the Legal Aid Society at the Harlem Community Office. Her exposure to public interest law during these internships, coupled with taking courses based on social rights and justice during her LLM, fostered her desire to pursue a career in Public Interest Law in earnest. Shivani was awarded a LLM Public Interest Fellowship from NYU with a placement with the Legal Aid Society in the Fall of 2020 where she will focus on Group Housing representation and advocacy. Shivani is also a member of the Ontario Bar and will sit the New York Bar in September 2020. 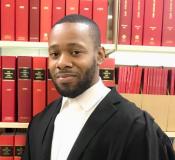 Tyrone Bailey LLM '20 holds a Bachelor of Laws with First Class Honours from the University of the West Indies, Mona (Jamaica) where he graduated as the top student. He also obtained a Certificate in Legal Education (a legal practicing certificate) from the Norman Manley Law School (Jamaica) where he was on the Principal’s Honour Roll and received numerous subject prizes.

He taught numerous law courses at the University of the West Indies Faculty of Law between 2014 and 2019, at the University’s campuses in both Jamaica and Trinidad and Tobago. In 2016 he was appointed to the post of Judicial Counsel at the Caribbean Court of Justice. At the court, he assisted the judges with deciding final appeals from Caribbean States as well as international law matters regarding the interpretation and application of a regional economic treaty entered into among States of the Caribbean Community (CARICOM).

Tyrone has served as Liaison Officer to the European Commission for Democracy Through Law (The Venice Commission) in respect of developments in Constitutional Law in Barbados, Belize, Dominica and Guyana. He also worked along with the Caribbean Association of Judicial Officers (a regional group of Heads of Judiciary, Judges, and other judicial officers) and the Caribbean Court of Justice Academy for Law in organizing major biennial Caribbean law conferences.

He is currently pursuing NYU’s LLM in International Business Regulation, Litigation and Arbitration as a Hauser Global Scholar and a Starr Foundation Global Law School Scholar. He has expressed strong interests in academia as well as the success of the Caribbean Single Market (CSME). As the NYU LLM Public Interest Fellow, Tyrone will undertake a Fellowship with CARICOM and will work closely with the CSME Unit in Barbados. This Fellowship will allow him to work closely with regional policymakers as they attempt to further elaborate the CSME regime.