Marcelo Alegre holds a JD from the Universidad de Buenos Aires (1987) and an LL.M. (1999) and a JSD (2004) from NYU Law School. His doctoral dissertation "Egalitarian Rights and Constitutional Democracy" was supervised by Thomas Nagel. He is a full-time Professor of Law and Philosophy at the Universidad de Buenos Aires Law School, where he directs the research area. He was a DAAD Guest Professor at the Philosophy Department of Ruhr Universität Bochum, Germany, where he taught courses on Latin American ideas and institutions and on global political philosophy and human rights. In Argentina he has also taught graduate courses at the universities of Palermo and San Andrés. He was a visiting professor at the law schools of the Universidad Pompeu Fabra, Spain; Universidad de Puerto Rico; Universidad de Chile, ITAM (Mexico) and others. He was a visiting researcher at the Stanford Center for Latin American Studies and Yale Law School. Prof. Alegre was a fellow working with Carlos Nino at the Council for the Consolidation of Democracy and the Center for Institutional Studies, and was counsel for former President Raúl Alfonsín. He is a member of the Latin American Seminar on Constitutional Theory (SELA), which meets every year, an initiative of Yale Law School, UBA and other universities. He is interested in legal theory, moral and political philosophy, human rights law, constitutional law and legal education.

He has authored and co-authored several books on those subjects and on the issues of social rights, global justice, civil disobedience, conscientious objection, abortion, Latin American presidentialism, religion and the state, transitional justice, etc. He regularly drafts amicus curiae on behalf of human rights claimants, has supervised the first legal clinics in Argentina, and testified as an expert before the Congress and the Supreme Court. He is member of the Ethics Committee of the Science Department at the University of Buenos Aires and of the Ethics Committee of the National Council for Scientific and Technologic Research (CONICET), which he coordinated from 2014 to 2016. His recent work includes the essay “What Justice Demands Today” published in T. Pogge (Ed.) Freedom from Poverty as a Human Right (Oxford University Press, 2007), the co-directed book (with Roberto Gargarella) El Derecho a la Igualdad (Lexis Nexis, 2007, second edition expanded 2012), the book Homenaje a Carlos Nino (UBA, 2008), and the book Igualdad, Derecho y Política(Fontamara, México, 2010). He collaborated in The Latin American Casebook, published by Routledge in 2016. He is finishing a book on autonomy. Marcelo Alegre was a board member of the Sociedad Argentina de Análisis Filosófico (SADAF) from 2007 to 2015, co-founder of Igualitaria (a progressive network for the study of democracy and constitutionalism), served on the board of the philosophical journals Análisis and Revista Latinoamericana de Filosofía Política, and is a founding member of both the International Association of Law Schools (IALS) and of Sui Iuris, the Iberoamerican Association of Law Schools. 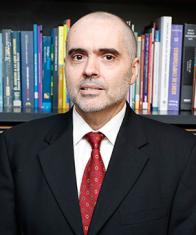 Professor Eduardo Bertoni (Phd, Buenos Aires University) is currently the Representative of the Regional Office for South America of the Inter American Institute of Human Rights. He was the first Director of the Access to Public Information Agency (AAIP), which is the Argentine Data Protection and Access to Information Authority. He was the founder and the first director of the Center for Studies on Freedom of Expression and Access to Information (CELE) at Palermo University School of Law, Argentina. He was the Executive Director of the Due Process of Law Foundation (DPLF) until May, 2006. Previously, he was the Special Rapporteur for Freedom of Expression of the Inter-American Commission of Human Rights at the Organization of American States (2002-2005), Teaching Fellow at the Human Rights Institute at Columbia University School of Law (2001), Reagan-Fascell Democracy Fellow (2012-13) at the National Endowment for Democracy (NED) and former member of the advisory boards of the Human Rights Initiative (Open Society Foundations), the Media Legal Defence Initiative, the Freedom of Information Advocates Network (FOIAnet), among others. Dr. Bertoni has also worked as an advisor to the Department of Justice and Human Rights in Argentina. He is an Argentinean lawyer and holds a Masters in International Policy and Practice from the Elliot School of International Affairs, George Washington University. Prof. Bertoni currently teaches at Buenos Aires University School of Law and New York University School of Law (Global Clinical Professor). He published several opinion pieces on democracy and human rights in leading newspapers in the Americas and has written several publications on judicial reforms, international criminal law and human rights & Internet.

Mr. de la Cruz is a partner in the New York and Buenos Aires offices of Cleary Gottlieb Steen & Hamilton. Mr. de la Cruz’s practice focuses on advising private and public sector clients in connection with cross-border corporate and financial matters, including debt restructurings, securities offerings, structured financing, as well as mergers and acquisitions and joint ventures. In recent years, Mr. de la Cruz has worked on numerous transactions, including security offerings, restructurings and refinancings in the United States, Latin America and Europe. Mr. de la Cruz’s corporate practice in Latin America is distinguished among the best in the region by Chambers Global, Chambers USA, Chambers Latin America and The Legal 500 Latin America. He is also recognized as a leading capital markets and project finance lawyer by The Legal 500 U.S. Mr. de la Cruz received an Abogado degree from the University of Buenos Aires in 1985, an LLM degree from the University of Michigan Law School in 1987, and a Diploma from the Johns Hopkins University School of Advanced International Studies in 1988.

Guillermo Jorge is a lecturer at San Andres University School of Law (Argentina) where he currently teaches International Business Law & Globalization, Compliance with Anti-bribery Laws and Business Ethics. He holds a law degree from Buenos Aires University (1995) and an LLM from Harvard Law School (2003). He has been Drapper-Hills fellow at Stanford University (2009); Reagan-Fascell Democracy fellow at the National Endowment for Democracy (2006) and visiting scholar at the Center of Latin American Studies of Stanford University (2002). Guillermo is also the managing partner of Governance Latam, a Buenos Aires based legal and consulting firm with a strong focus in preventing and enforcing anticorruption and anti-money laundering laws and regulations. Regular clients include Latin American governments and multinational companies operating in the region. 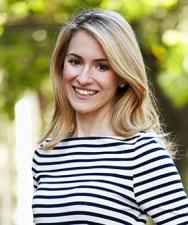 Mariana Pargendler is Professor of Law at Fundação Getulio Vargas (FGV) Law School in São Paulo, where she is also a director of the Center for Law, Economics, and Governance. Her scholarship examines problems in corporate law, corporate governance, and contract law from an economic and comparative perspective. She holds an LLB and a PhD (Law) from the Federal University of Rio Grande do Sul (Brazil), as well LLM and JSD degrees from Yale Law School. While at Yale, she was a research fellow at the Millstein Center for Corporate Governance and Performance at the Yale School of Management, as well as an Olin fellow at the Center for Studies in Law, Economics, and Public Policy at Yale Law School. Prior to joining academia, she was a corporate associate at the New York office of Weil, Gotshal & Manges. 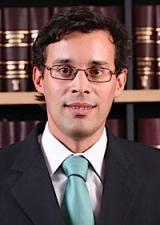 Professor Julio César Rivera, Jr. is a partner at Julio César Rivera Abogados in Buenos Aires and a professor at the Law School of Universidad de San Andrés where he teaches the courses “Derechos y Libertades Constitucionales” and “Arbitration.” He graduated Summa Cum Laude from Universidad Católica Argentina in 1997 and obtained an LL.M from Harvard Law School in 2000. He also received his Ph.D in law from the Universidad de Buenos Aires in 2008. Mr. Rivera’s expertise focuses on insolvency law (reorganization procedure, bankruptcy, debt restructuring and pre-pack agreements), complex commercial litigation, international and domestic arbitration and constitutional law. In the area of insolvency law, his experience includes the representation of Club Atlético Huracán and Azurix Buenos Aires in their reorganization proceedings. 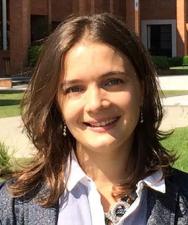 María Florencia Saulino is the Dean of Universidad de San Andrés School of Law and a Global Clinical Professor of Law at New York University. She received her Master of Laws with a concentration in Environmental Law from New York University School of Law, and Doctorate in Law from Universidad de Buenos Aires. She worked as a Research Fellow in NYU’s Center on Environmental and Land Use Law, performing research on comparative environmental law and policy.

Before joining the Universidad de San Andrés faculty, she was a Professor of Law at Universidad de Palermo where she directed the Center for Studies on Environmental Law and Policy (CEDEPA). She clerked for the Honorable Chief Justice Ricardo Lorenzetti in the Argentine Supreme Court. Since 2017 she is the Dean of Universidad de San Andrés School of Law where she also teaches “Environmental Law” and "Public Interest Law Clinic”. In 2013, she joined NYU Law Abroad faculty, where she teaches the "Clinic on Policy Advocacy in Latin America". She has worked as a research consultant for the United Nations Economic Commission for Latin America and the Caribbean, the World Bank, and the United Nations Development Program.