Fellows on the Market

The following alumni of the Furman Scholars Program are currently on the academic hiring market. 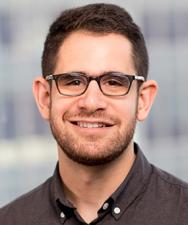 Jack graduated magna cum laude from NYU School of Law, where he was a Notes Editor of the NYU Law Review. Upon graduation, Jack clerked for the Hon. Raymond J. Lohier of the U.S. Court of Appeals for the Second Circuit and the Hon. Edgardo Ramos of the U.S. District Court for the Southern District of New York. Both prior to and after clerking, he was associated with two prominent law firms in New York City, where he practiced in state and federal courts at both the trial and appellate levels. His research focuses on aggregate litigation, bankruptcy, and complex civil procedure. Jack holds a B.A. with honors from the University of Pennsylvania.