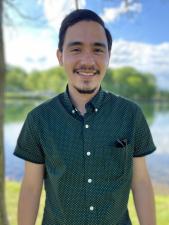 David Jiménez ‘23 was born in Medellin, Colombia and grew up in Paterson, New Jersey. He graduated cum laude from Columbia University in 2017, where he double majored in Political Science and Ethnicity and Race Studies. At Columbia, he participated in student groups advocating for Latinx, first-generation and low-income students. Reflecting on his upbringing, David wrote his senior thesis about the challenges imposed by illegality on a community of Colombian immigrants in New Jersey, exploring the ways lack of legal status affected their lives. David also interned at the Center for Court Innovation’s Newark Community Solutions, where he worked on criminal justice reform issues, particularly focusing on reducing the municipal court’s use of fines and jail sentences that disproportionately harm black and brown individuals. After graduating from Columbia, he worked as a paralegal at Alston & Bird LLP, where he assisted on structured finance transactions and on various pro bono matters, including helping attorneys with a successful VAWA petition for an undocumented client. Following his time at Alston, David joined the New York Legal Assistance Group, where he worked as a paralegal in their Tenants’ Rights Unit. At NYLAG, David supported and advocated on behalf of clients at risk of eviction in Queens.

Andrés Orr ’23 is originally from Madrid, Spain.  He graduated from Vassar College in 2016 where he majored in philosophy.  At Vassar, Andrés interned with Rural and Migrant Ministries traveling throughout rural New York to conduct community outreach with the state’s immigrant farmworker population. In 2016 he returned to Madrid and enrolled in a master’s degree in public policy and human rights law at the Universidad Autónoma de Madrid (UAM). As part of his master’s, Andrés worked at the Inter-American Commission on Human Rights in Washington D.C. where he was assigned to monitor forced migration in the Americas.  He wrote his thesis on the United States’ violation of Salvadoran asylum seekers’ human rights.  After graduating from the UAM with honors in 2018, Andrés returned to D.C. to work as an immigration paralegal and prepare for law school. 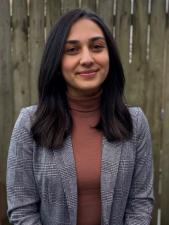 Mariana Lopez '24 is originally from Brooklyn, New York. In 2019 she graduated summa cum laude from The George Washington University, where she majored in English and found a passion for racial justice work. During college she interned for various nonprofits, including the organization Community Food Advocates, a group working to end childhood food insecurity in New York City. She was also a legal assistant at a small DC-based law firm that represented both large international NGOs and smaller national and local nonprofits. Upon graduating she joined the consumer advocacy group Public Citizen as a legislative assistant. At Public Citizen she worked on the Replace NAFTA campaign, fighting to protect the rights of workers in both the United States and Mexico. During her time there, she was a research assistant on a report featured in The Washington Post, revealing how free trade agreements have had a disproportionately negative impact on Black and Latinx workers. She also supported a campaign advocating for equitable global access to the COVID-19 vaccine. In addition to her role at Public Citizen, she volunteered for the pro se immigration clinic New Sanctuary, helping clients fill out documentation needed to gain asylum. 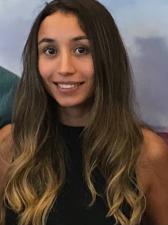 Deborah Merino '24 was born in Lima, Peru and moved to the U.S. when she was 6 years old. She was raised in Miami, Florida. Deborah was a recipient of DACA and credits the policy with giving her the opportunity to pursue a college education. Her passion for immigrants rights resulted from her own interactions with policies that marginalize undocumented families and her desire to work as a children's advocate. She attended the University of Florida where she graduated cum laude in 2017. While in college she volunteered at the Child Advocacy Center and Interface Youth Shelter. After graduating, she worked as a behavioral therapist for children on the autism spectrum while also interning at a law firm. Hoping to make a broader impact, she became an educator in the same school district she attended. Deborah taught at a Title 1 public school where most of the student body was Latinx and many of her students were undocumented. One of her priorities as a teacher was creating a community in her classroom where students could freely, and without fear, share in the familiar trauma associated with growing up undocumented. Deborah organized and administered "Know Your Rights" Presentations for her students and the after school club she sponsored. The summer before law school Deborah volunteered at Americans for Immigrant Justice where she conducted intakes for immigrants seeking to apply for DACA and asylum. 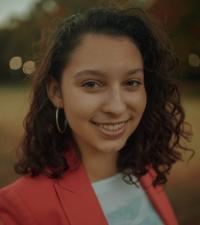 Gabriela MacPherson ‘24 is originally from northern New Jersey. She graduated magna cum laude from The College of William & Mary in 2019, where she studied Anthropology and Art History. Her experience growing up in a multicultural family, and as the daughter of a Colombian immigrant, led her to study ideas of identity as they relate to immigration. She explored topics such as the adjustment to a new racial ideology that Latinx immigrants face when coming to the United States, the unique challenges faced by speakers of indigenous languages detained at the southern U.S. border, and the impact of urban design and gentrification on low-income immigrant communities.Following graduation, Gabriela developed web content and supported various campaigns for Wind of the Spirit Immigrant Resource Center, a community-based organization serving the predominantly-Colombian immigrant population in Morris County, New Jersey. She then served at the New York Immigration Coalition as an AmeriCorps VISTA, promoting legal access for low-income immigrant communities through various training and support programs for local nonprofits. Following her time at the NYIC, she worked at Riverside Language Program to connect recent immigrant English language learners with organizations providing vital services like housing, job training, and healthcare.Gabriela interned with Immigrant Advocates Response Collaborative (I-ARC) during her 1L spring, co-writing a needs assessment report on the Afghan evacuee community in New York State. She spent her 1L summer in Los Angeles at the Mexican-American Legal Defense and Educational Fund (MALDEF), where she supported impact litigation on behalf of the Latinx community.Gabriela is currently a student advocate in the Immigrant Rights Clinic at NYU Law. She is also the Public Interest Professional Development Chair of NYU LaLSA and a Staff Editor of the NYU Review of Law and Social Change. 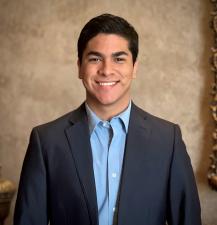 Jorge Lee Ochoa ‘25 was born in Matamoros, Tamaulipas, Mexico. From kindergarten to high school, he crossed the Mexican-American border on a near-daily basis to receive his education in the United States. He graduated from Columbia University in 2021, where he majored in English and Comparative Literature and was named a John Werner Kluge Scholar. After graduating, he worked as a paralegal at the offices of Diez & Crane, an immigration law firm located in the border town of Brownsville, Texas. His time at Diez & Crane reinforced his ambitions to pursue a career in public interest to advance the interests of the Latinx community. At present, he is an active member of the National Hispanic Institute (NHI), a non-profit organization that engages Latinx youth in community leadership roles throughout the United States and Latin America. As part of his work with NHI, he has served in various capacities at over two dozen programs in Texas, Illinois, Florida, California, Pennsylvania, Maryland, and Mexico. His proudest accomplishment within NHI is co-authoring a submission to the Harvard Kennedy School Journal of Hispanic Policy with the President and Co-Founder of NHI, Ernesto Nieto.