Program on Corporate Compliance and Enforcement 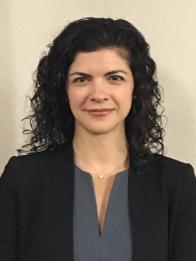 During her time in the Office, Jacquelyn has worked on significant white collar cases.  For example, Jacquelyn was the lead prosecutor in United States v. Martin Shkreli, in which Martin Shkreli was convicted in August 2017 of multiple counts of securities fraud relating to two separate hedge funds that he managed, and securities fraud conspiracy in relation to his attempt to control the price and trading volume of the shares of a publicly-traded company.  Jacquelyn led the investigation and prosecution in United States v. Bandfield, et al., in which nine defendants and six Belize-based corporations, including three brokerage firms, were charged for their involvement in an elaborate offshore securities fraud, money laundering and tax evasion scheme.  As part of that scheme, the defendants laundered approximately $250 million for their corrupt clients, who included more than 100 U.S. citizens and residents.  Additionally, Jacquelyn was the lead prosecutor in the investigation and prosecution of nine corrupt brokers and promoters who were involved in a $131 million stock manipulation scheme related to ForceField Energy Inc., a publicly-traded company whose common stock was listed on the NASDAQ.   Jacquelyn was also part of the prosecution team in United States v. Mark Johnson, et al., in which HSBC’s head of global foreign exchange cash trading and the former head of foreign exchange cash trading for Europe, the Middle East and Africa were charged with conspiring to defraud an HSBC client through a “front-running” scheme.  Jacquelyn is also currently supervising Eastern District of New York prosecutors in United States v. Odebrecht and United States v. Braskem, collectively one of the largest foreign bribery cases in history.

Prior to joining the United States Attorney’s Office, Jacquelyn was an associate in the Litigation Department of Kirkland & Ellis LLP, New York.  She graduated with honors from Columbia Law School in 2003.