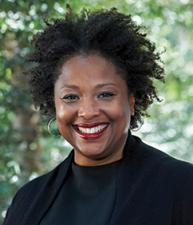 Deborah N. Archer, professor of clinical law and director of the Civil Rights Clinic at NYU Law, joined the Center as its faculty co-director in February 2019. Archer joined the NYU Law faculty in 2018, following a distinguished career as a professor of law at New York Law School (NYLS). While at NYLS, Professor Archer served as the school’s inaugural dean of diversity and inclusion and as associate dean for academic affairs and student engagement. She also led NYLS’s Racial Justice Project, a legal advocacy initiative that worked to advance racial justice and civil rights. Archer is president of the American Civil Liberties Union (ACLU) and serves on the board of the Legal Aid Society. For many years, she also served on the New York City Civilian Complaint Review Board and the board of the New York Civil Liberties Union. In recognition of her work, the New York Law Journal named her one of its 2016 Top Women in Law. Before beginning her career in law teaching, Archer was assistant counsel at the NAACP Legal Defense and Educational Fund, an associate at Simpson Thacher & Bartlett, and a Marvin M. Karpatkin Fellow at the ACLU. 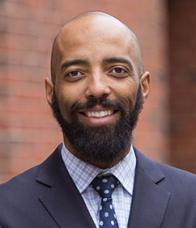 Vincent M. Southerland, assistant professor of clinical law and director of the Criminal Defense and Re-entry Clinic at NYU Law, joined the Center on Race, Inequality, and the Law as its inaugural Executive Director in February 2017. He has dedicated his career to advancing racial justice and civil rights. Vincent comes to NYU Law after serving as an Assistant Federal Public Defender with the Federal Defenders for the Southern District of New York since 2015.  Prior to his time at the Federal Defenders, Vincent spent seven years at the NAACP Legal Defense and Educational Fund, Inc. (LDF), where he was a Senior Counsel.  While at LDF, he engaged in litigation and advocacy at the intersection of race and criminal justice, including the successful representation of people sentenced to death across the American South and children sentenced to life imprisonment without parole. He also led LDF’s advocacy efforts around race and policing, and was lead counsel in school desegregation and employment discrimination matters. Vincent previously served as a staff attorney at The Bronx Defenders, and an E. Barrett Prettyman Fellow at Georgetown University Law Center.  He began his career as a law clerk to the Honorable Theodore McKee, Judge of the United States Court of Appeals for the Third Circuit, and the Honorable Louis H. Pollak, of the United States District Court for the Eastern District of Pennsylvania. Vincent holds an LLM from Georgetown University Law Center, received his JD from Temple University School of Law and his BA from the University of Connecticut. He serves on the boards of The Bail Project, the Federal Defenders of New York, and the Center for Constitutional Rights. 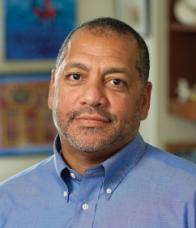 Anthony Thompson, Professor of Clinical Law Emeritus, was the Center’s founding faculty director. Professor Thompson retired from the NYU Law faculty, of which he was a member for 25 years and taught courses in criminal justice, civil litigation and leadership. Thompson is part of the Duke Corporate Education Global Educator Network and has provided executive education to a number of global companies focusing on leadership and strategy execution. He received numerous prizes for his teaching, including the NYU Distinguished Teaching Award; the Martin Luther King, Jr. Faculty Award, which recognizes teaching excellence, leadership, social justice activism, and community building; and the Law School’s Podell Distinguished Teaching Award. Thompson was recognized by El Diario in 2011 with “The EL” award, as one of the “outstanding Latinos in the Tri-State area,” for his community service. He earned his JD at Harvard Law School and his BS Ed from Northwestern University. 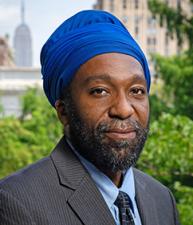 Jason D. Williamson joined the Center as its Executive Director in June 2021. He previously served as the deputy director of the ACLU’s Criminal Law Reform Project, where he began working as a staff attorney in January 2011. At the ACLU, he focused primarily on Fourth Amendment, police practices, and public defense reform litigation.  Prior to joining the ACLU, Jason worked as a litigation associate at the law firm of Paul, Weiss, Rifkind, Wharton & Garrison LLP in New York, and served as a law clerk for Judge Sterling Johnson, Jr. in the Eastern District of New York from 2007-2008.  He began his legal career in New Orleans in the months following Hurricane Katrina, first as a staff attorney for the Juvenile Justice Project of Louisiana, and later as a staff attorney and founding member of Juvenile Regional Services (now called the Louisiana Center for Children’s Rights), which provides legal representation for indigent youth in Orleans Parish Juvenile Court.  Jason also serves as an adjunct clinical professor at New York University School of Law. He received his Bachelor’s Degree from Harvard University in 1998, and his JD from NYU Law in 2006. Jason is a devout Rastafarian, committed husband, and proud father of twin daughters. 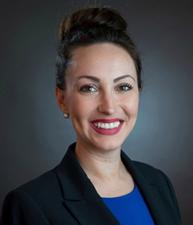 Lorén Cox is an education practitioner and advocate committed to civil rights, with a specific focus on educational equity.  She currently serves as the Senior Director of Policy, Advocacy and Community Engagement for the KIPP Foundation.  Prior to joining KIPP she led the education policy team at UnidosUS (formerly the National Council of La Raza), the nation’s largest Latino civil rights and advocacy organization.  In this role, she managed the federal education policy portfolio, and supported over 30 states in the development and implementation of state ESSA plans, particularly as they related to Latino students and English Learners.  Additionally, she developed and managed UnidosUS’ education state policy agendas and served as the primary liaison between UnidosUS leadership and the US Department of Education.  Prior to joining UnidosUS, Lorén worked for the Obama Administration in two separate capacities: first as a member of the community solutions team and then as a program examiner in the education branch at the Office of Management and Budget.  As a member of the community solutions team, she assisted in developing a training for more than 400 federal employees, across a number of federal agencies, on how to effectively execute place-based work with local communities.  As a program examiner, she managed a five-billion-dollar portfolio of federal education programs. Her passion for educational equity stems from her own experiences as a first-generation, low-income college graduate.  Lorén was previously a practicing attorney and holds a JD from the University of North Carolina and a PhD in Public Policy from the University of North Carolina at Charlotte.

Center on Race, Inequality, and the Law Paul Weiss Fellows

Rochelle Ballantyne ’23 is a 2L native of Brooklyn, NY, and uses she/her/hers pronouns. She graduated from Stanford University in 2017 with degrees in African and African-American Studies and Political Science. In college, her honors thesis looked at the role of the media in perpetuating anti-Blackness and leading to deadly police interactions in communities of color. Following two years in the corporate sector working as a paralegal, Rochelle returned to graduate school to get her Masters in Education Policy at Teachers College, Columbia University. During her time there, her research focused on the ways bias informs punishment in schools and specifically the ways these disciplinary practices push Black girls out of schools and into prisons. The substance of these experiences fueled her desire to attend law school and continue developing the skills to resist laws that disproportionately target communities of color. Now as a law student, in addition to being a Fellow, Rochelle is an AnBryce Scholar, a Birnbaum Women's Leadership Fellow, a member of Black Allied Law Students Association, Ending the Prison Industrial Complex, Women of Color Collective, as well as Co-Director of the Suspension Representation Project, and a Staff Editor for the Review of Law and Social Change.

Christine ElDabh ’23 is a 2L from Cleveland, Ohio. She graduated from the University of Virginia with a degree in Foreign Affairs and Global Development Studies in 2016. Before law school, Christine was a program officer at the Leitner Center for International Law and Justice. In that role, she researched the impacts of the NYPD’s broken windows policy on communities of color and co-authored advocacy reports calling for drug policy reform in Washington DC and anti-carceral juvenile justice reform in Kenya. Christine spent her 1L summer interning with the ACLU’s Human Rights Program. This year, in addition to her fellowship at the Center, Christine is a research assistant to Professor Deborah Archer, a student advocate in the Global Justice Clinic, and a legal intern at the ACLU.

Bailey Jackson ’23 is a 2L from Washington, DC. In 2016, she graduated from the University of North Carolina at Chapel Hill with majors in Global Studies and Women’s and Gender Studies and a minor in Social and Economic Justice. After graduating, she moved to New York City to work as a Legal Administrative Assistant at the ACLU’s Reproductive Freedom Project which ignited her interest in legal work. Wanting to gain work experience in the criminal legal system before applying to law school, she transitioned to a job at the Legal Aid Society as a Paralegal Casehandler in the Parole Revocation Defense Unit. In this role, she assisted public defenders in the representation of clients arrested for parole violations. Bailey came to law school to work as a public defender, and she is passionate about racial justice and prison and police abolition.

During her 1L year, Bailey co-founded NYU Parole Advocacy along with four classmates. NYU Parole Advocacy pairs law student volunteers with people incarcerated in New York State prisons to assist them with preparation for their Parole Board hearings. It is a project within the Ending the Prison Industrial Complex (EPIC) student group for which Bailey is a board member. Bailey spent her 1L summer in Atlanta, GA at Georgia Resource Center, assisting staff attorneys and investigators in the post-conviction representation of clients on Georgia's Death Row. This school year, Bailey is a student advocate in the Criminal Defense and Reentry Clinic

David Jimenez ’23 is a 2L who is committed to advocating for racial justice, criminal justice reform and immigrant rights. He graduated from Columbia University in 2017, where he double majored in Political Science and Ethnicity and Race Studies. At Columbia, he actively participated in student groups advocating on behalf of Latinx, first-generation and low-income students. While there, David also interned at the Center for Court Innovation’s Newark Community Solutions, where he worked on criminal justice reform issues, particularly focusing on the use of fines and jail sentences that unduly harm black and brown communities. Prior to law school, he worked as a corporate paralegal and then at the New York Legal Assistance Group, where he supported New Yorkers facing the threat of eviction. He spent his 1L summer interning with the Neighborhood Defender Service of Harlem in their Criminal Defense Practice. In addition to serving as a student fellow at the Center, David is a Latinx Rights scholar, student advocate in the Immigrant Rights Clinic, and a staff editor on the Review of Law and Social Change.

Nicole Mo ’23 is a 2L interested in justice-rooted technology law and racial equity. She grew up in New Jersey and graduated from Yale in 2019 with a degree in Math and Philosophy. Before law school, she was an editorial fellow in The Atlantic’s live journalism division. Nicole is passionate about abolishing carceral surveillance and other ways tech enables the violence of policing and incarceration. She spent her 1L summer interning at the Electronic Privacy Information Center in DC. In addition to her role as a Center fellow, Nicole is Vice President of Rights over Tech, a student in the Technology Law and Policy clinic, a staff editor on the Law Review, a Furman Scholar, a teaching assistant to Emma Kaufman, and Outreach Co-Chair of the Asian Pacific American Law Students Association.