Tutku Bektas LLM ’18 is an attorney admitted to the New York State Bar and is a future pupil barrister at the Bar of England and Wales. Prior to the ICJ fellowship, Tutku worked as a trainee and associate for international arbitration and public international groups of leading law firms in Paris. She contributed to the preparation of the Secretary-General’s report on State Responsibility at the United Nations Office of Legal Affairs, Codification Division. As the recipient of NYU International Law and Human Rights Fellowship, she assisted Dr. Nilufer Oral during the 70th session of the International Law Commission. Tutku continued assisting Dr. Oral as a legal researcher at the Centre for International Law at the National University of Singapore. She is the co-author of “Sea-Level Rise and the Law of the Sea: Filling the Legal Gaps through Informal Lawmaking” in Natalie Klein’s Unconventional Lawmaking in the Law of the Sea (Oxford University Press, 2022). Tutku’s non-profit experience includes working with and advising journalists as part of the legal team at the Media Defence, and assisting barrister Can Yeginsu with the mandate of UK High Level Panel of Experts on Media Freedom.

During her LLM at NYU, Tutku was a member of the NYU team that competed at the Philip C. Jessup International Law Moot Court Competition. The team reached international rounds in Washington D.C. and Tutku was individually ranked among best speakers in both national and international rounds. As a Transitional Justice Scholar at the Center for Human Rights and Global Justice, she served as part of the legal research team at Human Rights Watch for the launch of their international campaign calling on the government of Gambia to bring former president Yahya Jammeh to justice. Tutku was later awarded the NYU Public Interest Prize for LLMs. Tutku obtained her undergraduate law degree from the University of Oxford (Exeter College) as an Ahmet Ertegun scholar. Later, she completed the Bar Professional Training Course as an Astbury Scholar of the Honourable Society of Middle Temple. 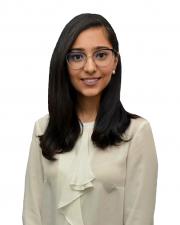 Tanishtha obtained her LLM in International Legal Studies from NYU, where she was a Human Rights Scholar and Transitional Justice Scholar. As a member of the UN Diplomacy Clinic, she served as an advisor to the Permanent Mission of the Maldives to the United Nations. During her LLM, she also served as a research assistant to Prof. Margaret Satterthwaite at the Accountability for United States Rendition & Torture Program and as an extern at Human Rights Watch. Upon graduating, she was awarded the International Finance Development Fellowship placement at the Organisation for Economic Co-operation and Development (OECD). She received her LLB from Gujarat National Law University in India. 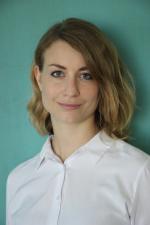 During her LLM at NYU as a Fulbright Scholar, Céline was a Research Assistant to Visiting Professor Phoebe Okowa and a member of NYU’s Global Justice Clinic, where she co-drafted a shadow report for the CEDAW Committee. She was also awarded Best Oralist for the Prosecution in the U.S. National Rounds as a member of NYU’s ICC Moot Court team. Prior to her LLM, Céline interned at the Office of the Prosecutor of the ICC. She obtained her first law degree and a B.Sc. in economics at the University of Vienna, the former as the best graduate in 2013/2014. 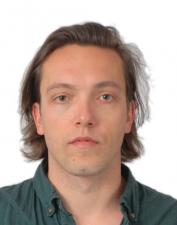 Felix Boos LLM ’19 worked as a Research Associate for Professor Andreas Zimmermann at the University of Potsdam from 2016 until 2018. In that role, Felix was junior counsel in a case before the International Court of Justice and served as an Assistant Editor of the 3rd Edition of the Commentary on the ICJ Statute. Prior to that, Felix was a Research Assistant in investor-state arbitration for Professor Stephan Schill at the Max Planck Institute for International Law.

Felix obtained his LLM from NYU Law where he was a Hauser Global Scholar and a Fulbright Scholar. As a member of NYU’s International Organizations Clinic, he advised UNICEF Innovation on a suitable data governance framework. During his time at NYU, Felix served as a Research Assistant for Professor José E. Alvarez and worked on data governance issues with NYU’s Guarini Global Law & Tech initiative. Felix received his First State Exam from the University of Heidelberg graduating in the top 5% of his class. He has also published several pieces on international law, including in the Journal of International Criminal Justice. 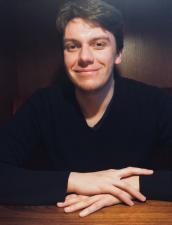 Tim McKenzie JD ’16 has been an associate at King & Spalding LLP since 2016.  As a member of the firm’s international arbitration and litigation practice, his experience includes acting in investment treaty and commercial arbitrations under the ICSID, UNCITRAL, and ICC Rules, as well as in cross-border litigation matters before U.S. state and federal courts.  Tim’s practice at King & Spalding includes both French and Spanish-language cases.

Tim obtained his JD from New York University School of Law, where he was a Senior Executive Editor of the NYU Journal of International Law and Politics, winner of the International Human Rights Award and a Lloyd N. Culter / Salzburg Seminar Fellow.  Tim performed work on behalf of the United Nations Development Program as a member of NYU’s International Organizations Clinic and was also a two-time member of NYU’s Philip C. Jessup international law moot court team, winning the U.S. National Championship in 2015 and finishing among the top 8 teams worldwide in 2016.  Tim obtained his B.A. magna cum laude in international relations from the University of Pennsylvania in 2011. 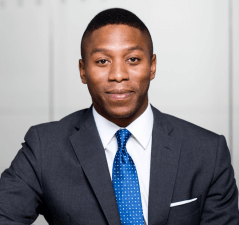