Tax law. Innovation. The US Supreme Court. Current events. These are among the topics explored in a range of podcasts developed and hosted by NYU Law faculty members. Informed and lively, these podcasts draw audiences that extend far beyond the Law School.

If you haven’t tuned in yet, here’s a quick guide. 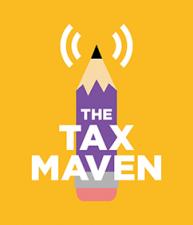 “There is a significant chunk of the population that will find what tax scholars care about very compelling, because it really is about money, power, and inequality—all these burning questions that put tax law in the headlines,” says Dean. “That’s what tax folks have been focused on for years and it somehow gets lost in translation.”

Episodes also feature tax quotes selected by LLM students and a “pencil question,” with the prize of an official Graduate Tax Program pencil if guests correctly answer a trivia question posed by Dean. 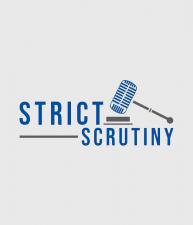 Strict Scrutiny
In a legal media sphere dominated by male pundits, a team of women—three law professors and an appellate litigator—keep a trained eye on the US Supreme Court, discussing cases, justices, and the impact of the courts for an audience that includes both legal insiders and members of the general public. In episodes such as “Sipping My Tea,” which recapped the Court’s opinion on gerrymandering and the census, and “Criminally Petty,” which explored New Jersey’s Bridgegate scandal, Frederick I. and Grace Stokes Professor of Law Melissa Murray and her co-hosts Leah Litman, Kate Shaw, and Jaime Santos offer humorous perspectives that blend legal expertise with pop culture.

“Our goal is to demystify the Court and the legal culture that surrounds it,” says Murray. “We definitely want everyone to understand the role that the Court plays in their lives and how they, too, can be a part of what the Court does.” With a steadily growing fanbase, Strict Scrutiny recently began hosting live shows, and has a live episode planned for NYU Law in Fall 2020. 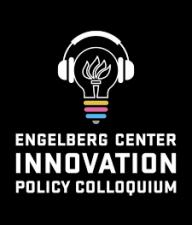 Engelberg Center’s Innovation Colloquium
Engelberg Live!
The Engelberg Center on Innovation Law & Policy’s podcasts are designed to make its programs available to anyone interested in innovation law. The center first launched its podcast Engelberg Center Innovation Policy Colloquium, featuring interviews conducted by executive director Michael Weinberg. In each episode, Weinberg hosts speakers from the center’s annual Innovation Policy Colloquium, a semester-long program with presentations on cutting-edge work in the areas of invention and new technology. One recent discussion featured NYU Associate Professor of Anthropology and Museum Studies Jane Anderson on the application of intellectual property law to works by indigenous people that are held in archives and museums.

“We have these great events and these great speakers who are coming through the Law School,” says Weinberg. “We were looking for ways to make the experience of the colloquium more accessible to people who weren’t able to be there specifically when it was happening.” The center’s desire to expand its offerings for a broader audience led to the debut of its second podcast, Engelberg Live!, with audio from other events held throughout the year. 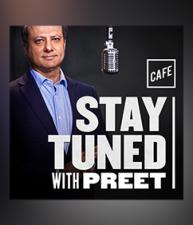 Stay Tuned with Preet
The veteran podcast in the lineup is Stay Tuned with Preet, hosted by Preet Bharara, a former US Attorney in the Southern District of New York who is now a distinguished scholar in residence at NYU Law. Launched in 2017, Stay Tuned focuses on unpacking societal issues as they relate justice and the law. Each episode features an in-depth interview with scholars and experts on topics that have included the Mueller report, President Trump’s impeachment trial, and the coronavirus outbreak.

“I conceived of the Stay Tuned podcast as an extension of my public service and new teaching role,” says Bharara. “We were at a time of great public interest in the law and concern about threats to the rule of law. And though out of federal office, I still had strong feelings about justice and fairness and wanted to be able to express those views on this new booming platform, longer than a tweet and shorter than a book.” 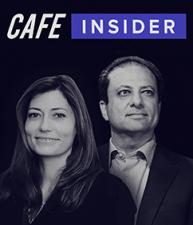 CAFE Insider
What happens when two friends and former prosecutors get together for a chat on law and politics? They might just start a podcast. After Professor of Practice and Distinguished Scholar in Residence Anne Milgram, former New Jersey Attorney General, joined Preet Bharara on a few episodes of his podcast, Stay Tuned with Preet, he asked if she’d be interested in co-hosting a weekly show on current news.

“On Cafe Insider, Preet and I try to make sense of the headlines and the issues at the intersection of law and politics. We explore complex topics in a way that traditional journalism often does not—by going deep into a legal analysis of the critical issues that affect us all,” says Milgram. “One of our listeners described it as being the Car Talk of law and politics.”

“In conversation with Dean Trevor Morrison, Preet Bharara discusses his career as US Attorney for the Southern District of New York”
NYU Law Magazine 5/12/17