In a Center for Diversity, Inclusion, and Belonging discussion, Pamela Newkirk explores why many corporate diversity initiatives fail

While much of corporate America has publicly pledged support of the Black Lives Matter movement, several key strategies that organizations have adopted to diversify their ranks are failing, NYU journalism professor Pamela Newkirk said in a September 16 discussion that was hosted by the NYU Law’s Center for Diversity, Inclusion, and Belonging. 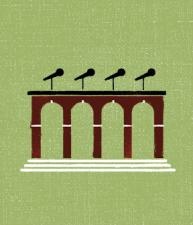 The conversation between Newkirk and Chief Justice Earl Warren Professor of Constitutional Law Kenji Yoshino focused on findings from her 2019 book, Diversity, Inc., a critical examination of diversity initiatives in the workplace. “I think many institutions have now gotten into the habit of investing money in the apparatus of diversity, instead of actually investing in diversity and investing in interventions and investing in new strategies that would enable it to actually realize diversity,” she said.

Chief diversity officers often do not have access to critical metrics that they need to do their jobs, Newkirk said, citing research from consulting firm Russell Reynolds, and many executives in that role lack real clout within their organizations. “What I have found in talking to many chief diversity officers is that many feel marginalized,” Newkirk said. “Many are members of marginalized communities, and so you have these people from marginalized groups coming into these institutions, where often times they become the diversity in the executive ranks. And then it’s like they are swimming against the tide in their organization. So it’s a very difficult role.”

“What the study found is that mandatory training often fuels resentment among white men, so instead of becoming allies of this movement for diversity, many react negatively to it,” Newkirk said. “There’s nothing in any of the research that shows that [mandatory training] works, and there’s some research that shows it might actually hurt. I just question why institutions continue to go down the path when they have very little to show for it.”

Newkirk emphasized, however, that other types of diversity-building initiatives can be more successful. A case study in her book examined how Coca-Cola increased diversity in the wake of a racial discrimination suit with a task force that focused on hiring and compensation metrics. “They looked at the metrics across racial and gender lines, they looked at the ways in which bias had metastasized in unequal pay and unequal opportunity and unequal bonuses,” she said. “And only after seeing the patterns could they disrupt those patterns.”

Other effective measures, she said, include mentoring, voluntary training such as reading and discussion groups, and providing compensation incentives to managers for building diversity.