A Reckoning in Racial Justice: NYU Law faculty and scholars discuss policing reform and the need to combat racial and economic inequality 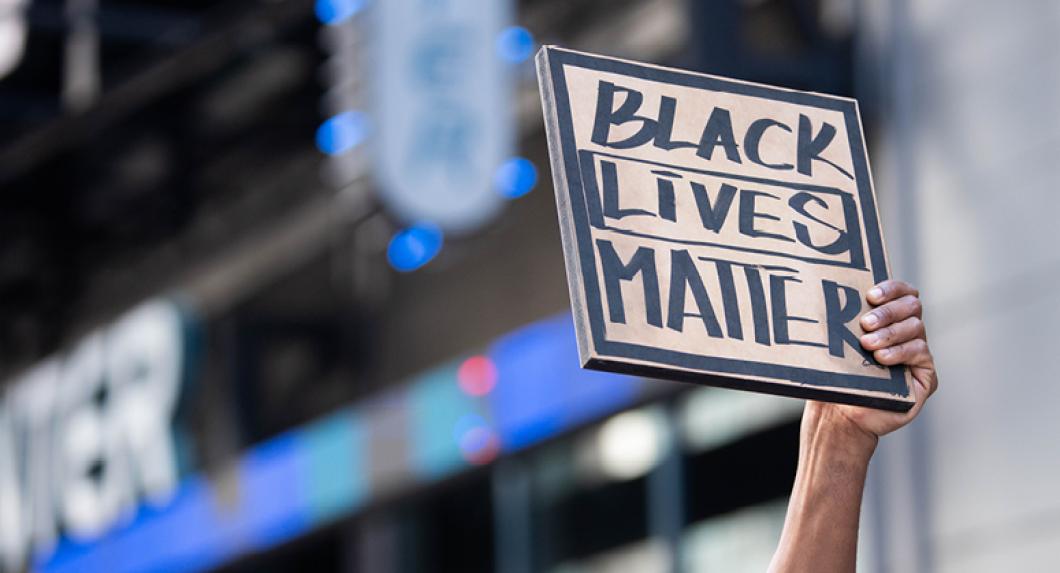 The murder of George Floyd, an unarmed and handcuffed black man, by Minneapolis police officer Derek Chauvin has sparked worldwide protests against police brutality and systemic racism in the United States, and intensified urgent national discussion on how to remedy the effects of centuries of white supremacy. Read what NYU Law faculty and other scholars at the Law School have to say about the state of policing, current protests, and the work that must be done to create just and equitable systems in society.

Melissa Murray, Frederick I. and Grace Stokes Professor of Law and faculty director of the Birnbaum Women’s Leadership Network at NYU Law, spoke to MSNBC about the recent murder of George Floyd and how the protests in its wake reflect a deep-seated sense that the American system of governance has failed its people: “These protests are about the use of police force, about military force, but they`re also generally about the failures of the state,” Murray said. “So these protests are largely about George Floyd and his senseless death, but I think they are animated by the broader sense that the state has failed all Americans.”
“George Floyd,” MSNBC’s 11th Hour with Brian Williams

Writing in the Washington Post, Barry Friedman, Jacob D. Fuchsberg Professor of Law and Affiliated Professor of Politics and director of the Policing Project at NYU Law, called for a reimagining of public safety in the United States. Armed police officers should not be dispatched to handle disputes that should be resolved by experts with more relevant training, such as social workers or mental health professionals, he said. “We call upon the police to do far more than they’re capable of doing, and because police are trained in the force of law, that’s what we get,” said Friedman, who was recently named a special advisor to New York State Attorney General Letitia James in the investigation of recent interactions between the New York City Police Department and protestors across the city.
“Can the federal government fix our policing problem?,” Washington Post

In a Q&A with the New Yorker’s Isaac Chotiner, Bryan Stevenson, Aronson Family Professor of Criminal Justice, discussed the demonstrations that followed Floyd’s death. Stevenson noted that the ideology of white supremacy, which justified slavery, has never been acknowledged in the United States, and still guides how black people are treated by laws, policies, and government entities like the police force. “You can’t understand these present-day issues without understanding the persistent refusal to view black people as equals,” said Stevenson. “…That history of violence, where we used terror and intimidation and lynching and then Jim Crow laws and then the police, created this presumption of dangerousness and guilt.”
“Bryan Stevenson on the Frustration Behind the George Floyd Protests,” New Yorker

In the New York Times, Stevenson, who is the founder of the Equal Justice Initiative (EJI), discussed EJI’s new report, which documents the more than 2,000 black people who were lynched by whites in the 12 years of Reconstruction after the Civil War. Through the EJI, Stevenson opened the National Memorial for Peace and Justice in 2018, which memorializes the black victims of lynching during Reconstruction and the decades that followed. “It’s only because we gave in to this lawlessness and abandoned the rule of law and decided that these constitutional amendments would not be enforced that it was possible to have nearly a century of racial terror,” he said.
“Over 2,000 Black People Were Lynched From 1865 to 1877, Study Finds,” New York Times

In an opinion piece for CNN, Anne Milgram ’96, Professor of Practice and Distinguished Scholar in Residence, described how in 2013 the city of Camden, New Jersey, took the radical step of eliminating its municipal police department, replacing it with a new, countywide entity. “[The change] did not eliminate law enforcement,” she wrote. “Rather, it reimagined a new police department that prioritizes public safety, accountability and community. And it institutionalized the reforms, free from budget cuts and restrictive contracts, needed to fully shift the culture.”
“How a new kind of policing saved America's most dangerous city,” CNN

Associate Professor of Clinical Law Deborah Archer, the co-faculty director of the Center on Race, Inequality, and the Law, traced the historical background of jail support—volunteer efforts to assist arrested protestors—for Teen Vogue: “Wealthy people, both black and white, bailed Dr. King and other civil rights activists out of jail after marches and protests. And the National Lawyers Guild began its legal observer program in the late 1960s,” she said.
“Jail Support: What Is It and How Does It Support Social Movements?,” Teen Vogue

In the Chronicle of Social Change, Martin Guggenheim ’71, Fiorello LaGuardia Professor of Clinical Law, argued that the country’s growing intolerance and action against the systemic racism in policing should be harnessed to confront the racism inherent in the US child welfare system. In particular, Guggenheim called for an overhaul of the Adoption and Safe Families Act (ASFA), which he noted disproportionately separates black and brown families. “The law has been responsible for the massive destruction of black and brown families,” he said. “More than 2 million children’s parents’ rights have been terminated by American courts since ASFA was enacted.”
“Let’s Root Out Racism in Child Welfare, Too,” Chronicle of Social Change

In an op-ed in the New York Times, Lily Batchelder, Robert C. Kopple Family Professor of Taxation, wrote that untaxed inheritances, which largely benefit white families, perpetuate a widening racial wealth gap. She proposed an inheritance tax that would create greater economic equity. “This year, Americans will inherit about $765 billion,” Batchelder wrote. “People who were already rich will inherit a lot more than people who weren’t wealthy. So will white households; they are twice as likely as black households to receive an inheritance, and receiving an inheritance is associated with an increase in wealth that is 26 times larger for white families than for black families,” she wrote.
“Tax the Rich and Their Heirs,” New York Times

Lauren-Brooke Eisen, director of the justice program at NYU Law’s Brennan Center for Justice, spoke to the New York Times for an article chronicling the use of tear gas against largely peaceful protesters. “What’s really important is that these videos right now are showing so many law enforcement officials in so many cities using tear gas,” said Eisen. “The public is seeing for themselves that most of these protesters are peaceful.”
“Here Are the 100 U.S. Cities Where Protesters Were Tear-Gassed,” New York Times