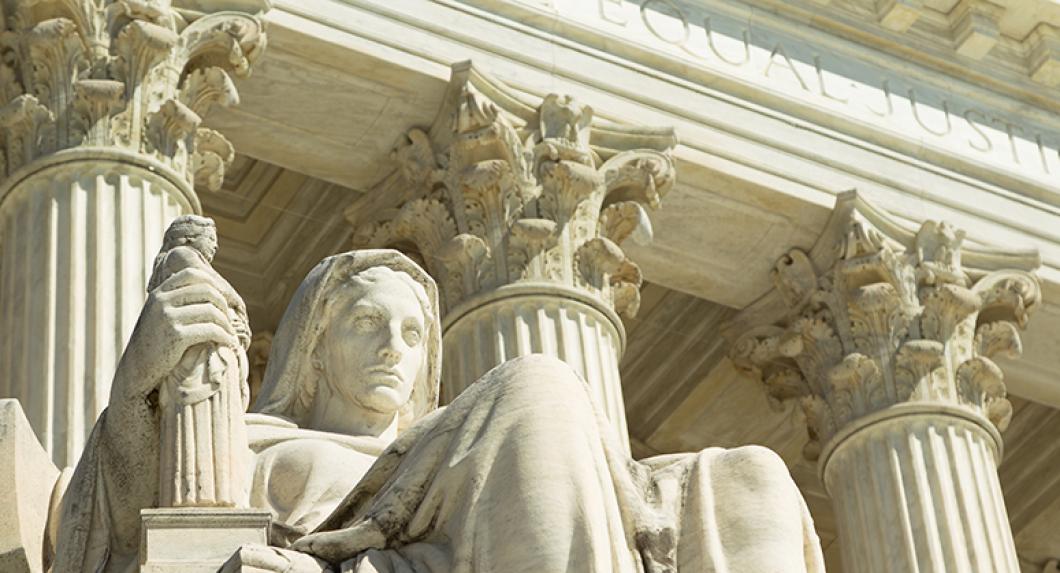 When the US Supreme Court convened for business last fall, it was down a justice and had few high-profile cases on its docket. Not so this year. Justice Neil Gorsuch is beginning his first full term on the Court, and a line-up of major cases already await review. What to expect from the Court’s 2017-18 Term was the focus of the inaugural Latham & Watkins Forum on September 13. The program also marked the kick-off of the ninth year of the Law School’s Forum, a lunchtime discussion series for students at which leading experts address major legal and public policy topics, explore ideas, and offer guidance on professional development. 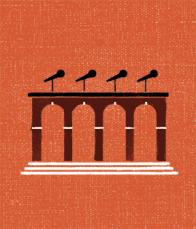 Panelists for the “Supreme Court Preview” discussion brought a broad range of perspectives to the topic. Two legal scholars—Michael McConnell, a professor and director of the Constitutional Law Center at Stanford Law School (who is visiting at NYU Law this fall and who moderated) and Kenji Yoshino, Chief Justice Earl Warren Professor of Constitutional Law at NYU Law—were joined by Adam Liptak, Supreme Court correspondent for the New York Times (who is co-teaching a First Amendment class at the Law School this semester) and Melissa Arbus Sherry, a partner and member of the Supreme Court & Appellate Practice at Latham & Watkins.

Masterpiece Cakeshop, Ltd. v. Colorado Civil Rights Commission. Involving a baker who refused to design a cake for a same-sex commitment ceremony, saying to do so would conflict with his religious beliefs, the case pits the baker’s freedom of speech and religion claims against protections afforded by Colorado’s antidiscrimination law. “This really is a culture war,” observed Yoshino. “As the LGBT rights movement has progressed, the question of who gets to emerge from the closet, or enter the public sphere [same-sex couples, for example], and who is pushed out of the public sphere and has to enter the closet [individuals opposing same-sex unions] is fascinating. … What we’re trying to decide here is really who gets a place in the public square.” The outcome likely turns on where Justice Kennedy is on this issue, said Sherry (noting that this had become a familiar refrain in recent terms). “And it’s a hard one for him,” she added, “because it hits where he is on First Amendment issues with where he has been on gay rights issues, and it really puts them up against each other.”

Gill v. Whitford. A case involving “the curious way that the United States conducts its elections,” as Liptak put it, noting, “unlike most of the rest of the world, [the US] allows elected lawmakers to draw legislative maps.” In this case, the lawmakers were Wisconsin Republicans who designed election districts to heavily favor their own party (as Democrats have done when they have controlled a state’s government). The Supreme Court has been reluctant to intervene in political gerrymandering disputes (as opposed to racial gerrymandering), in part because it’s so hard to determine what remedy to prescribe. But “this case arises under fairly extreme facts,” Liptak observed, and that, said Yoshino, could lead the justices to conclude, “We have to do something here.”

Jesner v. Arab Bank, PLC. This case presents the question of whether a corporation may face liability under the Alien Tort Statute, which allows foreign citizens to seek redress in US courts for human-rights violations committed abroad. “I’m curious about the ideological valence of this case,” McConnell said, “because in general you might think that the leftward side of the Court would be more interested in expansive liability for human-rights violations … but on the other hand, it’s the rightward side of the Court that are more likely to say, ‘Look at what the Alien Tort Statute says, and it draws no such distinction [on liability for corporate vs. non-corporate defendants].’” Yoshino agreed. “It’s an interesting litmus test for Justice Gorsuch,” he said. “If we think about where Justice Scalia might have been torn on textualist grounds versus ideological grounds on this case, we’ll learn whether or not Justice Gorsuch is similarly torn between a methodology and an ideology.”