Government lawyering and politics: A discussion with Anne Milgram and Preet Bharara 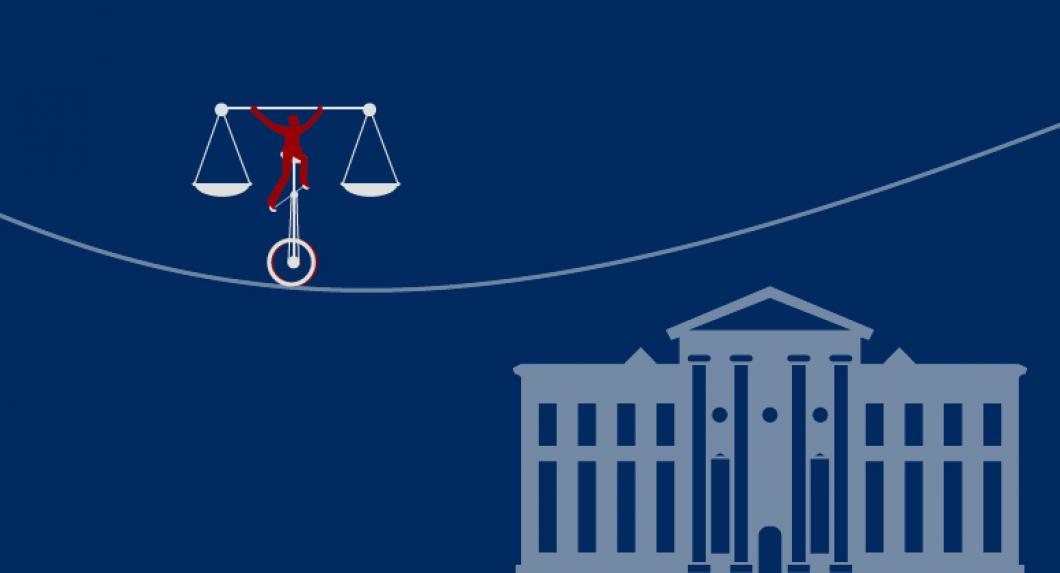 In November 2000, on the day before the Bush-Gore presidential election, Anne Milgram ’96 accepted a job with the Civil Rights Division of the US Department of Justice. Recounting her decision at a Latham & Watkins Forum on September 27, Milgram said: “I will tell you—and you should not trust my political advice on these things because I also believed that Secretary Clinton would win—I was confident that Al Gore would be the next president of the United States.”

This pivotal moment in Milgram’s career served as the opening anecdote for the Forum, which was titled “Government Lawyering in the Trump Administration.” (Scroll down for a video.) Joining  Milgram in a conversation moderated by Dean Trevor Morrison was Preet Bharara, who served as US Attorney for the Southern District of New York from 2009 to March 2017. Milgram and Bharara are now distinguished scholars in residence at NYU Law, and both are teaching criminal justice seminars at the Law School during the 2017-18 academic year. A central theme of their Forum discussion was whether and how ideological considerations should factor into a decision to work as a government attorney—an issue Milgram encountered when she learned that, contrary to her prediction, George W. Bush had won the election.

“I struggled in that very moment with I think a lot of the questions that we’re going to touch on today,” Milgram said. “Should I go into an administration—I was a registered Democrat—that was different than my political views? Would I be complicit in things I didn’t agree with if I went in? … I wondered if it would be held against me if I joined the administration.” She took the job, which was in the criminal section of the Civil Rights Division, and said her work “was very deeply supported by the administration.” But, she added, that wasn’t the case for all sections of the Civil Rights Division.

Bharara’s firing by the Trump administration provided grist for another topic: dealing with political pressure or other potentially inappropriate efforts to influence an attorney’s work. Just prior to his termination, President Trump had left a message at Bharara’s office asking Bharara to call him back. Bharara said he and his aides spent an hour thinking through, “If I return the call, and if something inappropriate was said, what would I say in response?” as well as “How would it look if nothing untoward were said?” They ultimately decided “there was really no good way that this could look in the future.”

Bharara chose not to return the call, a decision he says he’s particularly happy with in light of subsequent reports about President Trump asking then-FBI Director James Comey to drop his investigation of former National Security Director Michael Flynn. Whether a lawyer should resign in such circumstances or reject the attempt to meddle and remain in his or her position is a difficult question, Bharara said, adding, “It’s arguable both ways.” (Bharara provides more details on his final days as US Attorney on his podcast, Stay Tuned with Preet.)

The goal of the Forum discussion, Morrison said, was “not to try and convince any of you of any particular point of view on how to think about government lawyering in the Trump administration—or in any other administration for that matter.”  Nor was it “to urge on you any particular view about the right answer to questions that might arise under that rubric.” Instead, he said, “we hope to suggest ways of thinking about the hard issues that could arise, … frameworks for approaching the kinds of tradeoffs that one might face at different points of one’s career.”