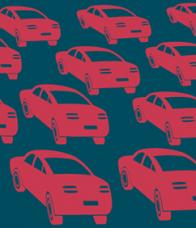 At the November 3 panel “Uber Alles? Implications of the ‘Share Economy,’ ” academics and practitioners addressed a central legal question that Uber and its cohort have raised: Are these drivers independent contractors or employees?

Since its founding, Uber has grown exponentially, spreading from San Francisco to more than 60 countries. Now Uber, Lyft, and the like are embroiled in more than 40 lawsuits nationwide, ranging from antitrust violations to employee misclassification. According to Matthew Daus LLM ’97, former chair of the New York City Taxi and Limousine Commission and now partner at Windels Marx Lane & Mittendorf, this turmoil is the result of a mindset he attributes to millennials—“technology goes first and the law goes later.”

Katrina Wyman, Sarah Herring Sorin Professor of Law, suggested that overall Uber and Lyft represent a positive development since they provide an opportunity for drivers who cannot afford to buy or lease taxi medallions. Yet those new jobs are at the heart of two class-action lawsuits against Uber and Lyft, which California judges ruled earlier this year must be decided by juries.

Rachel Bien, co-chair of Outten & Golden’s Class & Collective Action Group, shed light on the question of whether Uber has misclassified its drivers. She laid out the Department of Labor’s six “economic realities” factors, which are meant to distinguish between independent contractors and employees. Regarding the “nature and degree of control by the employer,” Uber claims its drivers can set their own schedules, so they must be independent contractors, she said. Yet Uber drivers allege that the company, via its app, exerts a large degree of control: Uber sets fares and fires drivers based on the ratings their riders give them.

Evan Spelfogel, a member of Epstein Becker & Green’s labor, employment, and employee benefits practices, wondered if, had Uber and Lyft modified their business models—“if they had more user-friendly contract terms, if the companies relinquished the right to day-to-day correction and control”—they might have received favorable summary judgments instead.

If Uber stayed strictly within the law, Bien countered, it would endanger its profitability. By calling them independent contractors, Uber avoids providing benefits and reimbursing its drivers for work-related expenses. At the same time, to keep customers, Uber needs to exert an employer-like control. “They’re really not going to be able to ensure that their customers have a good experience unless they have some rules that they will require their drivers to abide by,” Bien said. It’s murky enough that a jury will have to decide.

Given the proliferation of independent contractors throughout the labor force, however, Samuel Estreicher, Dwight D. Opperman Professor of Law and director of the Center for Labor and Employment Law, suggested that the worker classification dichotomy is no longer appropriate: “Do we need to move to a legal regime where a lot of things don’t turn on whether you’re an employee?” He suggested the solution might be a model with some benefits for independent contractors.