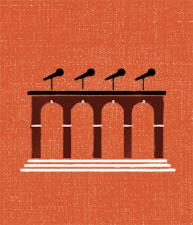 On December 1, attorneys and academics convened to discuss constitutional, statutory, and policy questions related to firearms litigation, including product liability suits against gun makers. The virtual event, “Firearms Litigation: Liability, Regulation, and the Constitution,” was co-sponsored by NYU Law’s Center on Civil Justice, the Duke Center for Firearms Law, and the Solomon Center for Health Law and Policy at Yale Law School.

In the first panel, speakers addressed the broad protections against lawsuits that the Protection of Lawful Commerce in Arms Act (PLCAA) grants to gun manufacturers. In the second and third panels, topics included historical and modern interpretations of the Second Amendment, and how the current composition of the Supreme Court and lower courts will influence gun litigation in the future.

Selected remarks from the discussions:

Alla Lefkowitz, director, affirmative litigation at Everytown Law: “Basically, what [PLCAA] does is it bars all civil lawsuits against members of the gun industry for pretty much everything as long as it’s a case involving the criminal or unlawful misuse of a gun or ammunition.…If there’s a criminal shooting, then your case will likely be barred unless it fits within six exceptions.”

Deepak Gupta, founding principal at Gupta Wessler: “The Supreme Court has not defined [the Second Amendment’s] scope or its methodology for a decade.… If we think about the Second Amendment in terms of the operative legal rules that the Court has produced, the one operative legal rule we know is that there can’t be a complete ban on handguns in the home, right? [District of Columbia v. Heller] tells us that and we don’t know very much else.”

Troy McKenzie ’00, professor of law at NYU Law: “I don’t think anyone should put any money on a bet that there will be broad sweeping [federal gun legislation] and I don’t think this really matters who controls Congress. I just think it’s very, very hard to build a coalition that could enact legislation as sweeping as, say, some of the gun control legislation of the sixties or the [Brady Handgun Violence Prevention Act], for example. At the state level, I suspect that what we may end up seeing is something along the lines of what we have seen since Heller, which is legislation that is very responsive to particular events and particular incidents.”