Professor Troy McKenzie ’00 has been elected to the prestigious American Law Institute (ALI). The ALI is the leading independent organization in the United States producing scholarly work to clarify, modernize, and improve the law. Its membership of approximately 4,450—encompassing both elected and lifetime members—includes distinguished lawyers, judges, and law professors whose work with ALI holds enormous sway in US courts and legislatures, as well as in legal scholarship and education. 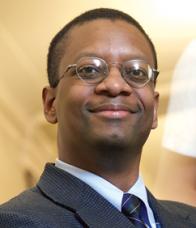 McKenzie joined the Law School faculty in 2007; at the end of his first year, he was honored with the Albert Podell Distinguished Teaching Award for outstanding achievement in the classroom. His research interests include bankruptcy, civil procedure, complex litigation, and the federal courts. Last year, he became co-faculty director of the new Center on Civil Justice, which is dedicated to the study of the US civil justice system. He also serves, by appointment of the chief justice, as a reporter to the Advisory Committee on Bankruptcy Rules of the Judicial Conference of the United States.

Before joining the Law School, McKenzie was a litigation associate in the New York office of Debevoise & Plimpton. He clerked for Judge Pierre N. Leval of the US Court of Appeals for the Second Circuit and Justice John Paul Stevens of the US Supreme Court.

ALI President Roberta Cooper Ramo signaled high hopes for the new inductees. “I am confident that these new members will embrace our tradition by giving generously of their time and intellect so that ALI’s law reform work will continue at the high level set by our founders.”