The Price of Freedom 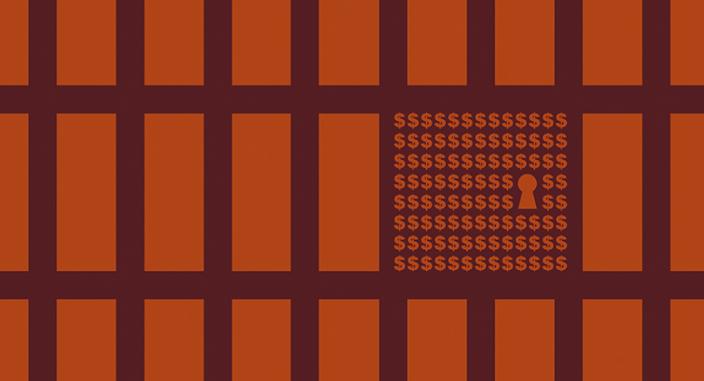 How NYU Law is helping to address the injustices of the bail system.

Unable to pay a $1,000 bail, New York City resident Miguel Padilla spent a week on Rikers Island in 2015. He didn’t want to be away from his family while awaiting trial, so he pleaded guilty to get out. The city paid more than $450 per day to keep him in jail, and Padilla paid as well: He lost his job for missing a day of work and now has a criminal record. His crime? Driving with a suspended license, a misdemeanor.

Padilla’s case exemplifies the staggering difference in outcomes for the poor versus the better off. More than 90 percent of misdemeanor defendants who cannot post bail plead guilty, according to 2013 data from Brooklyn Defender Services. In contrast, of those who can post bail, only 40 percent plead guilty. The New York City Criminal Justice Agency reported that in 2015, New York City saw more than 21,000 cases in which bail was set at $2,500 or less and the defendant could not post it.

At the same time, New York has become a center of activity for those focused on combating what they view as socioeconomic injustice inherent in the bail system. And within the NYU Law community in particular, a number of students, faculty, and alumni are making the case for reform.

In 2007, Robin Steinberg ’82, the creator of the Bronx Defenders, a public defense office, co-founded the Bronx Freedom Fund to aid defendants accused of misdemeanors. Eventually, however, the fund ran into regulatory roadblocks. Undaunted, Steinberg helped convince state legislators to pass a law in 2012 facilitating 501(c)(3) charitable bail organizations. The Bronx Freedom Fund, the first such organization in New York State, resumed operations and has provided bail for more than 1,200 clients to date.

The new law also encouraged others to champion the cause, including Scott Hechinger ’10, senior staff attorney at Brooklyn Defender Services (BDS), and Joshua Saunders ’06, a former senior staff attorney at BDS and now managing attorney of the King County (Washington State) Department of Public Defense’s Associated Counsel for the Accused Division. The two co-founded the Brooklyn Community Bail Fund (BCBF), which launched in May 2015. The nonprofit bails out misdemeanor defendants in cases in which bail has been set no higher than $2,000—the upper limit dictated by the 2012 statute.

Charges against those defendants include petit larceny, trespassing, criminal possession of a controlled substance, and turnstile-jumping. The consequences of going to jail to await trial are anything but small, however. Defendants run the risk of being fired (as Padilla was), losing their places in shelters, and being deported. The fund also connects clients with support services such as those provided by social workers and employment lawyers.

Hechinger and Saunders created the fund—a two-year endeavor wholly independent from BDS—because they felt hamstrung in trying to defend clients in pretrial detention. Once bail is set and the client goes to jail, Hechinger says, it’s much more difficult to mount a robust defense as long as the client is incarcerated. In 2014, defendants accused of misdemeanors in New York City who could not pay bail spent 24 days on average at Rikers.

Saunders cited Thompson also, along with Kim Taylor-Thompson, both of whom taught him in the Community Defender and Reentry Clinic, as well as Holly Maguigan, his professor in the Comparative Criminal Justice Clinic. Because of his clinical and other experiences at NYU Law, Saunders said, “I felt like I could use the skills I had to battle against injustice and a system that favors the powerful.”

In its first year, the BCBF received enough in donations to take on more than 500 clients. To date, the BCBF, which now has 12 employees, has helped more than 2,000 defendants. In November, the BCBF paid its millionth dollar in bail. Since the fund is a revolving one, it depends on clients to show up for their court dates, allowing bail to be recouped and used again. Ninety-five percent of the fund’s beneficiaries appear as scheduled, despite having no financial incentive to do so.

The BCBF has already offered guidance to potential nonprofit bail funds across the country, as well as one housed at NYU Law and run by students: Washington Square Legal Services Bail Fund. Likely the first bail fund associated with a law school, it launched in September, two years after Hunter Haney ’15 hatched the concept while working for the summer at New York County Defender Services.

Realizing, as Hechinger and Saunders had, that the ability to pay bail drastically affects legal outcomes, Haney approached Professor of Clinical Law Sarah Burns, executive director of Washington Square Legal Services (WSLS), the nonprofit entity under which most of the Law School’s clinics operate. With help from the Business Law Transactions Clinic, Haney and Burns determined how WSLS could become a 501(c)(3) charitable bail organization.

The WSLS board approved the plan in May 2015. Meanwhile, Haney, soon to graduate at the time (and now appellate counsel at the Center for Appellate Litigation), recruited Adam Murphy ’17—who in turn enlisted the help of Tristen Edwards ’17—to see the WSLS Bail Fund to fruition.

That process proved even more complex than the students had anticipated. Murphy and Edwards spent the entire 2015–16 academic year coordinating with administrators across NYU to ensure they were following proper procedures. They also sought advice from the BCBF. Murphy spent seven months becoming a licensed bail bond agent; Edwards wrote and then rewrote a comprehensive operations manual. They had to fundraise, since the enterprise depends entirely on outside contributions. Two anonymous gifts of $10,000 and $50,000 provided an enormous boost.

The WSLS Bail Fund is now an official student organization. Student case managers look at referrals from New York County Defender Services and recommend whether to pay a defendant’s bail. Clinical Professor of Law Claudia Angelos, the organization’s faculty supervisor, is the final arbiter. Then a student licensed as a bail bond agent goes to a detention facility to make payment. Case managers continue to check in with clients to remind them of upcoming court appearances; students also explain to clients that their successful attendance allows the fund to use the returned bail money to help someone else.

“I think that really resonates with people in a way that transcends the posted collateral that’s supposed to incentivize them to come back,” says Murphy. So far, the WSLS Bail Fund has helped 25 clients and recouped bail in all cases.

Burns points out the pedagogical value of the bail fund. “Many of these students will go into criminal justice work understanding in a much more on-the-ground way…what their clients face and how the system works.”

Others at NYU Law are also working on the issue. The Fair Defense Project, another student organization, has a Bail Reform Committee collaborating with the BCBF and the WSLS Bail Fund. Independently, the Center on the Administration of Criminal Law has launched a project examining ways prosecutors can help reduce recidivism and ease prisoner reentry into society, which will be the subject of its annual spring conference. “The bail-setting stage is crucial to ensure success, and that is an aspect of a prosecutor’s role that hasn’t been studied enough,” says Deborah Gramiccioni, the center’s executive director.

For Edwards, the immediacy of the impact made by the bail fund she helped create is particularly meaningful. “It’s something that you can actually do in order to directly combat this issue that is just so devastating to so many people,” she says. “It also allows you to realize that there is creativity, that there’s room within this seemingly very rigid system to create change.”