The Artifacts of NYU Law

In many ways, law schools are ever-changing. Classes enter and graduate, and faculty members eventually retire. But tangible pieces of the past remain, and sometimes can help bring history to life. Here is an eclectic assortment of some lesser-known objects around the NYU Law campus that reflect aspects of the history of the Law School, its faculty and alumni, and surrounding Greenwich Village.

A massive wooden cabinet stands across from Room 206 in Vanderbilt Hall. Pull any one of 30 metal handles, and a vertical drawer slides out to reveal a yellowed document under glass. All are British real estate documents originally acquired by Moses H. Grossman, valedictorian of NYU Law’s Class of 1894, who began collecting them when he was 12 years old. They help tell remarkable stories about both the Law School and the evolution of English law.

In 1930, Grossman, a former New York City magistrate judge, donated his collection of more than 400 items to NYU Law in honor of his friend Frederick Brown, a real estate magnate and philanthropist who bought and donated an entire building to New York University in 1929: 29 Washington Place, now known as the Brown Building. In 1911, it was the site of the infamous Triangle Shirtwaist Factory fire. After seeing the blaze from their classroom next door, NYU Law Professor Frank Henry Sommer and his students used ladders to help rescue dozens of trapped workers that day.

Two decades later, Sommer was NYU Law’s dean when, along with Grossman and Brown, he attended a ceremony celebrating the donation of “The Frederick Brown Collection of Ancient English Legal Documents Relating to the Transfer of Real Property.” 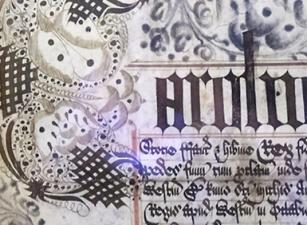 British attorney Arthur Michell, another friend of Grossman, translated the texts, which span a period from about 1250 through the reign of Queen Victoria. The pre-1558 documents are written in Latin—although even a Latin student would have trouble deciphering the parchments’ elaborate scripting. Some of the documents contain examples mentioned in William Blackstone’s seminal Commentaries on the Laws of England. In one of the most distinctive specimens, a 13th-century document from the time of Edward I, a father grants his daughter’s hand in marriage in exchange for two boatloads of wood annually along with pasturage for a quartet of pigs.

Traces of a literary icon

On the first floor of Furman Hall is the Guarini Study Lounge, also known as the Poe Room. For less than a year in 1845 and 1846, Edgar Allan Poe lived in a row house where Furman Hall now stands—one of numerous places the writer briefly called home during his itinerant life. When the Law School built Furman Hall, it replicated the façade of Poe’s house on the exterior of the building.

The Poe Room contains artifacts related to the departed house. The Law School hired archaeologists to conduct excavations during construction of the new building. A glass case contains items that they found, primarily from a collapsed cistern used for domestic refuse in the 1890s and from a bottle dump used by the Bertolottis, an Italian American family that operated a restaurant in the building and lived above it in the 1920s. 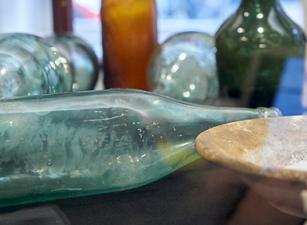 Among the found objects: flowerpots, jugs, medicine bottles, part of a brass badge from a railroad porter’s uniform, marbles, the torso of a Frozen Charlotte doll, and soda and liquor bottles. Bertolotti’s Restaurant, which operated from 1904 until the 1940s, attracted artists and writers from Greenwich Village’s bohemian scene. The room also contains more substantial pieces of the row house, including part of the original banister and bricks from the original façade. 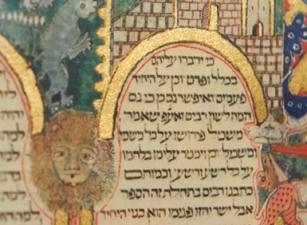 On Level B2 of the NYU Law Library, two floors below a recently installed painting by Willem de Kooning, is the Caroline and Joseph S. Gruss Talmudic Civil Law Library. Hanging in that space is a set of vividly illuminated Hebrew manuscripts. (It’s a small reading room, so visitors should be mindful of those studying.)

Another kind of illumination is suspended from the ceiling in the Welters Lobby, just inside Vanderbilt Hall’s main entrance. The elaborate multitiered chandelier, handcrafted by Murano artisans and inspired by a 1930s Dutch design, was donated to the Law School in 2005 by University Professor Joseph Weiler and his wife, Ruth.

Wilf Hall, the Law School’s newest building, contains a few architectural elements of the 19th-century building it replaced. The wooden conference room tables in Wilf Hall are made from the old structure’s beams, evident in the tables’ unique patterns and markings.

In D’Agostino Hall, a glass case on the mezzanine level houses a curious collection of 13 figurines donated in memory of Nathaniel Carmen ’37, a real estate lawyer who passed away in 1990. Almost all the figurines are caricatures of old-fashioned barristers in wigs, resulting in a sort of Anglophilic link with the Frederick Brown Collection. 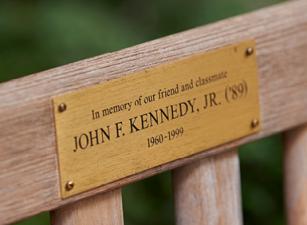 Two memorials reside in the front courtyard of Vanderbilt Hall. A small plaque on a simple wooden bench reads, “In memory of our friend and classmate John F. Kennedy Jr. ’89, 1960-1999.” In September 1999, following Kennedy’s death in a plane crash, the Class of 1989, which donated the plaque, organized an event in Greenberg Lounge, where members of the NYU Law community gathered to pay tribute to Kennedy’s life.

Not far from the bench is a low wall of craggy gray rock with a perpetual flow of water cascading down its center. The fountain was dedicated in September 2005 in memory of those who died at the World Trade Center on September 11, 2001. Among those lost were six NYU Law alumni: Daniel Brandhorst LLM ’93, Mark Brisman ’92, Carol Keyes Demitz ’77, John Perry ’89, Christopher Quackenbush ’82, and Clarin Siegel Schwartz LLM ’78. The water is always moving, but the wall remains.