To highlight how state-level actors are addressing energy and environmental issues in ways that sometimes differ from the federal government’s approach, NYU Law’s Institute for Policy Integrity (IPI) held a daylong conference, “Green States: Energy, Climate, and a Different Federalism,” on September 26. 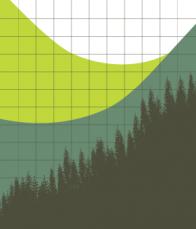 “The energy regulators, policymakers, and attorneys general who will talk today are at the front lines of innovation and are enormously important actors for our nation’s future,” said Dean Emeritus Richard Revesz, the IPI’s director, in his introductory remarks. “They’re using both policy tools and litigation in their efforts, and in many cases they’re making substantial progress. And as their efforts diverge from federal efforts, they’re also redefining federalism in this new era of American politics.”

Select remarks from the panelists:

Eric Schneiderman, New York State attorney general: “With the new administration clearly in the pockets of the fossil fuel industry, the chemical industry, and others, and putting people in power who deny the most basic science, it’s very important to recognize the brilliance of our federalist system, that there is this second tier of protection at the state level.”

Lisa Madigan, Illinois attorney general: “It is absolutely vital that we keep moving forward, and as state attorneys general we have a lot of tools. It’s not just litigation. We also have the ability to make arguments in policy venues, such as our state legislatures, our state utility commissions, and before federal agencies on environmental protection, on climate change, and certainly on clean energy.”

Brian Frosh, Maryland attorney general: “I’m worried, yet determined. I can tell you that my office and my colleagues will continue to fight, will continue to try to protect our natural resources. We will stand up for science…and we will do everything we can to make sure that every single American has clean air to breathe and clean water to drink.”