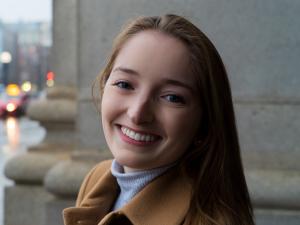 Kaitlyn McMillan '22 is interested in economic policy, with a particular focus on consumer protection and financial regulation. Prior to law school, she served as a Director’s Financial Analyst at the Consumer Financial Protection Bureau (CFPB), where she primarily worked on debt collection and debt relief issues. During her time at CFPB, Kaitlyn was a project manager for the first-ever federal rulemaking proposal on the debt collection market and supported the Division of Research, Markets, & Regulations’ policy prioritization initiatives throughout the CFPB’s first leadership transition. In addition, Kaitlyn assisted the Office of Strategy with internal consulting projects, launched a survey to solicit feedback on the CFPB’s regulatory implementation materials, and helped author two reports to Congress on the debt collection market. Kaitlyn graduated from the University of Virginia in 2017 with a B.A. in Economics and Government and is a proud native of Rockaway, New Jersey. At NYU, she is an Executive Editor for the Review of Law and Social Change and will participate in the Legislative and Regulatory Process Clinic in Washington, D.C. She spent her 1L summer with the Federal Reserve Bank of New York and her 2L summer with the New Jersey Attorney General's Office. 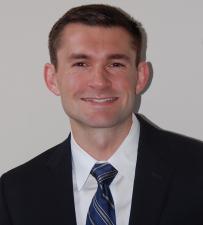 Kevin Muench '22 is passionate about voting rights, indigent defense, and public health. Kevin grew up in Atlanta, Georgia and saw firsthand the inequity in healthcare that exists in the Deep South. During undergrad, he worked at the CDC as part of the President's Emergency Plan for AIDS Relief. After undergrad, he joined PricewaterhouseCoopers, while working outside of the office with groups such as Planned Parenthood of the Southeast and the Street Smart Youth Project. He spent his 1L summer working at the Office of the State Public Defender in Bozeman, Montana. During 2L, he participated in the Racial Justice Clinic with the ACLU's Racial Justice Project and also interned for the ACLU of Georgia. He then joined the Campaign Legal Center during 2L summer, where he focused on redistricting and voting rights issues. This coming year, he will serve as an executive editor with the Review of Law and Social Change and as a member of the Racial Equity Strategies Clinic with the NAACP Legal Defense and Educational Fund. Kevin graduated from Georgia Tech in 2015 with a B.A. in Finance and a minor in Biology. 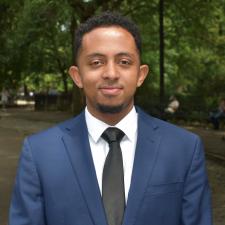 Natan Sebhat '22 has a background in foreign policy, national security, government integrity, and data privacy. Prior to law school, Natan worked as a Policy Advisor for Fahr LLC where his responsibilities included drafting policy position papers and staffing presidential candidate policy briefings. Natan specifically worked on foreign policy topics such as immigration, climate change, and use of force, among others. During his 1L summer, Natan complemented his internship at L+M Development Partners with a Research Assistant position with Professor Florencia Marotta-Wurgler, researching data privacy.At NYU, Natan serves as Co-Chair of the Black Allied Law Student Association, Finance Chair of the Social Entrepreneurship & Startup Law Society, and as a Notes Editor for the NYU Law Review. In addition to being a Furman Public Policy Scholar, he is also a Moelis Fellow of Public Affairs.  Natan graduated from Claremont McKenna College, where he double-majored in Philosophy and Legal Studies. 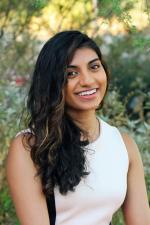 Navya Dasari ‘23 is passionate about justice in global health and technology. During college, she joined Universities Allied for Essential Medicines (UAEM) to advocate for affordable medicines and needs-driven biomedical research. As a leader on UAEM’s North American Coordinating Committee, she ran a global campaign on clinical trial transparency and worked with Congressional offices on pharmaceutical policy. She also led a delegation to the World Health Assembly, where she addressed the United Nations. After college, she joined the Policy Advocacy department of the Drugs for Neglected Diseases Initiative, leading consultations with the World Health Organization, European Union, and national health ministries to incentivize open science and access-oriented licensing. She later served as a project manager for the Free The Vaccine campaign, which advocates for the COVID-19 vaccine to be accessible to all, regardless of geography and income. Navya has also worked on legal and policy research for Prescription Justice, the Future of Privacy Forum, and the Public Interest Law Center. She is interested in the intersection of innovation policy, medical and digital technologies, and human rights. Born and raised in Scottsdale, Arizona, Navya graduated from the University of Pennsylvania in 2019 with a B.A. in Health and Societies. 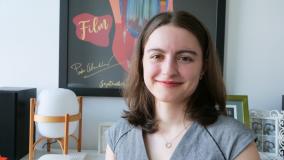 Nika Sabasteanski ‘23 is focused on the institutional design and policy reform of American health systems, specifically as it relates to preparedness for acute and chronic stressors like pandemics as well as climate change and climate migration. Prior to law school, Nika completed her Master of Public Health (M.P.H) at the Mailman School of Public Health at Columbia University in Population and Family Health with a specialization in Public Health & Humanitarian Action/Forced Migration. She completed her public health practicum at the International Centre for Migration Health and Development in Geneva, Switzerland researching the intersection between health system preparedness and domestic climate migration. For the last year, while finishing graduate school, Nika has worked as a research assistant at the National Center for Disaster Preparedness at Columbia University’s Earth Institute, working on FEMA trainings for disaster housing and economic recovery. Prior to public health school, she worked as an implementation consultant for a healthcare software company. Nika graduated Phi Beta Kappa and summa cum laude from Barnard College of Columbia University in 2017 with a B.A. in Biology. 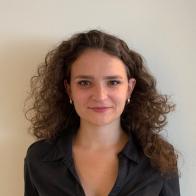 Daniela Czemerinski '23 is passionate about immigration justice and the intersection of the criminal legal system and immigration. Prior to law school, Daniela worked for almost three years as a paralegal at the New York Legal Assistance Group, where she advocated for individuals in pursuit of affirmative immigration relief. As a fully accredited DOJ representative, Daniela was responsible for handling her own caseload and she took the lead in developing the legal framework of the case. Daniela spent her 1L summer as a Policy Intern at The Door working with a coalition of direct legal service providers, child welfare representatives, and directly impacted immigrant youth to advocate for a legislative solution to an unjust immigration law. This coming year, she will serve as a Staff Editor of the Journal of Legislation and Public Policy and Co-Outreach Chair of NYU's chapter of the International Refugee Assistance Project (IRAP). Daniela graduated in 2013 from Yale University, where she majored in psychology. 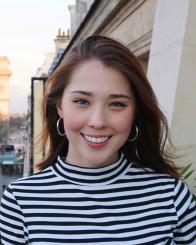 Meg Chu ‘24 is a JD/MPA candidate at NYU Law and NYU Wagner and is interested in state and local legislation and rulemaking. Before starting at NYU, she completed a two-year appellate litigation fellowship at the New York State Attorney General’s Office, supporting attorneys with litigation regarding topics such as healthcare, immigration, and environmental regulation. Previously, Meg also worked in state and local legislative advocacy at the MSPCA, a Boston-based animal welfare organization, and supported the advancement of gender equality in American politics at the Barbara Lee Family Foundation and Political Office. During her 1L summer, she interned with the Legal Counsel Division of the New York City Law Department and researched various areas of municipal law to inform City Council bills and agency rule drafts. In addition to being an FPP Scholar, Meg is a Birnbaum Women’s Leadership Fellow, a Staff Editor for Law Review, and the Korematsu Chair of APALSA.  Meg graduated summa cum laude from Northeastern University, where she majored in English and minored in Chinese. 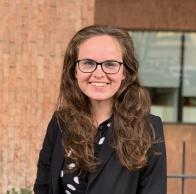 Helen Griffiths '24 is passionate about defending civil liberties. Prior to law school, Helen worked at the ACLU of Colorado for three years as a Public Policy Strategist where she wrote and advocated for the passage of impactful bail reform legislation, led the COVID-19 depopulation campaign leading to the largest drop in jail populations since the 1990s, supported winning ACLU lawsuits to decriminalize homelessness, and launched the Redemption Campaign to expand clemency. In 2020, Helen coordinated the successful campaign to repeal the death penalty in Colorado. As an intern, Helen worked on health policy and public affairs at the United States Embassy in Mozambique, prepared policy briefs on reproductive rights legislation for Congresswoman DeGette and Senator Bennet, and was a research assistant working on political ideology and international affairs for the Marshall Center for European Security Studies in Germany and the Colorado College Political Science department. While in college, Helen founded the Democratic Dialogue Project to foster communication across political divides and received multiple grants and awards for her research on immigration policy in the US and France. Helen grew up moving between six countries on four continents before graduating Phi Beta Kappa from Colorado College in 2018 with a B.A. in Political Science. 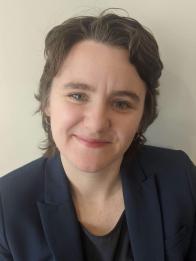 Madison Lahey ’24 has a background in state-level fiscal policy, particularly in economic development, water infrastructure, and workforce policy. Prior to law school, Madison worked for the North Carolina General Assembly as a nonpartisan fiscal analyst, shepherding the budget process for the Appropriations Committees covering the Departments of Commerce, Labor, Agriculture, and others. She graduated with a B.A. in History from the University of Virginia, and a Masters of Public Policy (also from UVA) in 2018. During graduate school, Madison served as a research assistant for the Weldon Cooper Center analyzing the fiscal impact of certain tax incentives, and the Legislative Effectiveness Project.