Harnessing the Power of EQ 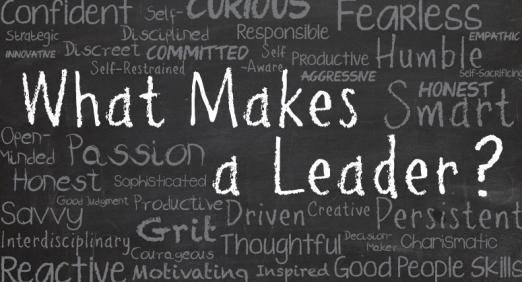 What’s the difference between a successful person and a superstar? Natural intellectual ability? No. Hard-won knowledge? Wrong again. Some researchers suggest that the secret ingredient for being an effective leader in business, law, and many other spheres is something called emotional intelligence. That capacity to be self- and socially aware is referred to as EQ, for emotional quotient.

The EQ movement hit its stride after psychologist Daniel Goleman’s 1995 book, Emotional Intelligence: Why It Can Matter More Than IQ, spent more than a year on the New York Times bestseller list. Over time, attention to honing skills to better understand, empathize and negotiate with other people permeated the workplace. Research now attests to the career-affirming power of EQ: meta studies such as one in the peer-reviewed Journal of Organizational Behavior in 2011 have found a significant positive correlation between EQ and job performance.

The growing popularity of EQ did not escape NYU Law’s board of trustees, who had formed a strategy committee to tackle the question of how to shape legal education in the 21st century. An October 2012 report from the committee, headed by Cravath, Swaine & Moore chairman Evan Chesler ’75, called for training in leadership and collaboration, skills captured by EQ. “EQ sets leaders apart from the rest,” says board chairman Anthony Welters ’77, executive vice president of UnitedHealth Group. “Smart people are not too difficult to find. But people with true EQ skills are rare and valuable.”

Seeing an opportunity to help prepare students to navigate work situations, NYU Law has recently rolled out an emotional intelligence training program to the entire student population. Part of a broader leadership development initiative at the Law School that includes a leadership speakers series, leadership seminars, and a peer leadership program, the series of EQ workshops is led by Vice Dean Jeannie Forrest, a self-confessed introvert who has a PhD in applied psychology.

In the workshop’s introductory segment, Forrest lists three “buckets” necessary to be a good lawyer: knowing your stuff, getting stuff done, and exhibiting emotional intelligence. While many professionals excel in the first two areas, the third can sometimes be a challenge, she explains. In the argot of the workshops, EQ is comprised of four distinct elements: self-awareness, self-management, social awareness, and relationship management. But boiling it down to its essence, Forrest tells students, EQ is really about interpersonal acuity. “The one with the high EQ?” she asks. “That’s the person you want to work with. That’s the one who gets it.” And more immediately, she adds, all other things being equal, that’s the person who gets hired.

Justin Sommerkamp ’15, who was part of the pilot EQ program last spring, used his EQ training to gauge how he was doing as a summer associate at a top law firm. “Every office conversation involves nonverbal communication that can be absolutely vital to performing well,” he says. “Reading the body language and nonverbal communications of the attorneys allowed me to adjust my behavior and work without needing a constant performance review conversation.” Sommerkamp says he paid attention to adjustments in posture and changing facial expressions, as well as the level of focus by the assigning attorney when reviewing work drafts with him. Sommerkamp will return to the firm this summer for a second year.

Danielle Arbogast ’15 also participated in the workshops, where she learned how to initiate interactions more effectively. “The beauty and the strength of the strategies explored in these workshops is that they are easy to practice, yet have a tremendous impact,” she says. Simply making a habit of greeting people by name in large-scale social situations, for example, has helped Arbogast generate a more immediate connection with new people and overcome her tendency to withdraw in group interactions.

On the job, says Arbogast, the lessons have been equally beneficial. “I’ve worked in two public defense offices since I began law school,” she says, “and I simply cannot overstate the importance of being able to accurately read and effectively respond to emotions—both the client’s and my own. When a client’s liberty—and often employment, housing, custody of their children, or immigration status—is at stake, emotions are often running high. Learning to recognize and respond to those emotions allows you to use them to improve communication and potentially reach a better outcome for your client.”

Forrest points out that there are 40 million Google hits for “define leadership,” but little agreement on the definition. With a deeper knowledge of how to foster successful working relationships, however, NYU Law students will have the tools to define leadership for themselves.

“The Law School isn’t just interested in creating great lawyers,” says Forrest. “We’re creating lawyers who are going to be leaders in their lives. Every single one of our students has leadership potential.” The EQ workshops are a way to unlock that potential, she adds. “If they are aware of who they are and what they’re bringing to the table and how they interact with other people, then they will be leaders.”