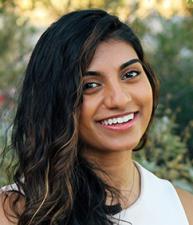 What drew you to NYU Law?

I’m interested in intellectual property issues, especially as they impact access to medicines and internet policy, so NYU’s IP faculty and the Tech Law and Policy Clinic were huge draws! I also knew I wanted to be at a school with a strong commitment to the public interest. At NYU, I’m a Furman Public Policy Scholar and a student fellow at the Engelberg Center for Innovation Law and Policy, so I’ve had the opportunity to learn from guest speakers (and fellow students!) and received a lot of support to explore my interests in IP and policy work. The last thing that drew me to NYU was its reputation for collegiality, but I couldn’t have predicted just how accurate that reputation would be. My class is the furthest thing from the stereotype of cutthroat law students; everyone’s always helping each other learn. I think the camaraderie is especially important during a time when so many people are facing personal hardship.

What has been your favorite law school class so far?

Procedure! Of the classes I’m taking this semester, I think it has the most complex rules, but I love the logical reasoning behind them, and Professor McKenzie is the best. He’s really funny, brings in historical context to illuminate what we’re discussing, helps us tease out the most interesting aspects of the cases, and takes a lot of care to make sure remote students are engaged. Due to time differences, I had his class at 5:30 am, so his teaching style made a huge difference for me.

What’s the last book you read and loved?

A Memory Called Empire by Arkady Martine, which is a space opera and political thriller about the ambassador of a small space station who arrives at the capital of a galactic empire, trying to preserve the independence of her people. One of my favorite things about this book is that the author was consciously writing against one-dimensional fictional empires. The empire here is cruel and oppressive, but the ambassador also grew up obsessed with its cultural exports—particularly its poetry—and she’s simultaneously alienated from and enchanted by the capital city. There’s a painful, nuanced relationship between imperialism and resistance to it, and the author really captures that. She’s a historian and a city planner, and you can also tell she had a lot of fun with world-building.

Do you have a favorite podcast that you’d like to recommend?
Tech Won’t Save Us, Critical Role, The Ezra Klein Show, and The Worst Bestsellers!