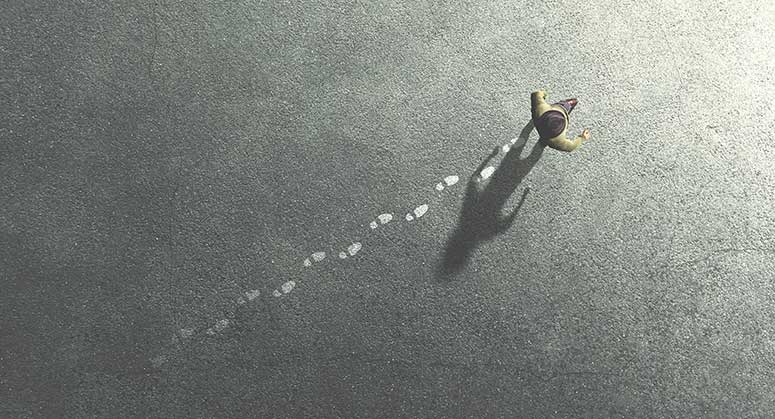 From the start of their academic careers at NYU Law, students are given the opportunity to put their legal education into practice. Building on the simulation training from their 1L Lawyering course, second- and third-year students can engage with real-world legal issues—through client representation, policy advocacy, and research, among other things—in one of more than 40 clinics and externships.

NYU Law spoke to current students about their clinical work and its impact on their legal education and future plans.

I participated in an externship at the New York Attorney General Office in the Civil Rights Bureau during my second year and then last summer I worked at the NAACP Legal Defense Fund, which obviously is a civil rights–focused organization—racial justice and civil rights. And that really indicated to me that it was work I was interested in doing.

Deborah Archer’s clinic has an explicit focus on civil rights—which is broad, but you’re able to do quite different kinds of work, from impact litigation to individual employment law disputes. We did some work for the national NAACP, which was a really exciting project to have, of course, in light of how the country has changed in such a short time last summer. We helped them envision and re-envision what their criminal justice and policing strategies might look like and their advocacy around those issues.

We also have a really amazing impact litigation case. It is related to environmental justice and development at the state level. It has been really incredible to get to know some of the players in Syracuse and really understand the extent to which low income and Black and brown people have been disenfranchised over generations. So that’s been an incredible project and really challenging.

And then we’re split up into pairs and we all have individual employment law cases specifically that are recommended by the Southern District of New York for mediation. I have a client in an employment law dispute and we’re representing him in mediation in the next few weeks.

I worked in policy before going to law school. I think this clinic, which does mix legal work with policy, reminded me how much I really wanted to have policy in my job description somehow after graduating.

When I came to law school, I knew that I wanted to do public interest work. I knew that I wanted to do direct services and was interested in public defense. The Immigrant Rights Clinic (IRC) was the perfect clinic for that, because you get such hands-on experience with immigration work, but also the clinic takes really complex cases that are at the intersection of the criminal and immigration legal systems.

Our client Ousman Darboe had a single criminal conviction that had been pardoned now by the governor, and he was still in immigration detention. He has a wife who is a US citizen and a US citizen baby. It just seemed like this really clear example of anti-Blackness in the immigration system; if the client were not a Black man from the Bronx, he would not be finding himself in that situation.

Ultimately, we filed a petition. Cynthia [Lee ‘21] and I did the argument for the habeas in the end. That was the habeas that ended up getting him a new bond hearing. The judge didn’t agree with our arguments about his vulnerability to COVID and detention, which we still  feel were correct. But he did agree that Darboe had not had the process that he should have been guaranteed in front of the immigration judge.

So he ordered him a new bond hearing, and Sophia [Gurulé, an attorney from The Bronx Defenders,] did the argument for that. That’s where Darboe ended up getting ordered to be released on bond.

I know for sure I want to do immigration work. Through the clinic I got to meet a lot of people who are doing the work in the New York City area and talk to them because a lot were involved in various cases, helped to moot me for an argument, and things like that. When I started to think about what I wanted to do after law school, I had a great network of folks to reach out to and ask their opinion on various issues.

Before law school, I managed databases as part of my work as a fundraiser at a legal aid nonprofit that serves low-income trans and gender-nonconforming people. Having tons of data on people who interface with organizations is very useful for communications and also community organizing and fundraising purposes, but that work raised many questions about what, when, and how data should be collected, especially when privacy is something that is very important to people from marginalized communities. So I brought with me a general interest in how technologies enhance, limit and shape our lives, and opportunities.

My specific project was to support PrEP4All, a group of activists fighting to end the HIV epidemic, and their challenge of a major pharmaceutical company’s effort to extend its patent monopoly on lifesaving HIV drugs. It was a challenge riddled with obstacles, one being that the statute on which our matter rests tips in favor of patent holders over the public’s interest.

So my team was engaged in some creative strategies that were also major learning opportunities for me. One was drafting and sending a petition to the Patent and Trademark Office to alert the office of information that is material to the consideration of the pharma company’s patent term extension request, and the other was going to Washington, DC, with PrEP4All to meet with congressional staff.

I was initially drawn to this project because of my personal interest in supporting LGBTQ activists in the fight for survival, but through this experience, I came to have an interest in healthcare access and intellectual property generally, which were not areas previously on my radar. I also learned a lot about how DC works. Walking the halls of Congress and leading discussions of patent and innovation policy was the last thing I pictured myself doing before the clinic, so I’m very grateful for this opportunity to challenge what I believe I’m capable of doing.

I came to law school to do public interest work, focusing on economic justice and international human rights work. I thought I had a fairly clear idea of what that entailed and which clinics would be doing work in that. But after I took [the 1L required course] Legislation and the Regulatory State, I realized how much public interest work happens through the regulatory state and how much regulations impact a lot of issues that I’m super interested in.

I worked on two different projects during the clinic. The first one was helping draft an amicus brief challenging the public charge rule. [Editor’s note: This rule involves a set of factors that the Department of Homeland Security uses to assess whether a person applying for a change in immigration status is likely to become dependent on public services]. So that was working on an issue that had the potential to impact a lot of immigrants.

Our amicus brief was submitted in litigation in various districts across the country, and I was actually able to go to oral arguments in the Second Circuit, and two of the judges directly referenced our brief, which was super cool. And then a couple of the circuits, like the Ninth Circuit, came to a decision, and even though we weren’t a party in the case, the decision was in line with the arguments that we had made, so that was really cool to see.

For my second project I worked on a comment letter for the Department of Labor's tip-pooling rule, which is closer to economic justice issues. It concerned the way that tips were calculated, and there were some really tricky implications for what it meant for waiters versus cooks and other employees who aren’t usually tipped. We got to think deeply about what the regulations should be, or how the regulations should be structured, and having an opportunity to think about that and engage deeply with the regulatory process was really interesting.

I really enjoyed the work that I did with the clinic, even more so than I expected. I do think that it’s something that I want to be part of my career.

The main project that I worked on all semester was to prepare a merits brief on behalf of our clients with the ACLU—who is our main partner on this—who are before the Inter-American Commission on Human Rights. We are seeking to have the United States held accountable for the secret detention and torture program, the rendition, detention, and interrogation program that the US government ran following the 9/11 attacks.

We were given a model of a brief to follow, but then a lot of the actual writing, the research, the direction that the brief would go in, that came out a lot from the student discussions with Meg [Satterthwaite, clinical professor of law and director of the Global Justice Clinic] and with Gabrielle [Apollon, supervising attorney of the clinic]. Then we would share those things with the ACLU. It was a really collaborative process.

It was great in terms of having that direction from both the ACLU and Meg and Gabrielle, who have been with this project for many years, but also be able to feel as though you were really helping to take research further or helping to push things to the next steps with some of the new things that we were uncovering. The initial petition [was filed in 2011], and now it was 2020, so there was a lot to update and new cases to cite too, and new areas of law to try to bring in. It was really fascinating and an extraordinarily amazing opportunity.

It’s absolutely helped me become a better writer, learning to go through the editing process on something that you’ve written 10, 20, 30 times. It’s made me a much more concise and accurate writer, but still with a voice of advocacy, which I don’t think that I would have gotten, had I not done this clinic. That will serve me regardless of where my career ends up.

There are lots of individuals who don’t have access to justice, and in many of these clinics, you’re going to help deliver it for them, or you’re going to help deliver legal empowerment so that they have the access themselves. You’re going to open doors and destroy the barriers of elitism that keep people from having access to justice. That’s extraordinarily important. Not all law schools do that, and NYU has a really phenomenal slate of clinics, so almost anything that you’re interested in, it’s there for you.

These interviews have been condensed and edited.