Judge Solomon Oliver Jr. ’72 completes term as chair of the ABA Council of the Section of Legal Education and Admissions to the Bar 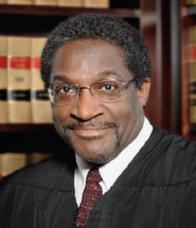 Solomon Oliver Jr. ’72, Chief Judge of the United States District Court for the Northern District of Ohio, recently concluded his term as chair of the Council of the Section of Legal Education and Admissions to the Bar of the American Bar Association. The council is responsible for promulgating the Standards and Rules of Procedure for Approval of Law Schools and is the sole national accrediting authority recognized by the US Department of Education for law schools. During Oliver’s term, which ended at the conclusion of the Annual Meeting of the American Bar Association this August, the council completed a comprehensive review of the standards. According to Oliver, “the revised standards, concurred in by the House of Delegates at that meeting, make several significant changes aimed at improving legal education generally, producing new lawyers who are closer to being ready to practice, providing greater flexibility to law schools and greater transparency to the consumer by enhanced reporting requirements.”

The changes include more required credits involving “experiential” learning, such as in clinics, externships, and simulation courses, as well as a greater focus on learning outcomes. They increase the number of credits that students may take through distance learning and provide broader opportunities for schools to seek “variances” from the standards for extraordinary circumstances, or for experiential and innovative reasons that might advance the state of legal education. They also require schools to make prominent, accurate, and non-misleading disclosures on their website regarding a wide range of information, including employment outcomes, conditional scholarships, curricular offerings, and refund policies, with possible penalties for non-compliance.

The six-year review of the standards was begun under Vice Dean Randy Hertz, who was chair of the council from 2008 to 2009. The late Norman Redlich and the late Robert McKay, former deans of NYU Law, also previously served as chairs of the council.