Notorious R.B.G. blogger Shana Knizhnik ’15 makes her mark on campus and off 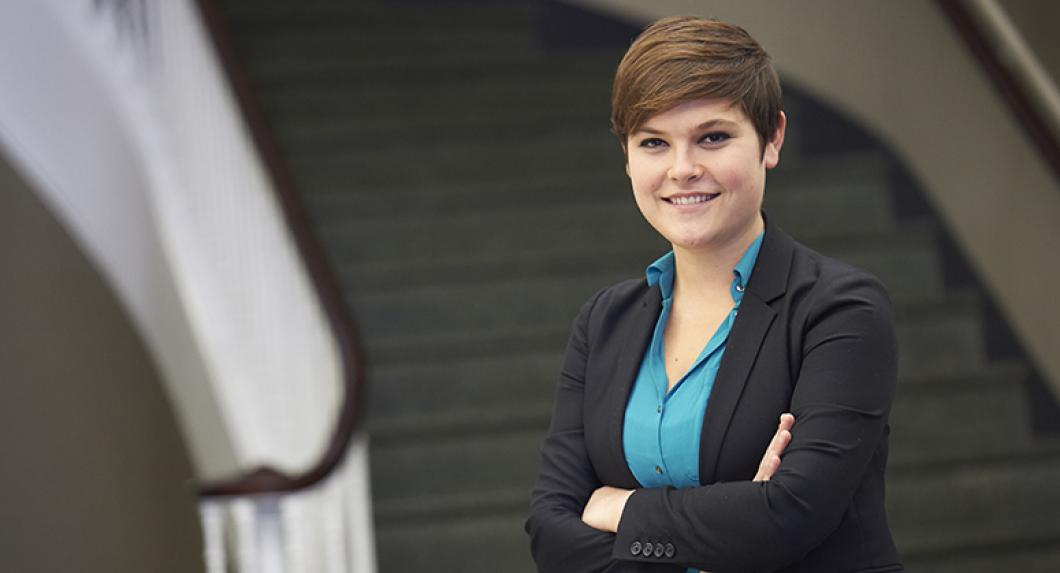 Since the summer of 2013, Shana Knizhnik ’15 has juggled the demands of law school with the responsibilities of curating the Notorious R.B.G. Tumblr, a meme-filled forum for fans of Supreme Court Justice Ruth Bader Ginsburg. In recent months, she has taken on the added task of adapting the Internet sensation into a book, set to be published in October 2015.

As Notorious R.B.G. periodically made national news, Knizhnik fielded media requests and fostered the Notorious R.B.G. community while thriving within the context of NYU Law student life. During her three years on campus, Knizhnik balanced academics with a full slate of extracurricular commitments. She served as an articles editor for NYU Law Review, where her note on federal criminal sentencing has been accepted for publication in November 2015. Among many other activities, Knizhnik served as a co-chair of the Coalition for Law and Representation and a political action co-chair for OUTLaw LGBTQ Students’ Association. Knizhnik also sang with NYU Law's a cappella ensemble Substantial Performance and performed featured roles in the annual NYU Law Revue parody musical.

Knizhnik plans to pursue a career in public defense, an aspiration she furthered as a student in Professor Randy Hertz’s Juvenile Defender Clinic. In the near term, she will return to her hometown of Philadelphia to clerk for Judge Dolores Sloviter of the US Court of Appeals for the Third Circuit.

Knizhnik sat down with Leslie Hart, NYU Law video producer, to discuss the origins of Notorious R.B.G. and the legacy of Justice Ruth Bader Ginsburg.

How did Notorious R.B.G. come about?

Are you surprised at the amount of traction the blog has received?

When I started Notorious R.B.G. I certainly did not expect that a year and a half later I would be writing a book about Justice Ginsburg or that it would be nearly as popular as it is. But I am not surprised that Justice Ginsburg has captured the public imagination in the way that she has because really, it’s all about her. She is an amazing person, has had an incredible career, and is someone that I think a lot of people look up to.

You’ve had a chance to meet Justice Ginsburg. What was that like for you?

Can you tell me how the Notorious RBG book came about?

I was approached by an editor from HarperCollins in the fall of my 3L year about the potential for Notorious R.B.G. to become a book. It’s something that I was immediately excited about but it’s also not anything that I would have ever expected to be doing, so as someone who doesn’t consider herself a popular book writer, I asked to work with someone else. I was connected with my co-author, Irin Carmon, and together we’ve really come up with what this book is. It’s toeing the line between this fun, meme-oriented Internet phenomenon that Notorious R.B.G. has become, and also a substantive biography. It’s looking at the story of Justice Ginsburg and how she came from being a young Jewish girl living in Brooklyn to being the foremost advocate on behalf of gender equality in the 1970s to then becoming the Supreme Court justice that we know and love today.

As an NYU Law student, what has it been like for you to experience so much attention around this thing that you’ve created?

I understand there’s an NYU Law connection within your book?

As part of my research for the Notorious RBG book, I actually got a chance to interview both Dean Trevor Morrison and Assistant Dean for Public Service Deirdre von Dornum, both of whom clerked for Justice Ginsburg. And it was incredible to hear and see how clerking for Justice Ginsburg allowed them both to pursue very different career paths although they both ended up here at NYU. With Dean Morrison, he pursued a career in legal academia and was also associate counsel for President Obama. With Deirdre von Dornum, she pursued a career as a federal public defender before working in public service for NYU. (Note: In August 2015, Von Dornum became attorney-in-charge of the Eastern District at Federal Defenders of New York.)

What do you hope the legacy of the Notorious R.B.G. blog and now book might be?

I’m really proud and excited that Notorious R.B.G. has opened people’s eyes to the amazing legacy of Justice Ginsburg and how much good she’s really done for women in this country but also for everyone, as an advocate for gender equality at the ACLU and through her judicial work as a Supreme Court justice. 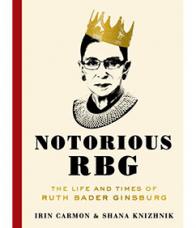 Note: Shana Knizhnik ’15 and Irin Carmon participated in a talk discussing their latest book, Notorious RBG: The Life and Times of Ruth Bader Ginsburg, in the Lester Pollack Colloquium on October 28, 2015.

“That time when the Notorious RBG saved the jobs of two dozen maids at Columbia”
Fusion, 11/3/15