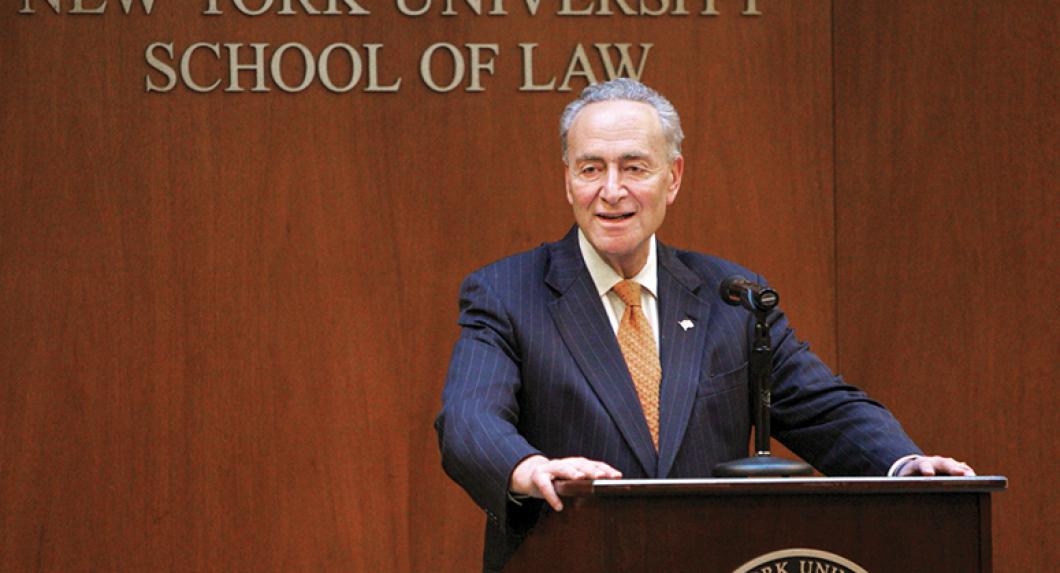 US Senator Chuck Schumer of New York visited NYU Law in March at the invitation of the NYU Law Democrats student group. Schumer engaged with the broader Law School community in a timely discussion on the current state of politics and this year’s election, as well as the effect of his legal education on his subsequent career.