Rochelle Dreyfuss, Pauline Newman Professor of Law, was honored last month at the Intellectual Property Scholars Conference for her work in intellectual property law. She was the first to receive what will be a yearly honor recognizing one person’s career and achievements in the field.

She also delivered the keynote at this year’s conference, which is held annually at the Cardozo School of Law. She was joined by two of her former students, Michael J. Burstein ’04 and Melissa Wasserman ’07, and a colleague, Graeme Dinwoodie, for a panel to discuss her career. Burstein and Wasserman are members of the faculty at Cardozo Law and the University of Texas School of Law, respectively, and Dinwoodie co-authored A Neofederalist Vision of TRIPS: Building a Resilient International Intellectual Property System with Dreyfuss. 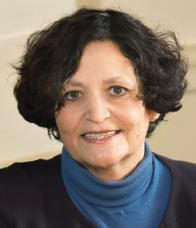 “I felt very honored to be asked to do it,” Dreyfuss said of her keynote, in which she discussed falling into the field after her background as a research chemist initially led her to focus on environmental law, and the ways in which intellectual property law has changed since she began teaching. “The students also spoke about how much they had learned from me and how important the Innovation Policy Colloquium was in helping prepare them for teaching careers. That was particularly touching.”

Dreyfuss is a member of the American Law Institute and served as a reporter for its Intellectual Property: Principles Governing Jurisdiction, Choice of Law, and Judgments in Transnational Disputes project. She has edited several books on intellectual property, including Balancing Wealth and Health: The Battle Over Intellectual Property and Access to Medicines in Latin America (2014, with César Rodríguez-Garavito), which was published in 2016 in Spanish. She is also co-director of the Engelberg Center on Innovation Law & Policy at NYU Law.