On October 15, Philip Alston, John Norton Pomeroy Professor of Law, gave a keynote address at the Nordic Trust Fund for Human Rights and Development in Washington, DC. The fund is a facility of the World Bank and Alston spoke as the United Nations Special Rapporteur on extreme poverty and human rights. 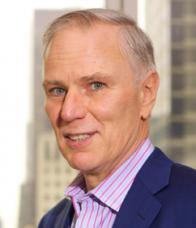 Alston called for new thinking on a World Bank human rights policy, both within the bank and in the human rights community. Remarking that more and more global actors are integrating human rights into their operational policies, Alston urged the Bank to stop viewing human rights as a mere matter of politics. Instead, he said, they should be seen as an integral part of the international legal order.

His keynote was titled, “Rethinking the World Bank’s Approach to Human Rights”:

Earlier this month, here in Washington, DC, at Howard University, World Bank President Jim Yong Kim gave a speech entitled “Boosting Shared Prosperity.” He spoke of the far-reaching reorganization of the Bank over the past two years and explained that this is designed to enable it to better achieve its twin goals of ending extreme poverty by 2030 and boosting shared prosperity among the poorest 40 percent in developing countries. This is, he noted, the first time in the Bank’s history that the reduction of global inequality has been set as a goal....