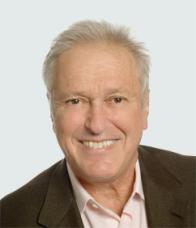 Jay Furman ’71, a member of NYU Law’s board of trustees, passed away on January 4 at the age of 72. An unflagging and exceptionally generous supporter of the Law School, Jay enabled the construction of Furman Hall, endowed two scholarship programs bearing his name, and created the Furman Center for Real Estate and Urban Policy.

“Jay’s transformative philanthropic support of the Law School was matched by his love for its intellectual life,” said Dean Trevor Morrison. “He attended lectures and panels on all manner of topics, and enjoyed meeting with faculty and students to debate complicated problems of law and policy. I am profoundly grateful for the opportunity to know and work with Jay, to call him my friend, and to take inspiration from his unquenchable thirst for learning.”

After graduating from the Law School, Furman earned an M. Phil. in economics at Columbia and then taught at Cardozo Law School for two years before dedicating his career to real estate. For more than 35 years, he led the affiliate operations of RD Management Corporation, founded by his father, Morris, and one of the nation’s largest privately held real estate development and management organizations. His vision, energy, and dedication generated a diverse array of successful real estate projects in more than three dozen states.

Furman’s legacy at the Law School is deep and wide. In addition to funding the Furman Scholars Programs for students interested in pursuing careers in academia and public policy, the Furman Center, and Furman Hall, he supported the Center for Human Rights and Global Justice, a death penalty program fellowship, the Center on Law and Security, and numerous other Law School initiatives.

Anthony Welters, chair of the Law School board of trustees, said, “Jay was not only a dear friend, but a role model.  His legacy of commitment and philanthropy to the Law School and the University is unparalleled.”

Richard Revesz, dean emeritus, worked closely with Furman for many years.  “The Law School has lost a truly extraordinary friend with the passing of Jay Furman.,” he said. “He was deeply interested in the intellectual work of our community, the future career paths of our students, and the well-being of the many faculty members, administrators, and students in whom he took a personal interest. Jay was also a very close personal friend to Vicki and me. His compassion, concern for others, wit, and personal integrity were exceptional. We will miss him terribly.”

The Law School community joins the Furman family in mourning his passing. He is survived by his wife, Victoria; her son, Eric; his children, Jason and Eve, and Jesse and Ariela; their mother, Gail; his five grandchildren; and his sister and brother-in-law, Barbara and Robert.