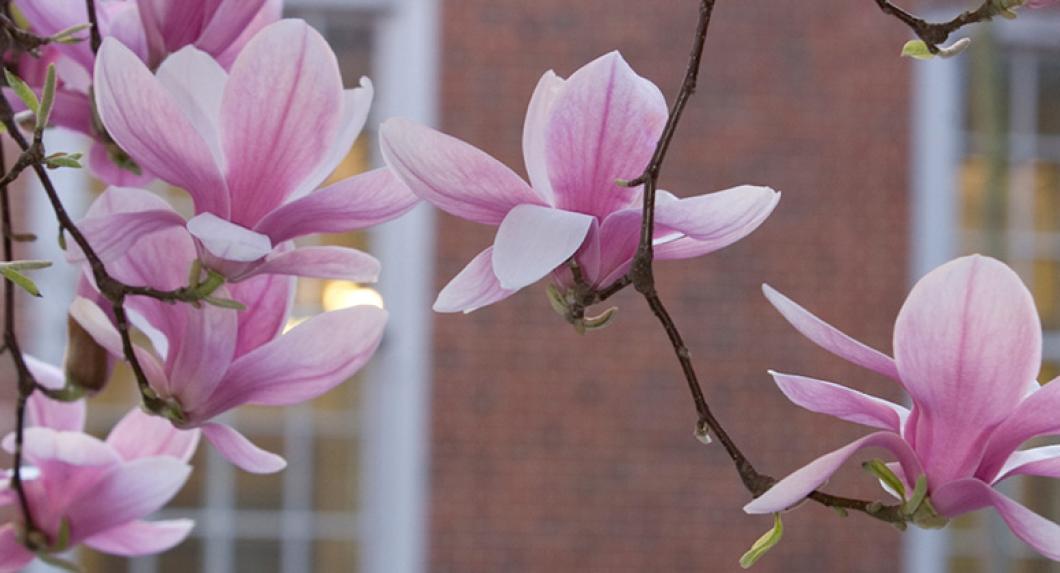 An entrepreneur and fashion executive, Marjorie Alfus ’68 earned her law degree after an early career that included working in television, starting a clothing line, and renovating a summer camp. She served for two decades as in-house counsel at Kmart Apparel and worked to increase the representation of women in business school case studies.

Barbara Anderson ’78 was vice president and general counsel first of telecommunications company Executone Information Systems (later eLOT Inc.) and then of manufacturing company Raytech Corporation. A Pomeroy Scholar at the Law School who also worked on the NYU Law Review, Anderson retired from Raytech in 2008.

Bert Bauman ’55, who was president of the New York State Trial Lawyers Association from 1991 to 1992, practiced personal injury and construction law, among other specialties. He endowed the Bert and Annette Bauman Scholarship at NYU Law.

Corporate litigator John Callagy ’69 spent 46 years at Kelley Drye & Warren, handling a wide variety of cases for clients such as JPMorgan Chase, Ralph Lauren, Foot Locker, and the Archdiocese of New York. An influential leader at the firm, he became its first chair in 1992, a position he held until 2011.

Leslie Cohen ’92 was an author and LGBTQ activist who co-founded and co-owned the New York City women’s nightclub Sahara. A likeness of Cohen and her wife, Beth Suskin, was created as part of the monument Gay Liberation, which commemorates the 1969 Stonewall riots. Cohen’s memoir, The Audacity of a Kiss, was published in 2021.

Lorraine Cooper ’75, LLM ’80 was a vice president at the advertising agency Foote, Cone & Belding before attending NYU Law. Specializing in family law, she was a partner at Moldover, Hertz, Cooper & Gidaly and an adjunct professor at Cardozo School of Law.

Benjamin Crane ’54, a member of the first class of Root-Tilden Scholars at the Law School, was a longtime corporate partner at Cravath, Swaine & Moore. His more than 40 years at the firm included leading Cravath’s Paris office in 1965–66.

John Delaney LLM ’65 was a professor of criminal and constitutional law. Before receiving his law degree, Delaney taught sociology at Fordham University and the New School. After law school, Delaney served as an assistant district attorney, then taught at NYU Law before joining the City University of New York School of Law in 1985, where he was a professor until his retirement in 2001.

Thomas Demakos ’57 was an assistant district attorney and then a judge in New York City’s Criminal Court before being elected to the New York State Supreme Court in 1985. He presided over cases that included the high-profile 1988 manslaughter trial stemming from an attack on three Black men by white teenagers in Howard Beach, Queens. Following his retirement in 1999, Demakos served as a judicial hearing officer until 2011.

Urban planner Donald Elliott ’57 served as chairman of the New York City Planning Commission from 1966 to 1973, enacting significant reforms that included increased protections for city landmarks and creation of a task force to ensure citywide design standards. He later chaired the New York Urban Coalition before practicing law as counsel at Bryant Rabbino, where he specialized in land-use cases.

An influential bankruptcy practitioner, Chaim Fortgang ’71 spent 30 years at Wachtell, Lipton, Rosen & Katz and headed the firm’s corporate restructuring and creditors’ rights practice. At NYU Law, he was a member of the Order of the Coif and later taught a course on bankruptcy as an adjunct professor. After leaving Wachtell, Lipton in 2001, Fortgang founded Fortgang Consulting LLC.

Howard Gorham ’53, LLM ’58 received a BS from NYU’s School of Accounting and Finance in 1949 and went on to earn his JD and LLM at NYU Law while working as an accountant. His practice focused on real estate, including working on the development of New York’s iconic Pan American (now Metropolitan Life) building.

Ciara Grubbs ’18 was an associate in the litigation department at Choate, Hall & Stewart in Boston. At NYU Law, Grubbs served on the NYU Law Review, was a New York City Bar Diversity fellow, and served as academic committee co-chair of the Black Allied Law Students Association.

A partner in Davis Polk & Wardwell’s mergers and acquisitions group, Dennis Hersch ’70 worked for 35 years at the firm before leaving in 2005 to join JPMorgan Securities, where he became co-head of the global M&A group. He later served as lead director and board member for the investment group PJT Partners.

During more than six decades as a criminal defense attorney, Jack Hoffinger served as president of the New York Criminal Bar Association and successfully defended clients in many high-profile cases, including New York State Senate minority leader Manfred Ohrenstein and artist Carl Andre. His gifts funded NYU Law’s Hoffinger Colloquium on Criminal Justice, and he chaired the advisory board for the Law School’s Criminal Justice Research Center from 1987 to 1999.

Entertainment law litigator Stephen Huff ’63 was a senior partner at Pryor Cashman, where he was instrumental in developing the firm’s intellectual property litigation practice. He also served as town justice for Pelham, New York, for over 35 years.

Clifford Librach ’77 was a rabbi for three Reform congregations during his 30-year career. After NYU Law, Librach clerked for Chief Justice Robert Seiler of the Missouri Supreme Court and then worked briefly as a litigator. He was ordained at the Hebrew Union College-Jewish Institute of Religion in Cincinnati in 1986.

A mediator and law professor, Thomas Newhouse LLM ’66 joined the University of Houston Law Center in 1966. Until he retired in 2002, Newhouse directed Houston’s mediation clinic and taught courses on labor law, family law, and alternative dispute resolution. He served as associate dean in 1975–78 and 1985–88.

Rhonda Ores ’90 practiced matrimonial and family law in New York, becoming a partner at Phillips Nizer in 1999 and then moving to Fox Rothschild as a partner in 2006. She served on the Board of the New York County Lawyers Association and on the Matrimonial Law Committee of the New York Women’s Bar Association.

Russell D. Niles Professor of Law Emeritus at NYU Law, John Phillip Reid LLM ’60, JSD ’62 was a noted legal historian and author of more than two dozen books of legal history, including two judicial biographies of 19th- century state judges, two books on legal structures in the Cherokee Nation, and the groundbreaking four-volume Constitutional History of the American Revolution. Reid joined the Law School faculty in 1960 and taught at NYU Law for over 50 years before his retirement in 2017.

Fluent in six languages, William Rudolf ’50 served as executive vice president of the National Committee on American Foreign Policy. After an early career in metals trading, from 1983 to 2008 he was the president of William M. Rudolf, Inc., an executive consulting firm specializing in international trade and commodity risk management.

Gerald Russello ’96 was a partner at Sidley Austin and former managing director of the legal department at Bear, Stearns & Co. Previously, he also served as division branch chief for the enforcement division of the US Securities and Exchange Commission. Since 2005, Russello was editor of The University Bookman, an online review of books on politics and culture affiliated with the Russell Kirk Center for Cultural Renewal.

Leonard Eames Ryan ’62 earned his JD while working as an Associated Press reporter, and went on to serve as a trial attorney in the civil rights division of the US Department of Justice, a program officer at the Ford Foundation, and a US administrative law judge.

As director of the US Department of Justice’s Office of Special Investigations, Neal Sher ’72 led efforts to revoke the US citizenship of Nazis who had moved to the United States after World War II and to deport them. Before joining the DOJ, Sher clerked for Judge Barrington Parker of the US District Court for the District of Columbia and worked as a labor lawyer. Sher later served as executive director of the American Israel Public Affairs Committee before moving into private practice.

A merchant seaman, steelworker, and labor activist in his early career, Palmer Singleton ’81 attended NYU Law as a Root-Tilden Scholar. Beginning in 1984, he worked as a staff attorney with the Southern Center for Human Rights, representing prisoners in death row cases throughout the South.

An expert in judicial ethics, Gerald Stern LLM ’70 was the founding administrator of New York State’s Commission on Judicial Conduct, a role he held for 29 years. Stern oversaw investigations for hundreds of disciplinary cases, and later helped found the national Association of Judicial Disciplinary Counsel.

A dedicated preservationist, Lori Zabar ’80 was the first director of the New York City Historic Properties Fund at the New York Landmarks Conservancy, co-owner of the Kurland-Zabar antiques gallery, and a researcher at the Metropolitan Museum of Art.

As the chair of Manhattan Community Board 5, Irene Zelnick ’63 worked to landmark Broadway theaters, preserve historic buildings, fund quality-of-life projects in Times Square, and ensure representation for community boards in Business Improvements Districts. An experienced negotiator, she focused her recent practice on contracts for nonprofits, religious organizations, and businesses. Zelnick leaves a generous gift to support the NYU Law Civil Rights Clinic in memory of her daughter, Stacy Zelnick.