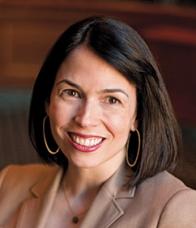 After nearly five years in government service, Lily Batchelder has returned to NYU School of Law. Batchelder served from 2010 to 2014 as the majority chief tax counsel for the US Senate Finance Committee. In 2014, she joined the White House as deputy director of the National Economic Council and deputy assistant to the President. Batchelder has been on an extended leave of absence since being tapped by Max Baucus, then-chairman of the Senate Finance Committee. She rejoins NYU Law as a professor of law and public policy. In 2015-16, Batchelder will teach Income Tax for 1Ls, a seminar on Tax and Social Policy, and the Furman Public Policy Fellows Seminar.

Batchelder has had an illustrious career both within the academy and outside it. She has held an affiliated position at the Robert F. Wagner School of Public Service; has been an affiliate scholar at the Urban-Brookings Tax Policy Center in Washington DC; and has advised policymakers, public agencies, and nonprofit organizations on an array of policy matters. Her research centers on business tax reform, the efficient design of tax incentives, and the effects of tax and transfer policy on income inequality and intergenerational mobility. Before entering the academy, Batchelder was an associate at Skadden, Arps, Slate, Meagher & Flom. She received her JD from Yale and her MPP from Harvard University’s Kennedy School of Government.