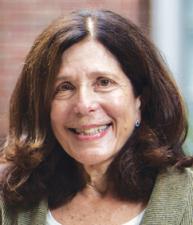 NYU Law Life Trustee Stephanie Abramson ’69, adjunct professor and director of Law and Business Experiential Courses, died on May 3, 2019, at age 74. Abramson practiced law, first at Cleary Gottlieb Steen & Hamilton, then at Morgan, Lewis & Bockius, where she was a partner. She went on to serve in high-level executive positions at Young & Rubicam, Heidrick & Struggles International, and DoubleClick. In 2010, Abramson returned to NYU Law as founder and director of the Business Law Transactions Clinic. Abramson received the NYU Law Alumni Achievement Award in 2014. 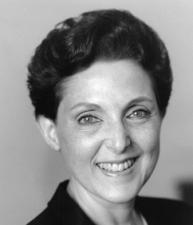 Phylis Skloot Bamberger ’63, former New York State Supreme Court justice, died on October 28, 2018, at age 79. Bamberger fought for prisoners’ rights, led the Legal Aid Society’s federal defender unit for the US Court of Appeals for the Second Circuit, and served as a judge in the Bronx for 18 years. In the wake of the 1971 Attica prison uprising, Bamberger successfully sued to protect prisoners at the Attica Correctional Facility from abusive retaliation by guards. Over the course of her career, Bamberger argued four cases in the US Supreme Court and nearly 200 in the Second Circuit. She was appointed to the New York state bench by Governor Mario Cuomo in 1988. 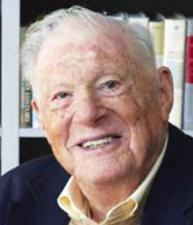 Robert L. Bernstein, renowned publishing executive, human rights champion, and supporter of NYU Law’s Robert L. Bernstein Institute for Human Rights, died on May 27, 2019, at age 96. In 1978, Bernstein founded Helsinki Watch, the first of several similar organizations that merged into Human Rights Watch in 1988; Bernstein served as founding chairman from 1978 to 1998. Bernstein was also president and chair of Random House. His generosity and ideals led to the launch of the Bernstein Institute in January 2015 with the goal of advancing human rights ventures and empowering future generations of leaders in the field. 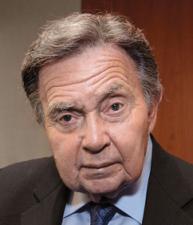 Richard Brown ’56, Queens County’s longest-serving district attorney, died on May 3, 2019, at age 86. Brown served as a criminal court judge, supervising judge of the Brooklyn Criminal Court, acting justice of the New York State Supreme Court, and justice of the Supreme Court in Queens County. He also served as counsel to Governor Hugh L. Carey, who appointed him as an associate justice of Brooklyn’s Second Department of the Appellate Division of the State Supreme Court. During his 28-year tenure as district attorney, Brown prosecuted high-profile police misconduct cases and also helped establish the Queens Court Academy, an alternative sentencing program for young defendants that allows them to stay in school while they are involved in the criminal justice system. 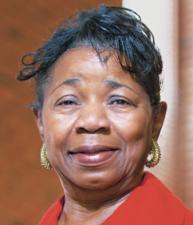 Ellen Conley, an activist and educator, died on December 20, 2018, at age 77. Born in Mobile, Alabama, and the oldest of five children, Conley was a graduate of Alabama State University. She became the wife of the late Judge Charles Swinger Conley ’55, for whom the Judge Charles Swinger Conley scholarship within the AnBryce Program was named. Ellen Conley was a frequent presence at NYU Law events, including scholarship receptions and Law Alumni of Color Association dinners. She was a member of New York University’s prestigious Sir Harold Acton Society. 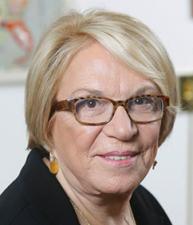 Gail Furman, a psychologist, philanthropist, and president of the Furman Foundation, died on April 17, 2019, at age 72. Furman earned her undergraduate degree from the University of Michigan before graduating with an MSW from the NYU Silver School of Social Work in 1968 and a PhD in psychology from NYU Steinhardt in 1985. A generous supporter of many of the Law School’s initiatives, Furman helped endow student scholarships, supported the work of a number of the Law School’s centers, and served on the board of NYU Law’s Brennan Center for Justice. 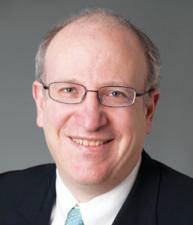 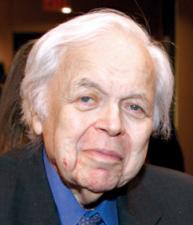 Norman Goodman ’50, who served as the clerk of New York County for 45 years, died on January 24, 2019, at age 95. Goodman, whose titles also included clerk of the State Supreme Court and commissioner of jurors for Manhattan, was one of the city’s longest-serving public employees. He was appointed to his position in 1969, and remained in that role until the day after his 91st birthday, in December 2014. Over the course of his clerkship, Goodman issued 11–12 million jury summonses. He also oversaw the computerization of jury selection and the microfilming of many of the city’s historical documents. In 2008, the jury assembly room at the Manhattan State Supreme Court was renamed in his honor. 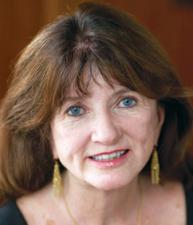 Margaret “Peggy” Hill LLM ’84, an entertainment and corporate lawyer and later a theater producer, passed away on September 27, 2018, at age 78. After receiving her JD from Fordham Law School, Hill practiced law at Greenbaum, Wolff & Ernst and later Gulf & Western. In the late 1980s, Hill produced local theater productions in Southampton, New York, before venturing into Broadway producing in the 1990s. She continued to produce on- and off-Broadway for nearly 30 years. Some of her productions included David Mamet’s Speed-the-Plow and Race, as well as Beau Willimon’s Parisian Woman. Hill received an honorary doctorate in fine arts from St. Mary’s College. 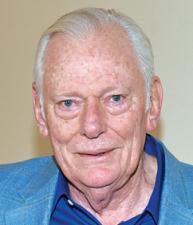 Herb Kelleher ’56, co-founder and former CEO of Southwest Airlines, died on January 3, 2019, at age 87. A New Jersey native, Kelleher spent the first years of his career as a corporate lawyer before founding Southwest Airlines in 1971. He spent 20 years as president and CEO, and under his leadership, the company expanded and flourished, growing its fleet from three airplanes in 1971 to more than 700 today. In 2013, Kelleher received the Arthur T. Vanderbilt Medal—NYU Law’s highest alumni honor—as the featured speaker at the inaugural NYU Leadership Series in Law and Business. 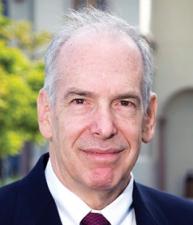 David Laro LLM ’70, senior judge of the US Tax Court, died on September 21, 2018, at age 76. Laro was a partner at the law firm of Winegarden, Booth, Shedd, and Laro, then at the law firm of Laro and Borgeson. He was appointed to the US Tax Court in 1992 by President George H.W. Bush for a 15-year term and remained a senior judge on recall after retirement in 2007. Laro contributed commentary on draft laws of Uzbekistan, Kazakhstan, Slovakia, Ukraine, and the Republic of Macedonia for the American Bar Association’s Central and East European Law Initiative. In NYU Law’s Graduate Tax Program, the Honorable Judge David Laro Scholarship in Tax is named in his honor. 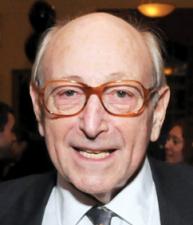 NYU Law Trustee George T. Lowy ’55, senior counsel at Cravath, Swaine & Moore, died on July 3, 2019, at age 87. Earning his BA from NYU in 1953 and his LLB from the Law School in 1955, Lowy practiced corporate law at Cravath, where he headed the corporate department and led the firm’s London and Paris offices. In 2003 he endowed the George T. Lowy Professorship of Corporate Law, currently held by Professor Marcel Kahan. Lowy was awarded the Arthur T. Vanderbilt Medal—the Law School’s highest alumni honor—in 1991 and the Judge Edward Weinfeld Award in 2006. 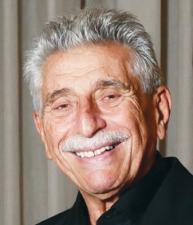 Robert C. Rohdie ’65, president of the Rohdie Group, died on November 30, 2018, at age 78. Rohdie was a real estate attorney for JC Penney; Prime Motors; and Donaldson, Lufkin & Jenrette before starting a real estate business, the Rohdie Company, in 1972. Over the decades, he created additional companies that developed and managed properties throughout the US Northeast and Southeast. From 2000 to 2006, he served as president and CEO of Tarragon Development Corporation. In 2007, he co-founded the Rohdie Group, a privately held residential real estate management firm. 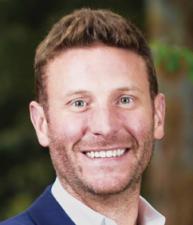 Jason Spindler ’09, co-founder and CEO of strategy and investment firm I-DEV International, died on January 15, 2019, at age 40. He was one of more than 20 people killed in a terrorist attack in Nairobi, Kenya. Throughout his career, Spindler was recognized for his social entrepreneurship. After graduating from the University of Texas’s McCombs School of Business in 2000, Spindler worked at Salomon Smith Barney/Citigroup and as an associate at AlixPartners, and served in the Peace Corps in Peru as a business & economic development volunteer. At NYU Law, Spindler was a Reynolds Fellow within the Jacobson Leadership Program in Law and Business. 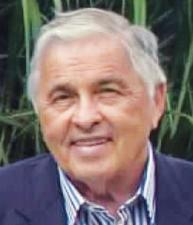 Lewis Stein ’60, founding partner of Nusbaum Stein Goldstein Bronstein & Kron, died on July 15, 2019, at age 83. Stein attended NYU first as an undergraduate, receiving his BA in 1957 before graduating from the Law School in 1960. Stein served as the first public defender of Morris, Sussex, and Warren Counties in New Jersey before establishing Nusbaum Stein Goldstein Bronstein & Kron in 1968. He also served as president of the Morris County Bar Association. Stein was an active member of the NYU Law alumni community, and his daughter Kara Stein ’95 is also a graduate of the Law School. 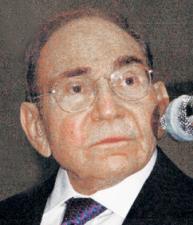 Marvin Tepper ’58, senior executive vice president and general counsel of Sterling Equities, died on July 25, 2018, at age 86. A 1953 graduate of NYU, Tepper received his LLB from NYU Law in 1958. He started as an attorney at the law firm Golenbock & Barrell, eventually becoming managing partner. A member of the board of directors of the New York Mets, Tepper was also a partner in the Brooklyn Baseball Company, owners of the Brooklyn Cyclones. His support established the Tepper Family Scholarship and the Tepper Family Fund within the Grunin Center for Law and Social Entrepreneurship. 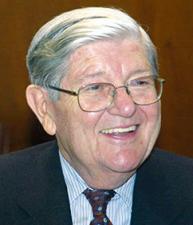 David R. Tillinghast, in whose honor NYU Law’s annual Tillinghast Lecture on International Taxation was created, died on August 15, 2018, at age 88. Tillinghast was regarded as a leading figure in US international taxation for more than four decades. A graduate of Yale Law School, Tillinghast began his career in private practice before joining the US Department of the Treasury, where he became one of the architects of the US international tax system that emerged in the 1960s and remains in place today. He later returned to private practice, and during the 1970s and 1980s taught as an adjunct professor at NYU Law. 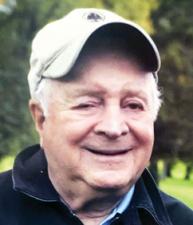 Leonard M. Weintraub ’45 died on December 30, 2018, at age 98. A criminal attorney for 50 years and a 25-year member of the Committee on Character and Fitness of the Appellate Division, First Department, Weintraub was also the author of Why Be a Lawyer? A Memoir, in which he explained his passion for the legal field. Weintraub’s philanthropic endeavors included establishing the Leonard M. Weintraub Merit Scholarship Fund at NYU Law and the Leonard & Robert Weintraub Family Foundation, which provides aid to organizations that promote religion and the welfare of people and animals.