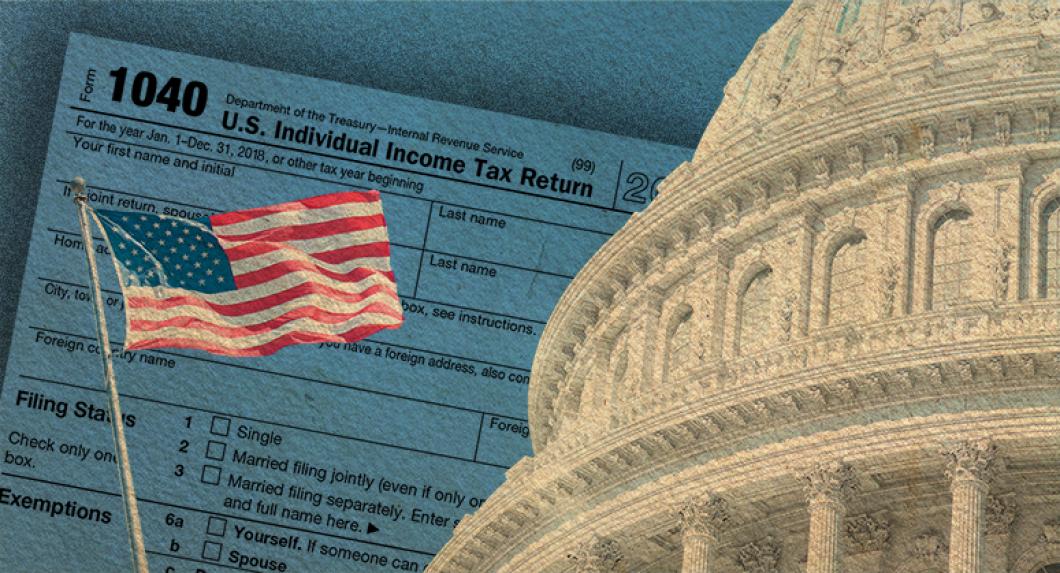 The 2017 US tax reform bill moved through Congress at breakneck speed, signed into law by President Trump just seven weeks after it was introduced in the US House of Representatives. (In contrast, the equally sweeping Tax Reform Act of 1986 took almost three years to travel from proposal to law.) But even as the tax bill was racing through both chambers of Congress without a single public hearing, a particularly nimble brain trust of tax law experts, including four professors from NYU Law, co-authored an in-depth analysis of some of the House and Senate bills’ potential effects and posted it to the Social Science Research Network (SSRN) on December 7.

As of July 2018, “The Games They Will Play: Tax Games, Roadblocks, and Glitches Under the New Legislation” has racked up more than 54,000 downloads, placing it at #12 in the list of SSRN’s most downloaded articles of all time; only two other papers by law professors appear in the top 15. A follow-up paper on December 18, reflecting changes made to the legislation in the conference committee, has yielded more than 34,000 downloads in its own right.

At the February 7 Latham & Watkins Forum, the NYU Law quartet engaged in a panel discussion that drew a large audience of students interested in learning more about the likely effects of the new legislation, which, reflecting the tumult of its swift passage, became law without the title its sponsors had intended: the Tax Cuts and Jobs Act.

“This legislation, whatever its name, is among the most consequential pieces of domestic legislation passed in the last several decades,” said Kamin, the panel’s moderator, in his introduction. “It will have significant effects on the ways in which business is done in the country, on government finances, and on the distribution of resources.”

Giving an overview of the bill’s impact, Batchelder noted that Congress’s Joint Committee on Taxation had estimated the bill would cost $1.5 trillion over 10 years. In that first decade, tax reductions are divided among individual income tax cuts, estate tax cuts, pass-through deductions, and corporate tax cuts, but the individual tax cuts expire in 2026.

“By the end of the budget window, it’s really a big permanent cut to business taxes financed by a tax increase on individuals,” she said, unless the individual cuts are extended, which would bring the cost of the bill to more than $2 trillion.

While estimates indicate modest economic growth effects in the short term, Batchelder added, the growth effects will largely evaporate in the long term, and may even reverse if larger deficits drive interest rates higher. Over the next decade, another provision, the repeal of the individual health insurance mandate, will increase the number of uninsured by 13 million and lead to a 10-percent increase in premiums for insurance purchased on the individual market, the Congressional Budget Office has predicted. Finally, changes in allowed deductions will probably result in less charitable giving, a phenomenon compounded by the lowering of the estate tax, Batchelder said. She deemed the bill “quite regressive” overall.

New York State, whose taxpayers are more adversely affected by the new state-and-local-income-tax (SALT) deduction limitation than residents of many other states, has already taken steps to mitigate New Yorkers’ financial pain. In February, Governor Andrew Cuomo announced amendments to his executive budget that included an employer compensation expense tax system; it would take advantage of the continued deductibility of employers’ payroll taxes to relieve the burden of the new limitations on SALT deductions. Another amendment would create new charitable funds benefiting health care and education, giving taxpayers opportunities for greater deductions. Both amendments closely mirror strategies the SSRN papers predicted that states might adopt.

At the Latham & Watkins Forum, however, the panelists suggested that such loopholes run counter to the government’s ostensible goal of a simpler, fairer, and more efficient tax system. The tax legislation’s proponents, Shaviro said, had predicted considerable job creation. “They were right in at least one respect: it’s created jobs for tax lawyers.”

The reduction of the corporate tax rate from 35 to 21 percent, intended to give the US a leg up in courting multinational corporations, could well have another effect, Shaviro suggested: “There’s really a complete absence of safeguards to make sure that it’s really used for global tax competition, not for people who might enjoy getting a lower tax rate on their salaries.”

He also said that the law’s pass-through provision would likely lead to unequal individual rates. Owners of pass-through businesses—who pay taxes on their business’s profits through their personal tax return instead of having the business pay the tax—will receive a 20-percent deduction. With lower corporate rates, taxpayers in the highest individual tax bracket have the option of incorporating as a private contractor or operating as a pass-through—whichever method proves most tax-advantaged. In a forthcoming article for the British Tax Review, Shaviro writes that both the pass-through rules and the lack of any safeguards against the use of corporations as tax shelters will often “[permit] wealthy business owners to enjoy lower marginal tax rates than many of their employees.”

Kane, tackling the international component of the tax bill during the panel discussion, addressed the issue of “fault lines,” or formalistic distinctions between income categories that allow shrewd tax attorneys to game the system on their clients’ behalf.

“The international provisions are wrestling with the fault line about how we tax US activity versus foreign activity,” said Kane. He said he saw missed opportunities in the new law, and pointed to the longstanding problem of multinational US companies that have left their profits overseas rather than pay taxes to repatriate their profits. The new tax bill imposes a one-time repatriation tax of roughly 15 percent on existing non-US profits; in the future, the US will shift to a territorial system that does not levy an additional tax when foreign-earned profits return to domestic shores. While the repatriation tax will bring in an estimated $224 billion, “it’s conceivable we could have raised much more,” said Kane. Such “a unique moment in tax legislation” will not come again, he said.

Nor did he anticipate a significant boost in economic activity arising from repatriated funds. “If [multinationals] wanted to do projects,” Kane said, “we’ve been in a low-interest-rate environment for a long time.”

Panelists also offered some measured praise for the tax reforms, however. Batchelder noted that new limits on interest deductibility for corporations will likely reduce the previous  preference for debt financing over equity financing by corporations. She also appreciated provisions addressing “earnings stripping” by foreign multinational corporations (in which such corporations doing business in the US dump their debt onto US subsidiaries in order to take major deductions against their US income), a sentiment that Shaviro echoed.

The gustatory provisions of the new law also won kudos. Kamin expressed pleasure that Silicon Valley tech firms can now deduct only 50 percent of expenses for “the amazing food they serve,” rather than 100 percent. Kane, a self-proclaimed zythophile, lauded a $3.50-per-barrel reduction in the excise tax on craft brewers. Per his calculations, that translates into 10 cents less per growler for the consumer.

But in the end, Kane said, “I think the best thing about the bill is that it could have been even worse.”

Watch the full video of the event (1 hour, 9 minutes):

“How to Tax the Rich: Plenty of people call for increasing taxes on the wealthy. David Kamin looks at how to do it effectively.”
NYU Law website, 4/14/16