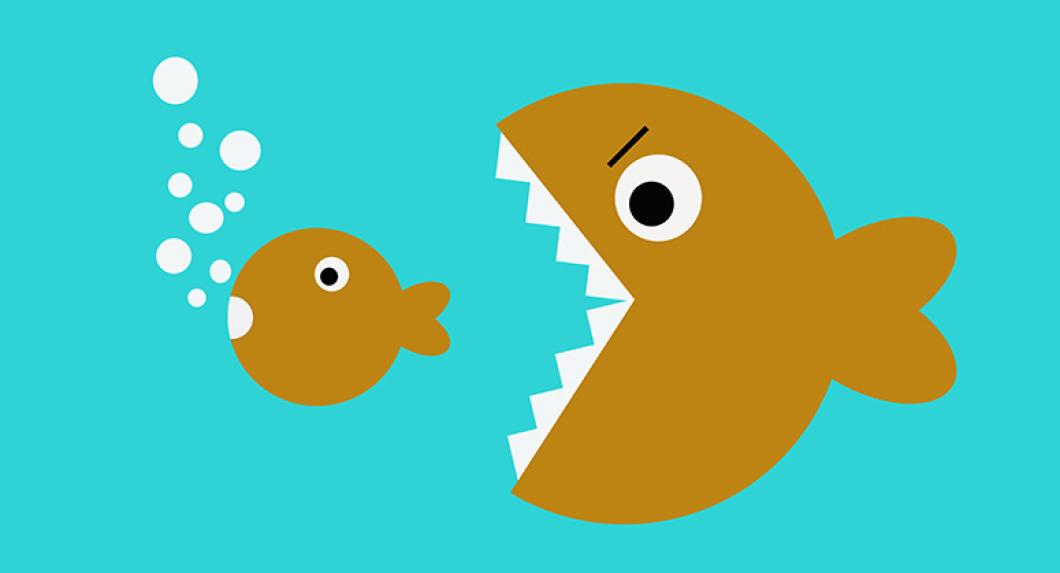 How should antitrust law deal with powerful companies that acquire upstart competitors with strong but unrealized innovative potential—in order to neutralize or destroy these incipient rivals? In “Nascent Competitors,” a recent University of Pennsylvania Law Review article, Moses H. Grossman Professor of Law Scott Hemphill and co-author Professor Tim Wu of Columbia Law School argue for an antitrust enforcement policy aimed at thwarting anticompetitive conduct that helps a monopolist maintain its market position, even if a nascent competitor’s ability to become a serious rival remains uncertain.

This enthusiastically debated antitrust issue is not new. Hemphill asserts that United States v. Microsoft Corporation (2001), which many antitrust law scholars and practitioners would call the most important antitrust case of the last several decades, established that enforcement is warranted even when the target of anticompetitive behavior doesn’t yet pose a certain competitive threat. A memo from Bill Gates laying out perceived threats to Microsoft’s operating system monopoly from the rise of Netscape’s internet browser gave regulators the evidence they needed to build an antitrust case, even though it was far from clear whether Netscape would have grown into a real competitor to Windows. But as Hemphill has seen from discussions at conferences and with defense-oriented practitioners, not everyone agrees about Microsoft’s ramifications for antitrust going forward.

Hemphill says that he and Wu repeatedly heard the assertion that unless a would-be rival would very likely become a success, then antitrust law had no role to play. This view, Hemphill says, “seemed wrong to us as a matter of basic economic logic and also at odds with our best antitrust tradition.” Unable to find a paper laying out the case for antitrust enforcement, they set out to fill that gap.

Hemphill believes that their paper’s argument is particularly relevant in fast-moving and highly innovative markets, such as those for smartphones, DNA sequencing machines, or operating systems—industries “where the boundaries of the product, and who the competitors are, may be uncertain or rapidly changing.”

In one recent prominent case described in their paper, the US Department of Justice filed a civil antitrust lawsuit in November 2020 to halt Visa’s acquisition of Plaid, a fintech firm developing an online payment platform. The Justice Department alleged that Visa had a monopoly in online debit payments and was seeking to acquire Plaid to eliminate a nascent competitive threat. Visa and Plaid abandoned plans for the $5.3 billion merger two months later.

Visa’s internal documents, discussed in a government filing, proved damning. Their vice president of corporate development had written, “I don’t want to be IBM to their Microsoft,” referring to Plaid’s disruptive potential. Describing Plaid’s nascent capabilities as a threat to Visa’s market share, the same executive drew an island volcano to illustrate Plaid’s present competitive capacity as merely “the tip showing above the water.”

The seminal Microsoft case brought to light similarly stark evidence, especially Bill Gates’s memo enumerating potential threats to Microsoft’s operating system monopoly. “That kind of internal documentation of how a sophisticated firm thinks about its competitive threats can be quite powerful for understanding what’s actually going on,” says Hemphill. “That evidence isn’t necessarily going to be available in every case, but when it is available, we should take it very seriously.”

In the absence of clear-cut documentation of anticompetitive intent, Hemphill and Wu write, regulators can look more broadly at a company’s pattern of acquisitions of nascent rivals, or at acquisition payments that substantially overvalue the acquired firm.

The co-authors also highlight the underutilized value of antitrust enforcement post-merger. That option gives regulators more time to develop a clearer picture of a firm’s intent and an acquisition’s anticompetitive consequences, in contrast to the predilection for ex ante enforcement that has characterized antitrust actions for the past several decades. An important recent example of ex post enforcement is the US Federal Trade Commission’s current lawsuit against Facebook for what the FTC alleges is a yearslong pattern of anticompetitive conduct, including the acquisitions of Instagram and WhatsApp. (Facebook denies the government's claims.)

Antitrust academics and practitioners currently debate what hurdle a plaintiff must overcome to establish the existence of an antitrust problem, says Hemphill. “One of the striking features of Microsoft is that it did not insist that DOJ show that Netscape certainly would or even probably would have been a successful rival to the operating system. It was enough that it was capable of making a substantial contribution to competition,” he says. The article makes the counterintuitive point that larger monopolistic firms are more likely to target even the smallest nascent competitors: the bigger a company’s monopoly, the higher its return in absolute dollars on anticompetitive behavior.

Hemphill and Wu’s article acknowledges the importance of acquisitions as an exit for investors in small companies, and it expresses an aversion to thwarting too many acquisitions. Instead, their article singles out acquisition by the company or companies most threatened by a nascent competitor.

Would their proposals chill start-up investments? Hemphill calls that scenario unlikely. “We would be limiting the ability of one firm, or at most a couple of firms, to acquire a start-up,” he says. “If it’s a promising start-up, there are likely to be plenty of suitors.”

The downside of insufficient enforcement involving the anticompetitive acquisition of nascent competitors, Hemphill adds—including higher prices and diminished innovation—is of far greater concern: “We shouldn’t, as enforcers, flinch or go easy when we observe conduct of this kind. Yes, it’s different from a coal producer buying its archrival, but the harm can be quite important, and when it arises it shouldn’t be ignored.”