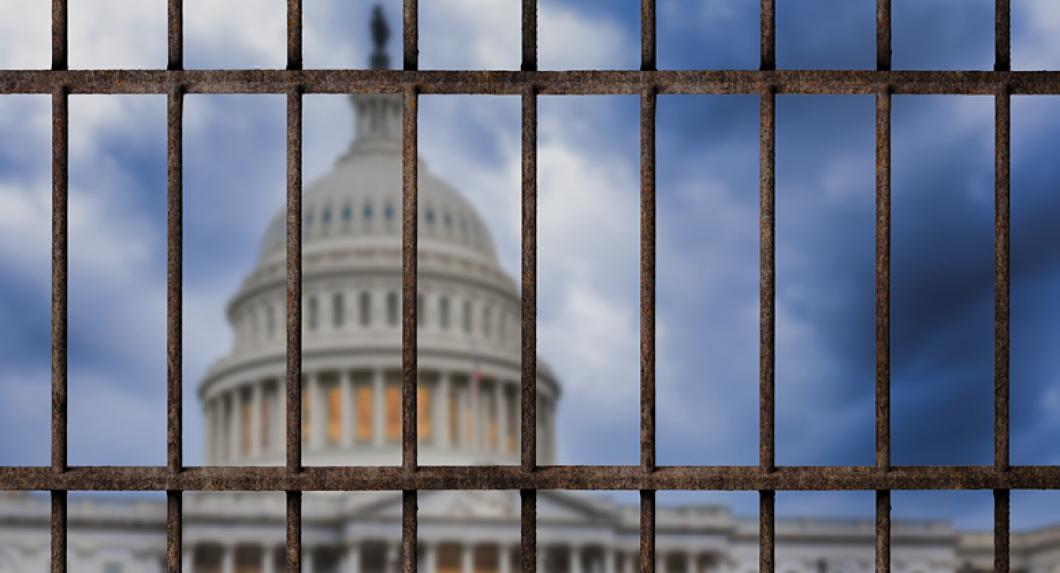 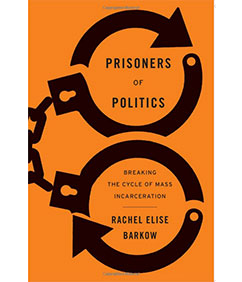 In writing Prisoners of Politics: Breaking the Cycle of Mass Incarceration, Rachel Barkow, Segal Family Professor of Regulatory Law and Policy, says she hopes to inspire a model of criminal justice reform based on evidence and data, overseen by institutions structured to provide accountability. Her recommendations are informed by her experience serving on the US Sentencing Commission as well as her leadership of NYU Law’s Center on the Administration of Criminal Law.

How did the current landscape for criminal justice evolve?

There's a saying in law school, bad facts make bad law. You see that a lot in criminal justice policy-making. Some case gets media attention, or a politician is focusing on it, and the public gets fearful, angry, and upset, and policy follows. It's essentially policy-making by anecdote. Predictably, we get very bad policies as a result, and there's really no accountability for whether or not they work to reduce crime. [Often] there's a demand to do something very tough in response to [a case] without thinking about all the ripple effects of that decision or how a particular approach might, in the long run, make it harder for someone who has committed a crime to effectively reintegrate into society.

What is penal populism and how does it factor into US politics?

You advocate for a model of criminal justice grounded in rational decision-making. What does that look like?

A model of criminal justice grounded in rational decision making looks like governmental decisions that we see in almost every other area of life. The Federal Communications Commission, which decides the requirements for phone service, has to go through a pretty careful process to look at evidence and data and face judicial review. If we had a more rational criminal justice model, it would look like the way we make decisions in other areas where we really do try to get the best available information before we take actions and try to find the course that would make for the best public safety outcome [with] the best use of our limited resources, all while ensuring that the punishments are retributively just and not excessive.

In the book, you mention that social policies involving healthcare education, employment programs could play a role in crime prevention. How so?

People make decisions given the circumstances that they face, and societal and structural forces affect criminal behavior. It matters what educational opportunities are out there. It matters what job opportunities there are. Healthcare and mental healthcare matter, drug treatment matters, and so investing in all of those things helps to reduce crime as well, because all of those structural factors affect whether or not people have the kind of opportunities they need to make law-abiding choices, versus facing a much more limited set of choices that can sometimes lead them to commit crimes.

Are all of the voices that need to be considered part of the process?

If you really wanted to think carefully about what a good criminal justice policy response should be, you would want to ask people in higher crime communities what they are interested in seeing happen in their communities. You'd want to talk to people who are formerly incarcerated, to talk about their experience and what worked and what didn't work.

All too often, suburban voters or voters in communities that don't have high crime rates have a disproportionate influence, but they often have erroneous assumptions about what crimes are actually occurring in urban areas or higher-crime neighborhoods that lead them to support harsher policies that often end up leading to worse public safety outcomes.

Which criminal justice policies often backfire given their intended effect?

There are three institutional changes that address criminal justice reform that I think are crucial. The first would be how we measure a successful prosecutor. What kind of metrics should be in place? We should also be making sure that prosecutors are staying in their lane and aren't the chief policymakers when it comes to criminal justice.

The second big area would be having agencies in place that are responsible for the chief policy-making decisions—to look at evidence and data, to explain why they picked a particular course and face judicial review, [and] to [provide] cost benefit analysis of their decisions.

The third thing would include making sure the federal courts are policing constitutional protections, and also making sure that we have good judges in place who are making discretionary decisions about bail and pretrial detention, evidentiary rulings, and sentencing.

Right now when you look at the bench in the United States, it really is dominated by former prosecutors. It would be much better for us to have a diverse bench with lots of professional backgrounds and really attuned to these criminal justice issues so that they check the government when the government overreaches.

Why is judicial selection so important in terms of criminal justice reform?

What do you view as the best-case scenario for reform?

I think the best-case scenario for reform would be that we get a bipartisan consensus that the current way we do things doesn't make sense and that we really should have different institutions in place so that we get better public safety outcomes. Right now we're just getting the worst of everything. We're getting policies that aren't effectively promoting public safety and we're destroying millions of lives and making racially discriminatory decisions.

The way we can do better is to get out of this political rut where politicians are rewarded just for being harsh. The ideal response would be to set up institutions that allow us to really look at what works and what doesn't work—to have some agencies that are on the front lines and that are insulated appropriately from political pressures.

People want to be safe, and people want policies that are effective, and the way we could achieve that would be to put institutions in place that are charged with finding the policies that do the best job of promoting public safety given what we currently know.