The Prisoner Trade: Emma Kaufman offers a comprehensive picture of an interstate system of trading and transferring prisoners 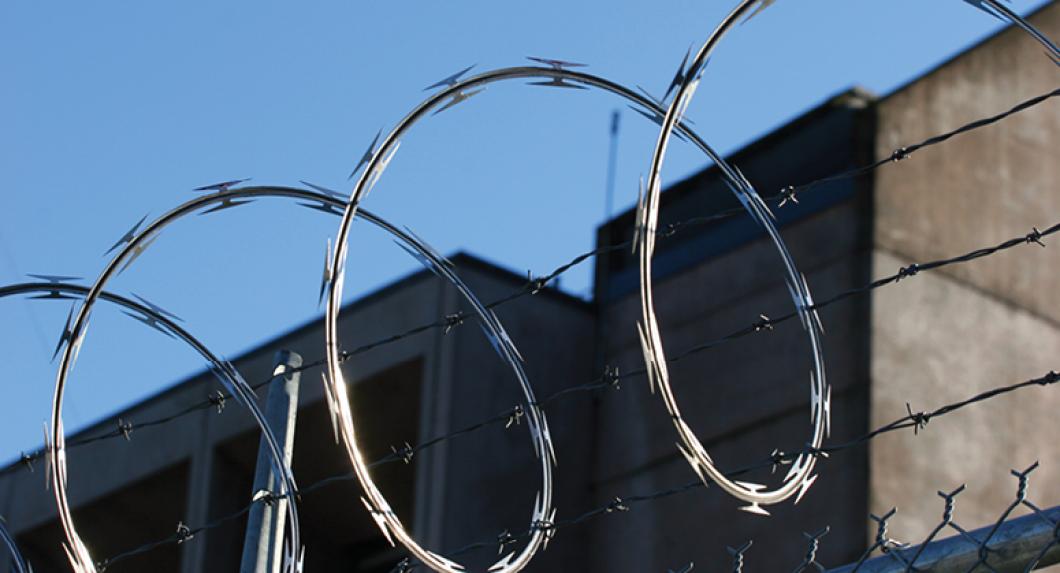 In her 2020 Harvard Law Review article, “The Prisoner Trade,” Assistant Professor of Law Emma Kaufman asks readers to imagine a scenario in which two people are convicted of the same crime in their residential state of Vermont. Each is sentenced to serve 20 years in the same Vermont facility. But as the prison population increases, one is bussed more than 2,500 miles away to a correctional center in Nevada, far from his family and the support services, such as healthcare and job training, that he had used previously. The other prisoner finishes his sentence in Vermont. Her example raises the question: have both prisoners received equal treatment in the correctional system?

“Nothing about this story is unlawful,” Kaufman writes. “Under current doctrine, prisoners have no right to be incarcerated in the state where they were convicted, and states may trade prisoners—either for money or for other prisoners—when they wish.”

For her research, Kaufman sent open records requests to state correctional agencies in all 50 states, asking where prisoners convicted and sentenced to serve time in state prison systems were currently being held. Their responses allowed her to publish the first comprehensive study of a national system in which prisoners are transferred and traded across the country in a variety of disruptive and harmful ways.

“Because information on prisoners [is often difficult to obtain], scholars, lawyers, lawmakers, and even the judges who impose prison sentences often have no idea where prisoners are held,” Kaufman says.

In the second half of the 20th century, the rise of incarceration rates along with a strengthened penal bureaucracy allowed prison administrators to more easily coordinate with each other for trading arrangements, Kaufman explains. Then as the private prison industry expanded, it created new locales for out-of-state prisoners and bolstered the existing trade system. La Palma Correctional Center for example, is a private facility in Arizona that until 2019 held only prisoners convicted in California.

In the United States, prisoners are tried and convicted where they committed crimes, which is often their state of residence. But interstate transfers can send people thousands of miles from their families, depriving them of family support and, some studies suggest, increasing their risk of recidivism after release. Similarly, displaced prisoners are removed from state-specific reentry programs that would aid their transition back into society and the workforce.

“There are the pathologies of American punishment that I was trying to expose. These stories unsettle our intuitions about red state, blue state criminal justice politics,” Kaufman says. “[Left-leaning states] like Vermont and Hawaii are the two biggest outsourcers of prisoners. That doesn’t accord with the most prominent story about the harshest systems or the biggest systems.”

“I went into this project and discovered all of these harms. But in interviewing people about transfers, I discovered reasons that they would be a good idea,” Kaufman says. “This isn’t a straightforward story,” she adds.

Transfers can provide opportunities for prisoners sentenced in states of which they are not residents to relocate closer to their families or to receive protection or treatment that was not available at their former facility. Transfers to reduce crowding can remove the pressure of overcrowding, which poses challenges to prisoners and prison staff.

To address this complex and flawed system of prisoner transfers, Kaufman proposes a system similar to the international repatriation process, which requires prisoners to consent to transfers and involves oversight by federal courts.

“We should try to build prisoners’ views into the assessment of whether or not a transfer is going to be legal,” Kaufman says. “The suggestion is not that this system would never be subject to abuse—because every regime and every tool that operates in these coercive environments is subject to abuse. But the idea is to restructure the prisoner trade to curb some of the more noxious aspects of forced transfers, and to bring prisoners’ experiences and their family members’ preferences into this legal regime.”