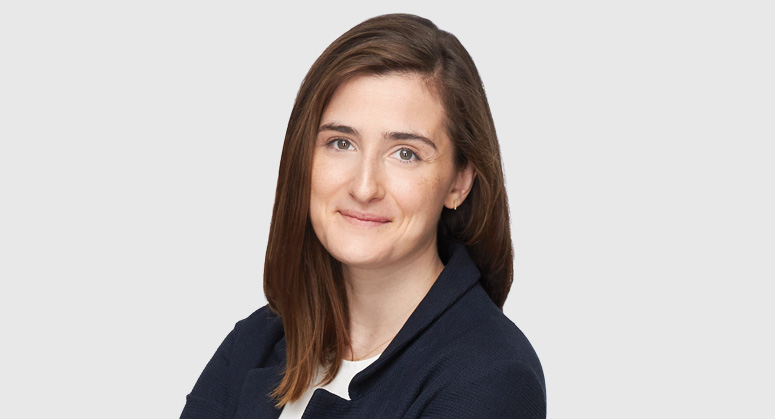 Emma Kaufman’s interests as a Columbia University undergraduate encompassed criminal justice, race, poverty, and related issues. But only when Columbia placed her by chance in a summer internship at the Correctional Association of New York did she find a milieu where all of those factors coalesced: the prison. “Prisons are empty vessels that we project all of our social anxieties into and onto,” she says.

Kaufman, a criminologist who joined the Law School faculty this summer as an assistant professor, seems uncannily well suited for NYU Law: Her work involves a combination of criminal, immigration, and administrative law, all key specialties of the faculty here. Kaufman’s most recent article, “Segregation by Citizenship”, appeared in the Harvard Law Review this spring. Currently, half of federal prisoners who are noncitizens are segregated in separate facilities. The article argues that separate is not equal: the prisons holding noncitizens have significantly fewer resources than other prisons. The piece also asserts that the question of equal protection is complicated by judicial deference accorded to prison officials regarding the rights of the incarcerated and to the federal government in matters of alienage classifications.

Kaufman is now working on a paper based on her national study of “transportation punishment,” a phenomenon in which states send their prisoners to other states that have more room to incarcerate them. “You think we have 50 state prison systems, but we actually have one national system or maybe four regional systems where prisoners are traded at will,” she explains.

Kaufman grew up in Carlisle, Pennsylvania, where her father was a commercial litigator and her mother taught English at Dickinson College. “My dad gave me the law,” she says, “and my mom showed me what it was like to be an academic.” After graduating from Columbia with a double major in philosophy and gender studies, Kaufman went to the University of Oxford as a Marshall Scholar and a Clarendon Scholar. There, she undertook a yearlong ethnographic study of five different men’s prisons. After earning an MPhil and a DPhil in criminology, Kaufman turned her prizewinning dissertation into the book Punish and Expel: Border Control, Nationalism, and the New Purpose of the Prison (2015), the first comprehensive account of the UK’s imprisonment of noncitizens.

As a Yale Law School student, Kaufman became interested in administrative law: “I was really taken with...the way that criminal justice is, at its core, about the administrative state.” She took every course taught by Arthur Liman Professor of Law Judith Resnik ’75—whose expertise includes courts, prisons, and citizenship—and also worked on various prison reform projects under Resnik’s guidance.

“Emma was a remarkable student,” Resnik recalls. “She was immediately a junior colleague, and it was a pleasure to see her meld her astute choice of topics, her commitment to justice, and her concern about the incarcerated—whatever their nationality and place of origin—with law.”

After clerking for Judge J. Paul Oetken of the US District Court for the Southern District of New York and Judge David Tatel of the US Court of Appeals for the District of Columbia Circuit, Kaufman began her academic career as a Harry A. Bigelow Teaching Fellow and a lecturer in law at the University of Chicago Law School. She taught legal writing and a survey course on constitutional prison cases, and also co-taught a constitutional law course to prisoners at an Indiana correctional facility with Justin Driver, now of the Yale Law faculty.

Kaufman’s teaching manifested “a real charisma and capacity for communicating her enthusiasm about her subject matter,” Driver says, adding, “I am confident that she’s going to make important contributions to the intellectual community at NYU.”

At NYU Law, Kaufman will teach Legislation and the Regulatory State this academic year. She recalls being slightly starstruck when Arthur T. Vanderbilt Professor of Law David Garland became one of her new colleagues. “The Culture of Control was like the Bible for us when we were doctoral students,” she says. The Law School’s Immigrant Rights Clinic, taught by Nancy Morawetz ’81 and Alina Das ’05, further augments the scholarly synergy.

Kaufman lives near Washington Square Park with her husband, Eric Gardiner, whom she met when they were both Marshall Scholars. The couple shares their home with a dachshund mix named Scooter, now a habitué of the park’s dog run. Kaufman enjoys modern fiction (she’s currently reading Rachel Cusk’s Outline trilogy) and Pilates. She also likes cross-country road trips, although, she notes, “[Eric’s] really sick of the detours into the middle of whatever state we’re in just to see penal facilities.”