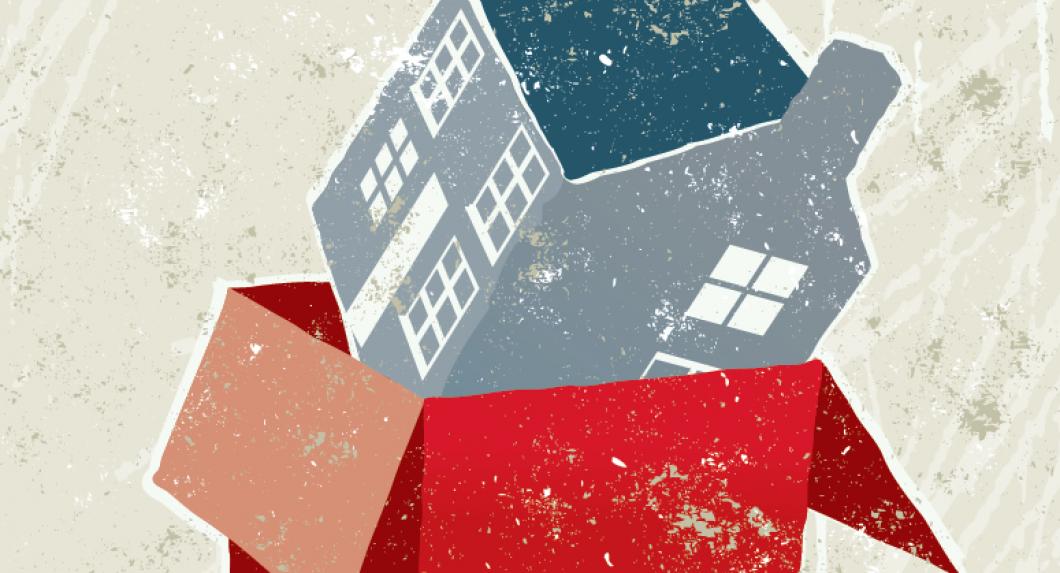 The Great Recession that started in 2008 brought a housing crisis in which over six million American households lost their homes to foreclosure. Where did these people go next, and how did their economic circumstances change? Their outcomes may contain clues to the future course of the new housing crisis in the wake of the COVID-19 pandemic, says Assistant Professor of Law Michael Ohlrogge.

Ohlrogge and his co-author Christos Makridis studied a nationally representative sample of 1.4 million individuals who lost their homes during the recession. To determine the extent to which their relocation affected future economic opportunities, they tracked these individuals from the zip code or census tract where they originally lived to the new localities where they moved following foreclosure. Their research—which found that people were generally able to move to areas with better economic opportunities, but also noted some racial disparities in outcomes—will appear in a forthcoming paper in the Journal of Economic Geography, “Moving to Opportunity? The Geography of the Foreclosure Crisis and the Importance of Location.”

Ohlrogge’s interest in this topic was sparked during his work between 2008 and 2009 as a community organizer in Oakland, California, which experienced a large number of foreclosures. These foreclosures not only affected people on an individual level, but led to larger-scale decline of certain Oakland neighborhoods, he says.

“I was concerned that people might end up in a triple whammy situation, where they’ve lost their job, and that leads to them experiencing a foreclosure, and then they have less money, they have a lower credit rating, they need to move, but they are priced out of areas with better economic opportunities,” Ohlrogge says.

The co-authors found that people generally relocated to areas with lower unemployment and higher incomes, particularly when they moved to a different county. The research suggests that since labor markets are broadly defined at county and state levels, these moves to new counties reflected a relocation to different (and stronger) labor markets.

When the researchers compared Black and white Americans in the same zip code or census tract prior to foreclosure, white Americans experienced larger improvements in their living conditions post-foreclosure than Black Americans, moving to areas with lower unemployment rates and higher per capita incomes (though both groups slightly improved their conditions). Favorable outcomes for both Black and white Americans were contingent upon a variety of factors, such as the length of the period between the initiation and completion of a foreclosure: a longer delay potentially gave people more time to find better opportunities outside of their county, Ohlrogge says.

Ohlrogge emphasizes that the study’s results should not be misconstrued to imply that foreclosure has a positive impact on those who lost their homes. While people were able to move to areas with better economic opportunities, these areas were still below average in per capita income at the state level. They also switched from home ownership to renting.

“I think the evidence in other research beyond what is in this particular paper is very clear that foreclosures are horribly disruptive events…for individual people and for the communities that they’re in,” Ohlrogge says. “And that’s just very, very well established at this point in the literature.”

Amid the current economic downturn caused by the pandemic, this research highlights issues that policymakers should consider in addressing future waves of foreclosures.

“These findings shed a different light on efforts to prevent economic and financial disasters that lead to foreclosures. While many people may be negatively impacted by these disasters, not everyone recovers at the same rate,” Ohlrogge says. The disparate outcomes between Black and white Americans experiencing foreclosures adds a dimension of racial equity concerns that must also be considered, he adds.

“As I like to say in my teaching and research—finance isn’t just for folks who are interested in money,” he says. “Concerns like social justice, environmental protection, and more all are impacted by what happens in the financial system.”