Is There an International Rule of Law? José Alvarez examines the question in a new book 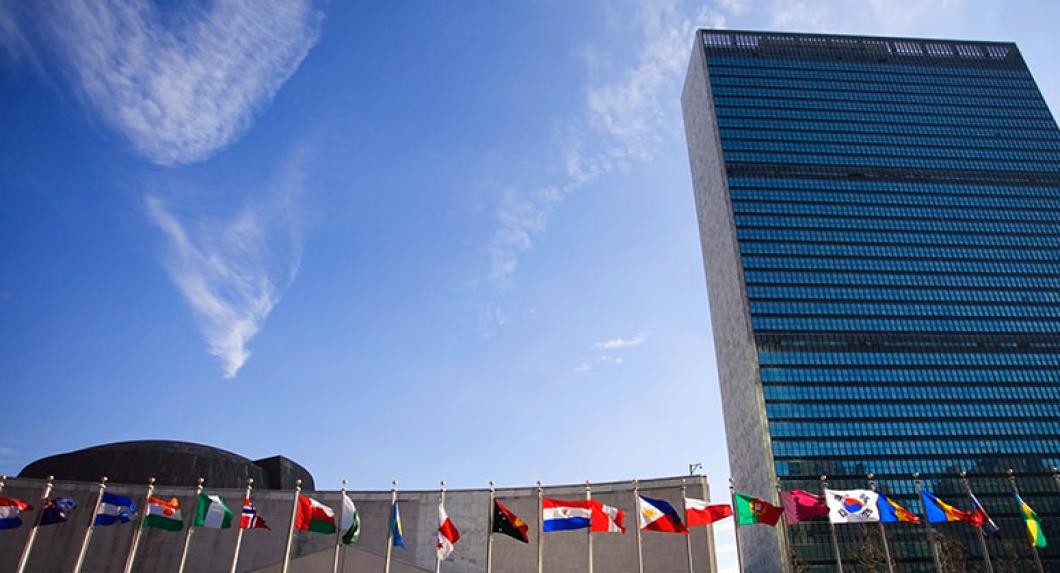 The United Nations is at the center of a controversy that makes Professor José Alvarez's forthcoming book, The Impact of International Organizations on International Law, particularly timely. Since 2010, cholera, imported into Haiti by UN peacekeepers, has killed close to 10,000 Haitians, but the UN has steadfastly resisted efforts to hold it accountable. That stance is “morally unconscionable” and “legally indefensible,” says UN special rapporteur—and John Norton Pomeroy Professor of Law—Philip Alston in a report to be presented to the UN in September. (The New York Times obtained and quoted from a draft.) It “upholds a double standard according to which the UN insists that member states respect human rights, while rejecting any such responsibility for itself.”

How can this be? In his book, Alvarez, who is the Herbert and Rose Rubin Professor of International Law, ventures at least part of an answer. He sets the issue of legal accountability of international organizations (IOs), against a larger paradox: The proliferation of IOs over the past half century, he writes, has made it harder to say what constitutes international law. And while IOs—first and foremost the UN—actively proselytize for and invoke the “rule of law,” there are no clear laws or legal regimes to which injured parties can turn for redress when the organizations themselves have caused harm.

“If today we question, with good reason, whether the ‘international rule of law’ exists, one reason for doubts may be the ways that IOs engage in ‘law making,’” writes Alvarez.

The dominant framework for understanding public international law, Alvarez explains, has long been legal positivism. Under that view, law within nations is created by institutions—legislatures, courts, and executive agencies. But in the international sphere, institutions have not been invested with the power to create binding legal rules. Thus, positivists say, international law emerges only from rules that nations consent to through treaties, custom, or general principles.

The reality, Alvarez demonstrates, is quite different. Myriad IOs—the UN Security Council, International Criminal Court, World Health Organization, International Monetary Fund, International Labor Organization, and countless others—turn out work product that must be regarded in some fashion as law. Opinions issued by international tribunals, IO-generated codes of conduct for businesses, hortatory resolutions by general assemblies, advisory letters issued by IO counsel, and commission reports are just some examples. An international lawyer, Alvarez says, would be committing malpractice if he or she ignored this informal or “soft” law.

“Global administrative law” is another term used to describe the tapestry of legality woven by IOs, and Alvarez says his thinking on the topic has been influenced by the work of a number of NYU Law faculty members affiliated with the Law School’s Global Administrative Law Project. He also cites work by Dean Trevor Morrison describing how a pattern of practice across U.S. presidential administrations can create constraints on presidential authority, suggesting that this may apply to organizations like the UN Security Council, as well.

The informality of international law, the fact that it presents a spectrum of binding authority—in short, its sharp departure from legal positivism—is in many ways welcomed by Alvarez. Across a multitude of areas, it has given rise to a meaningful apparatus of global governance. But it also has its shortcomings, and the UN’s failure to offer redress to Haiti’s cholera victims exemplifies one of them.

“One reason why it is difficult to make IOs accountable is the relative dearth of clear primary rules that we can say with assurance IOs are subject to,” Alvarez writes. “The IO challenge to legal positivism is not the only reason for this gap in international law—but it certainly helps to explain that uncertainty. We simply do not have clear positivist sources of law (treaties or established custom) that give us a ready response to the question of whether IOs can be guilty of human rights violations.”

Not that Alvarez wants to let the UN off the hook. The organization, he says, should compensate those it has harmed and remediate conditions in Haiti to prevent further cholera outbreaks. But this does not require that the UN be hauled before a court, he says. Instead, Alvarez calls for use of more diverse and nuanced accountability mechanisms—particularly diplomatic negotiation—to achieve an outcome consonant with the rule of law.