Adaptive and Resilient Movements: In a new book, Gráinne de Búrca offers reasons to be optimistic about the future of human rights efforts 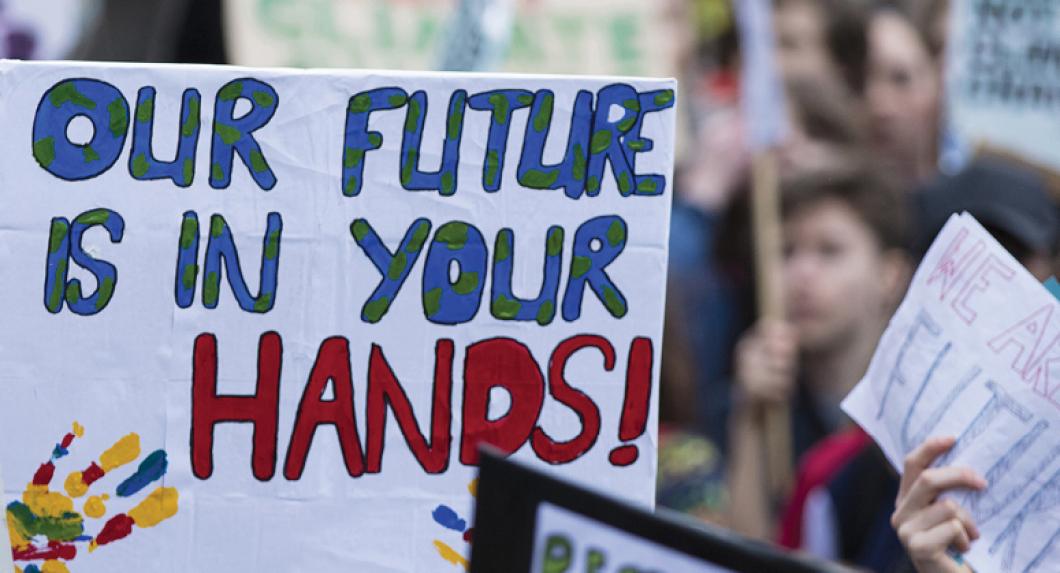 Even many progressive scholars tend to be pessimistic these days regarding the efficacy of human rights law and organizations, notes Gráinne de Búrca, Florence Ellinwood Allen Professor of Law. As she points out in her new book, Reframing Human Rights in a Turbulent Era, the bleak titles of recent publications by prominent intellectuals speak for themselves. The Endtimes of Human Rights. The Twilight of Human Rights Law. Not Enough.

De Búrca, who does not share that grim outlook, set out to write a corrective account of the state of the human rights movement. The work was inspired by a notion of experimentalist governance that she has previously written about in the context of the European Union system, and has been developing with social scientists. Essentially, the idea is that a multilevel system of government can be broadly interactive among its various levels and can create an effective system of governing without operating “top-down” or in a “command-and-control” way.

“I started thinking about the international human rights system from that perspective,” de Búrca recalls, “and reflecting on the similar lack of any centralized hierarchical authority within the global human rights system capable of commanding or enforcing its precepts and rules, while at the same time there was something about the interactive dynamic of the system at multiple levels that managed to bring about progressive change.”

Some prominent critical progressive scholars, de Búrca says, have tended to adopt a dichotomous view, presenting international human rights as either a top-down system dominated by large organizational bodies, or else understanding human rights primarily as a bottom-up grassroots phenomenon. For de Búrca, however, those conceptions ignore the vast iterative middle, in which, she writes, “an ongoing process of contestation and engagement between social movements and civil society activists, international networks and institutions, and state and independent domestic institutions and actors” yields results over time.

De Búrca freely acknowledges that valid and important criticisms of the human rights movement exist—for example, the argument that large human rights organizations have sometimes adopted a more neoliberal focus on civil and political rights to the detriment of economic and social rights. The seeming inefficacy of human rights organizations at a time of increasing illiberalism around the world—including in the US and Europe—troubles many. But these critiques, she asserts, “only look at certain parts of the picture, or present a very specific or partial perspective, and there was a lot more that I felt needed to be brought into the picture.”

The bulk of Reframing Human Rights in a Turbulent Era comprises three human rights case studies in countries that sit at different points along the democratic spectrum. In Pakistan, de Búrca looks at mobilization in favor of gender equality; in Ireland, she examines advocacy for children’s rights and reproductive autonomy, and in Argentina, she discusses the push for expanding the rights of persons with disabilities.

“Even in the most repressive regime you’ll find there are ways activists have of mobilizing,” she says. “They’re very strategic and very careful and so on, but they still do. And at the other end of the spectrum, in the most democratic systems there are elements of what certain authors have called ‘societal authoritarianism’…. There are groups in every society that experience silencing, repression, societal authoritarianism of that kind.”

In the book’s final chapter, de Búrca considers some of the most pressing global challenges that the human rights movement faces: the rise of political illiberalism, digitalization, climate change, increasing socioeconomic inequality, and the COVID-19 pandemic. She argues that there are reasons for optimism as long as human rights actors can adapt, implementing thoughtful and necessary changes based on well-targeted criticisms. The iterative, pluralist, and multilayered nature of the human rights system can, she asserts, be as much an asset as a perceived liability; a decentralized system is far more difficult to destroy. Even as international human rights institutions have weakened, domestic social movements and activism have grown more prominent, evident in sustained demonstrations in Hong Kong, Myanmar, Belarus, Nigeria, the US, Iraq, Lebanon, and elsewhere.

“Human rights movements,” de Búrca writes, “often grow and strengthen during periods of political repression…. The rise of a multipolar world requires more strategic thinking but also broadens the options for drawing in a different range of actors, or combination of actors, in support of human rights campaigns.”

During a virtual event hosted by NYU Law’s Center for Human Rights and Global Justice in March, fellow scholars discussed Reframing Human Rights in a Turbulent Era. “The refusal to reduce how human rights works to simplistic models and [instead embracing] the messiness, the multiplicity of actors, the tapestry of different approaches across North and South, and within different countries and different movements, I think will make an enormous contribution in moving forward,” said Alicia Yamin, a senior fellow at Harvard Law School’s Petrie-Flom Center for Health Law Policy, Biotechnology and Bioethics. Professor Martti Koskenniemi of the University of Helsinki Faculty of Law, another participant, told de Búrca, “This work is going to be read everywhere.” Professor Catherine Powell of Fordham University School of Law called de Búrca’s book “an instant classic” and suggested that “the experimentalist approach she advocates could be useful in addressing the race and gender justice paradoxes unmasked by our pandemic economy.”

Potential and future human rights advocates are an audience de Búrca particularly hopes to reach with her book. Increasingly, her own students have questioned the value of the human rights system, and have been influenced by the chorus of critical voices announcing the endtimes of human rights. “It seemed to me that a lot of very clever students who are interested in advancing social justice were getting disillusioned—worrying that human rights advocacy was out-of-date and that the movement wasn’t up to the challenges of today,” she says. “I think that would be such a shame. An ambitious and innovative education in human rights and human rights advocacy, such as that available as part of NYU Law’s clinical offerings, does help equip a new generation to go out and be ready to address these challenges.”

"A Hierarchy of Equalities: Gráinne de Búrca examines how the European Court of Justice is dealing with anti-discrimination laws"
NYU Law website, 9/4/15