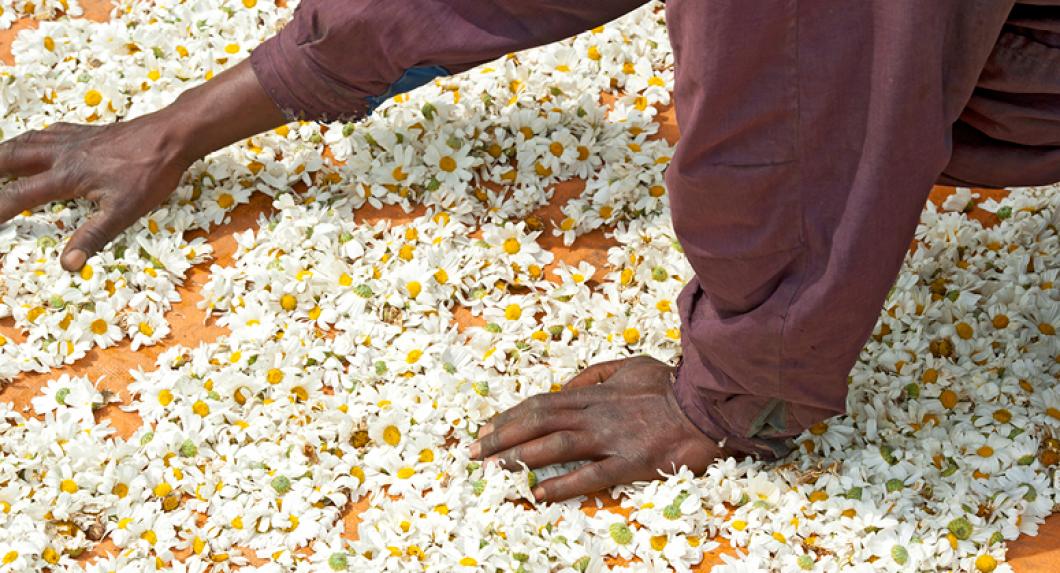 Kenya’s soil and climate make it particularly hospitable to the pyrethrum flower, an environmentally friendly pesticide ingredient, whose cultivation supported the livelihood of 200,000 Kenyan farmers in the 1980s and 1990s. In 1980, Kenya’s world market share in pyrethrum was 82 percent. By 2009, after the state set up the monopoly Pyrethrum Board, Kenya’s share had fallen to 4 percent.

To Eleanor M. Fox ’61, Walter J. Derenberg Professor of Trade Regulation, and Mor Bakhoum, senior research fellow at the Max Planck Institute for Innovation and Competition in Munich, Germany, the Kenyan monopoly problem presented a moment for the local competition authorities to come into action and protect the markets for the people.

In their new book, Making Markets Work for Africa: Markets, Development, and Competition Law in Sub-Saharan Africa, Fox and Bakhoum examine antitrust laws and policies in the  countries of sub-Saharan Africa, markets which have largely been left out in legal scholarship.

“Our thesis is that Africa needs more ‘market,’ but not the kind that simply works for powerful interests,” Fox and Bakhoum write. “It needs markets governed by rules that control the power of the powerful and unleash the talents and energies of the masses of people long left out of the economic enterprise.”

Fox and Bakhoum report that of the 48 poorest countries in the world, 34 are African, and despite recent economic growth, much of the population remains in poverty. This is due in part, the authors say, to cronyism, corruption, and privileges lavished on friends of the state, as well as practices of businesses that fix prices, divide markets, and keep new entrants out.  They argue that competition policy is an important—although not complete—part of the solution, protecting vulnerable people and pushing back the barriers that keep them poor and without opportunity.

In a February 28 book launch event, which included Fox, Charles L. Denison Professor of Law Harry First, and economist and Nobel Laureate Joseph Stiglitz, Fox noted that competitive markets, when properly encouraged and regulated, protect the interests of the majority by rewarding ideas and enterprise on their merits and making the nations more competitive. But markets are not naturally competitive, Stiglitz said, and African countries have unique barriers that work against the interests of the majority.

“You look at the title of the book Making Markets Work—markets don’t work on their own,” Stiglitz said. “You have to make them work. And that’s really true in the US, but it’s even more true in developing nations, like Africa, [where] the barriers to competition, the natural barriers are actually quite strong and compounded by government barriers.”

Fox and Bakhoum note that political instability—combined with the high cost of importation and transportation and a lack of technological infrastructure—are barriers that prevent the people from participating in the market. These obstacles create a two-tier system: large enterprises, usually multinational or state owned, that dominate the top tier of business in local economies, and the African nationals who are often relegated to the informal economy.

But here is hope for improvement, Fox and Bakhoum write. In cases like the Kenyan pyrethrum flower market, the World Bank Group, an international financial institution that provides assistance to developing countries, partnered with local antitrust authorities to  destroy the power. This partnership helped to remove the exclusive trade privileges that had created a market monopoly, Fox and Bakhoum write.

In less developed markets, Fox and Bakhoum say, investment should be directed toward local businesses, whose insight, on-the-ground experience, and local industry connections may empower them to serve their communities better than foreign multinational organizations.

Fox and Bakhoum also argue that sub-Saharan African competition authorities should avoid the pressure and temptation to transplant Western standards blindly. These sub-Saharan countries have different imperatives in satisfying their countries’ needs, and they need tools fit for their markets. The authors say that while US standards are geared towards increasing total wealth, no matter who wins and who loses, developing countries must take account of distributive values: better and lower priced goods, services, and economic opportunity for their people—the majority of whom, in many countries, have been left out of the economic enterprise.

Fox and Bakhoum write that competition authorities should work to design law and policy that is “pro-outsider, pro-inclusive development…[and that] would value a free and open marketplace without privilege or favor.” This would help close the gap in the two-tier system, and reward and protect the entry and success of local market players.

“Behind every local company that made it or might make it in the marketplace, there are barricades to be hurdled,” Fox and Bakhoum write. “Overcoming the hurdles is a daunting task in countries often run by autocratic governments and vested interests that profit by keeping others down and out. But that task—pulling down the barricades and being the voice for pro-people markets—is the competition authorities’ job and society’s hope.”