Why Feminism Now? Carol Gilligan and David Richards argue that feminist resistance to patriarchy is the key to saving democracy 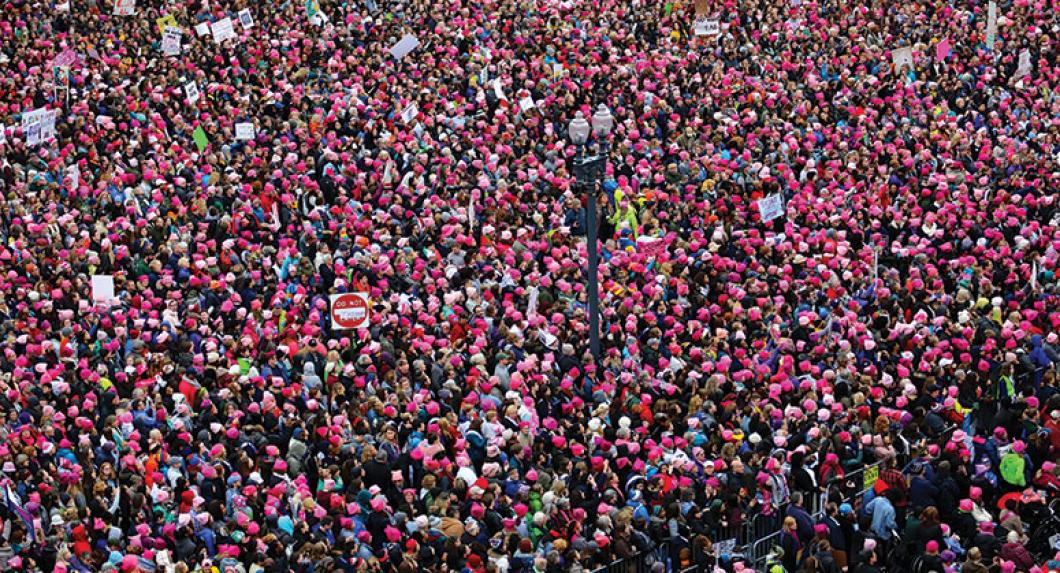 University Professor Carol Gilligan and Edwin D. Webb Professor of Law David Richards have co-taught an NYU Law seminar on Resisting Injustice for more than a decade, but in the wake of the 2016 election, students surprised the professors by turning in papers “of the sort that we had never seen before,” Gilligan says.

The interdisciplinary seminar examines the legal and psychological roots of ethical resistance, drawing on Gilligan’s studies in psychology and moral development and on Richards’s scholarship in constitutional law and political resistance movements. Students produce personal essays as well as close studies of the civil rights and anti-war movements, feminism, sexual liberation, and gay rights. Donald Trump’s election as president provoked students to grapple with how patriarchy had shaped their personal experiences—and their own complicity in patriarchal systems.

“Our students have long recognized the problem of men’s violence,” Gilligan says, “[but] I think the students were shocked to see this unapologetically patriarchal man elected president, and they sort of looked inward,” examining how conforming to patriarchal systems had negatively impacted their own lives. One student wrote about his regrets about turning away from a childhood best friend who came out as gay. Another wrote about pushing away the woman he loved. A third wrote about toxic misogyny and homophobia in the culture of the fraternity he joined in college.

Their students’ reactions motivated Gilligan and Richards to write a new book reflecting upon feminist resistance to newly prominent patriarchy: Darkness Now Visible, which was published last fall. Gilligan and Richards use their students’ essays as a springboard for their discussion of how patriarchy—which they define as a hierarchy elevating some men over other men and all men over women—is harmful to both men and women.

Darkness Now Visible is a sequel of sorts to a previous collaboration, The Deepening Darkness: Patriarchy, Resistance, and Democracy’s Future, published in 2008, which traced the role of patriarchy from ancient Rome to what was then the present day. At the time, Richards says, “We thought that [these issues] showed that patriarchy was still very alive, although rather submerged in the culture.”

Gilligan and Richards observe in Darkness Now Visible that, during the 2016 election, the “submerged” patriarchy revealed itself. In the book, they refer to Trump as a “deeply patriarchal” man, who used “’wolf whistle’ politics, invoking misogyny and appealing to male honor and superiority (America First) as his central strategy.” Although many seeking to explain the 2016 election results turned to Hannah Arendt’s The Origins of Totalitarianism and George Orwell’s 1984, Gilligan and Richards build upon arguments in  Virginia Woolf’s essay “Three Guineas” to explore what they see as the  psychological link between patriarchy and fascism. Woolf recognizes that the public life and the private life are connected—and she argues that women’s resistance to the patriarchy is the “advance guard” of the fight against fascism.

Defining feminism as “the movement to free democracy from patriarchy,” Gilligan and Richards write that it is the “key ethical movement of our age.” That is not to discount the roles of racism and social class in holding structures of oppression in place, they say. Rather, they argue that adherence to the hierarchy within patriarchy can make it more difficult to resist all kinds of injustice, and that by breaking out from the patriarchy, feminism creates space for resistance to oppression on the basis of race and class as well.

The Resisting Injustice Seminar also inspired another book that Gilligan published last fall, Why Does Patriarchy Persist? Co-authored with former seminar student and current NYU Law research fellow Naomi Snider LLM ’15, this book also draws on the responses of seminar students to the 2016 election, but delves particularly into the psychological function of patriarchy.

And in answer to the questions, “Why feminism and why now?” Gilligan and Richards write that the answer is simple: “Because as the movement to free democracy from patriarchy, it holds the key to human survival.”

“Love Across Barriers: In a new book, David Richards explores the connection between our abilities to love and to resist injustice”
NYU Law website, 11/23/15