Retooled Economies: Cynthia Estlund’s most recent book proposes strategies for a world in which automation could dramatically reduce employment 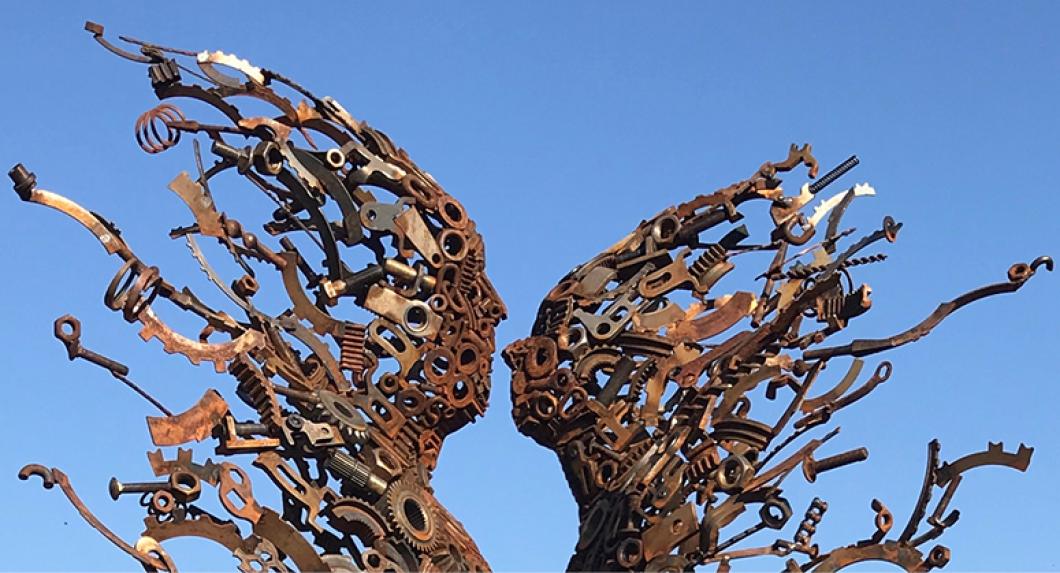 In her most recent book, Automation Anxiety: Why and How to Save Work, Catherine A. Rein Professor of Law Cynthia Estlund delves into the potential for automation to lead to widespread job elimination. She foresees many possible futures, both with and without less work, and they range from deeply dystopian to humane and broadly appealing. It all depends on how we respond.

The book builds on a 2018 article that Estlund published in the Yale Law Journal titled “What Should We Do After Work? Automation and Employment Law.” It discussed the much-debated prospect that advances in robotics, artificial intelligence, and machine learning—along with other forces such as outsourcing and the rise of gig work—might put “vast swaths” of the labor market out of work over the next few decades. She found enough reason for concern about job losses to spur a search for sensible responses. In the article, Estlund focused primarily on the package of economic entitlements (health insurance, for example) that had become integral to many jobs over the course of the last century, and called for them to be separated from the employment relationship. They should be partially or totally replaced, she argued, with broad, publicly funded benefits that support economic security for all individuals. This would reduce costs for employers and along with it some of their incentive to displace workers.

In Automation Anxiety, Estlund proposes a broader-gauged strategy for mitigating the losses and spreading the gains from a foreseeable decline in demand for human labor. Society, she says, should aim to assure individuals access to adequate incomes, more free time, and decent remunerative work, even in a future with less of it. In an email interview, Estlund answered some questions about her book.

Assessing the impact of automation on the workforce has generally been the province of labor economists and technologists. What led you to the topic as a legal scholar?

Exactly that, in fact! It seemed to me that there were legal dimensions to both the “problem” of automation of work and the possible responses, but legal scholars—and especially scholars of the law of work—had not yet put their minds to these issues. One is the impact of legally mandated and legally subsidized employment benefits on the cost of employing humans. Another is the law governing working time and paid leaves, including what US law doesn’t but could do to induce employers to spread work to workers who have, or might in the future have, too little decent work.

Can you describe the path from your article to the book? What led you to take a deeper look at the subject?

It was clear to me from the start that this project had the size and shape of a book and a wider potential audience than a law review article did. The Yale article took a first cut at the expected impact of automation on jobs, and argued for curbing the inefficient “tax” that we impose on employment, while improving economic security for the growing number of workers without steady employment, whether in the gig economy or otherwise. But a fuller response required a deeper dive into the economics, the upsides and downsides of automation, and the appropriate policy responses. I did some of that in a second article called Three Big Ideas for a Future of Less Work and a Three-Dimensional Solution. There I discuss the “three big ideas” of universal basic income, a federal job guarantee, and a shorter work week, and sketch an alternative strategy that addresses the blind spots of the other three. The book pulls all this together and adds some missing pieces, including the politics of reform and redistribution in our polarized era.

In the news now we currently see a lot about labor shortages and droves of people leaving the workforce voluntarily. How does that square with the trends you write about?

Yes, that looks like good news for the historically dominant view of automation among economists: Substitution of capital for labor boosts productivity and generates new demand for labor to replace jobs lost. But there’s reason to believe this time is different. Leading economists find that automation is already destroying more mid-level jobs than it has created, contributing to growing economic inequality and a “hollowed out” labor market. (That might be driving some employees’ exodus into the gig economy.) In any case, the medium- to long-term impact of automation will unfold gradually beneath cyclical ups and downs in labor demand and occasional cataclysms like the pandemic (which, incidentally, is likely to accelerate job losses, for reasons I explore in the book and mention below).

The future is hard to predict, as we know. But there’s reason to anticipate a gradual decline in the comparative advantages of human labor at a growing range of tasks. The uncertainty about net job losses, along with the certainty of growing inequality, leads me to focus on strategies that will make people’s lives better, whether or not we’re facing a future of less work overall.

What’s your view on the potential for further automation of the work lawyers do, and what’s your advice to law students on that front?

Technology has dramatically streamlined some legal work—especially really boring work—that has long occupied droves of young lawyers. And machines are making inroads on analyzing and even drafting relatively routine legal documents. It’s hard to believe that won’t take a toll on the overall demand for law graduates. But most of our students are headed into jobs that require a mix of judgment, creativity, experience, persuasion, and institutional knowledge that is still far beyond the reach of machines. Those high-end legal skills are leveraged and amplified by technological advances. Also, legal professionals will have a lot to say about what tasks can be left to machines. So while AI-based technologies have performed well in mediating or resolving some kinds of legal disputes, judges will resist ceding their authority, and constitutional guarantees will ensure a continuing role for human judgment.

One goal you argue for is ensuring broad availability of decent work for people. What led you to conclude that advocating for the intrinsic value of work was a necessary component of the book?

My own anxiety about automation’s potential for displacing workers stems partly from the distinctive social and political significance of shared work and workplace relationships. In my first book, Working Together: How Workplace Bonds Strengthen a Diverse Democracy (2003), I argued that the kind of “compelled association” and cooperation that occurs at work—and almost nowhere else in our society—is part of the glue that holds a diverse modern society together. For all its shortcomings, antidiscrimination law has done more to integrate workplaces than other places where adults actually interact with each other on an ongoing basis. All that adds a worrying dimension to the prospect of technology squeezing more workers out of the workforce, and makes me skeptical of the idea of replacing work and work-based income with guaranteed income. So this book spurred me to reprise my thesis about the value of working together.

What was it like to be working on this book as the effects of COVID-19 on workplace culture were unfolding?

As you can imagine, the rise of remote work set off some distinctive alarm bells for me, as “working together” works best in long-term face-to-face working relationships. Remote work is also among the vectors by which COVID is likely to accelerate automation and spur job losses. Just consider how many jobs consist of accommodating, feeding, entertaining, transporting, and otherwise serving and supporting people who commute to or travel for work. COVID also seems to have prompted a dramatic rethinking of work-life priorities, especially for a cohort of young adults already skeptical about submitting to the demands of bosses and organizations for the sake of career success. Especially given growing doubts about the sustainability of an economy committed to perpetual economic growth, “less work” may have more appeal than ever (at least for those who haven’t had to struggle to make ends meet). It will be years before the full impact of COVID becomes clear. But if those strains of skepticism persist and spread, big changes—many of them positive—will be necessary and maybe even possible.

“Automation and the American Worker: Cynthia Estlund asks, ‘What Should We Do After Work?’”
NYU Law website 12/19/17