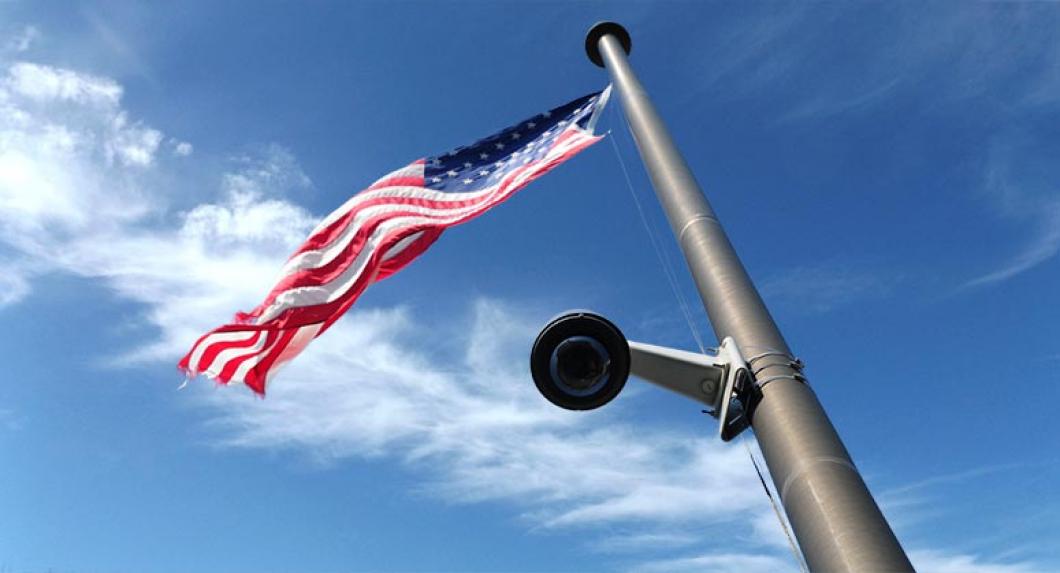 What if questions of policing are not best addressed by policing agencies or the courts, but by the public? In Unwarranted: Policing Without Permission, Barry Friedman considers how mass surveillance, stop-and-frisk, location tracking, the militarization of the police, and other policing tactics are not just making national news with increasing frequency, but are directly affecting communities and individuals on a day-to-day basis. Friedman draws upon constitutional law expertise to present his case, citing lawsuits from around the country and sharing real-life stories of people who have been influenced by dramatic policing techniques.

During a recent conversation, Friedman, Jacob D. Fuchsberg Professor of Law and Affiliated Professor of Politics as well as founder and director of the NYU Law Policing Project, discussed his inspiration for the book, inherent challenges in the debate about policing, and how recent events that captured global attention informed his writing process.

You’ve been working on Unwarranted for eight years. Did you ever imagine it would seem quite so timely when released?

When I began writing Unwarranted, I was convinced that there were very troubling things happening in policing, that we were just being swept along by technology, by a war on drugs, and a war on terrorism, and it was time to be thoughtful about it. I was caught quite off guard by both Edward Snowden’s revelations and Ferguson, and then the national outcry around it all, but I think it’s been incredibly healthy because it’s forcing us to have conversations that we’ve needed to have for a very long time.

Now is exactly the moment to take stock and say, “How is it as a society that we want to be policed? How do we want to be safe? How do we want to do those things in a way that respects everyone’s rights as best as we can?” Policing, by nature, is invasive. It’s intrusive. It involves the use of force. What’s in bounds? What’s out of bounds?

You mention Edward Snowden’s leaks and the shooting of Michael Brown in Ferguson. How do you feel they’re linked?

Could you discuss how your book responds to the increased awareness of issues surrounding policing?

I think now people are paying attention to policing, but at the same time, people aren’t sure what to do. You hear lots of discussion about how to handle the situation, and in my view, it’s focused in the wrong place. Most of it is focused on the back end of policing, on issues about, “How do we deal with what we think of as misconduct?” We need to get engaged in the front end. We, the people, need to get involved in what policing looks like.

Where’s the system of checks and balances for accountability in policing?

How did the distance between the police and public accountability come about?

In all of the rest of American government, there are ways for the public to participate. But not in policing. When we wrote the Constitution, police departments didn’t exist. We created them in the middle of the 19th century. Right away there was a connection between urban machines and police corruption. Police officials were going out and collecting graft and turning it out over to the machine, and they were a part of the machine, and so the idea was, “We have to separate the police from the government.” The problem is we made them too autonomous and we never really recovered from that decision—it bears no relationship to the world we’re in today. Now is the time to say, “We’re going to break down that barrier. We’re going to bring the police and their communities together so they can work collaboratively to make us safe in the best way possible.”

In Unwarranted, you mention that new policing tools and techniques have made everyone suspects. What do you mean by that?

In the old days, policing was all about going after the bad guy. Gradually, because of technology, we moved to a model where we’re trying to keep people from doing bad things in the first place, so we’ve put up cameras everywhere. We have airport security to check everybody getting on an airplane. That makes all of us suspects in a way. That’s perfectly fair, but it requires a completely different set of rules in terms of the safeguards that we have.

What should those safeguards be?

You started the Policing Project at NYU Law in 2015. How did that come about?

I was working on Unwarranted when we were all exposed to the revelations about what the government was doing with regard to national security. All of a sudden, I thought, “Maybe there’s a role for the ideas in this book in actual practice. What if we started something which tried to involve the government and its citizens and its police in the conversation about how we should be policed?”

You’ve mentioned that there is a disconnect in communication between the police and the communities they serve. How is the Policing Project working to bridge that gap?

Why is it imperative for the public to engage in a conversation about policing?

We are so riven as a society over the issue of policing. It gets framed all the time as you’re for the police and you back them up or you’re against the police and you’re angry with them. And if you just stop for one moment and think about it, that makes no sense. I think there’s room for forward thinking around policing. I think it’s critical. We all need the police and need a successful system of policing. I have two kids, one is nine and one is 12, and I want them to live in a safe place, and I want them to like the police and respect what the police do. I live not far from the World Trade Center, and I watched the events unfold on September 11, 2001.  I realize as much as anyone exactly how important a safe, healthy society is, but to get there we all have to have a voice in how we’re policed. We do have to back up the police, but to back up the police, we have to be involved, we have to be consulted, we have to be allowed to have an opinion. And that’s really critical.

The Policing Project worked with the LAPD earlier this year, collecting public feedback on the issue of when footage from body cameras should be released and compiling it into a report submitted to the Los Angeles Police Commission. The Policing Project has worked on similar projects with the NYPD and police in Camden, New Jersey.