Trapped in the Machine: Alina Das ’05 explores how the criminal legal system has been used to target and deport immigrants. 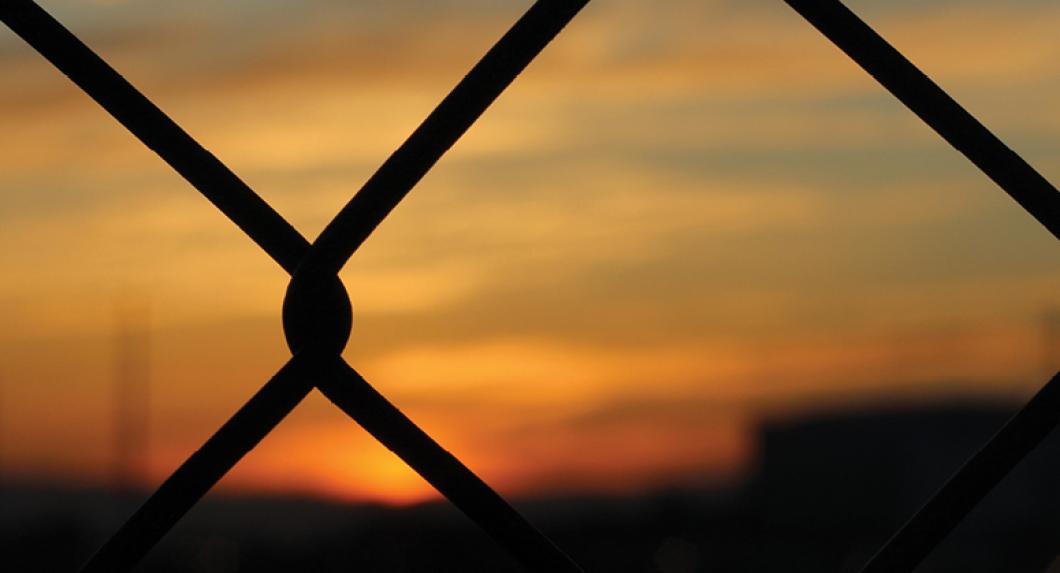 The Trump administration’s aggressive efforts to deport immigrants are nothing new, Professor of Clinical Law Alina Das ’05 writes in her new book, No Justice in the Shadows: How America Criminalizes Immigrants. President Donald Trump simply put into high gear a legal apparatus that had been built over previous decades under both Democratic and Republican presidents, Das argues. Critical to those deportation efforts, she says, is the criminalization of immigrants—particularly immigrants of color.

“When overtly racist language was no longer legally or socially acceptable, the immigrant-as-criminal narrative emerged to help justify what the overtly racist narratives once did—the large-scale exclusion and expulsion of communities of color from the United States,” Das writes.

No Justice in the Shadows traces the history of US immigration law and explores how the criminal legal system became a tool for detaining and removing immigrants from the United States. Interwoven with that narrative are the stories of individuals, often clients of Das and her clinical students, who are caught up in what Das calls the “deportation machine.”

Das shows how a long-past criminal conviction or a single arrest—even when charges are later dismissed—can put an immigrant on a fast track to deportation. “By 1996 it did not matter if the immigrants were undocumented or green card holders, if they had lived in the United States for a single day or for 60 years. If they had almost any kind of criminal record—even for an old, minor, nonviolent offense—deportation was on the horizon,” Das writes. And those trapped in the machine, she explains, lack many of the basic rights that are integral to the criminal legal system, but not the immigration system: the right to counsel, the right to a trial, sometimes even the right to bail. “The machine is cruel by design,” she writes.

We spoke with Das about her book and her aim to change the conversation around immigrant rights.

How did you decide to write this book?

I decided to write this book in the summer of 2017, based on issues that were arising in my community. The New York City Council has been really wonderful in supporting programming for immigrants, and one of the programs they have piloted was the first public defender program in the nation to provide universal representation to detained immigrant New Yorkers [facing deportation]. And then in 2017, we started hearing rumors that Mayor de Blasio wanted to cut funding for people who had certain types of what he deemed to be serious criminal convictions. 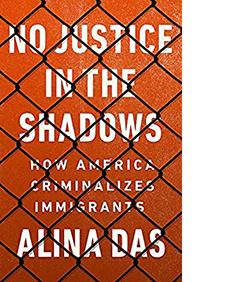 So I was at a City Council budget hearing, listening to members of the mayor’s office state this policy platform, this idea that some immigrants don’t deserve the right to an attorney based on their conviction. Never mind that they had served their time and things were in the past, and deportation was coming as a second punishment.

And I afterwards was talking to a colleague, and we just sat there for an hour asking each other how is it that—after Donald Trump was elected, at a time when the recognition of the importance of immigrant rights and the importance of cities and states to stand up for their immigrant residents was at an all-time high—we have people in progressive positions of power still falling back on a good versus bad immigrant narrative.

And so it was that point where I said, “Okay, maybe I should write about this. Maybe I should tell the stories of the people that I’ve had the privilege of learning these lessons from over the years. And the work that my students and I, and my colleagues, have done in the clinic and in other spaces to elevate these voices.” Which ended up being this book.

What did you learn in the course of writing No Justice in the Shadows?

When I was first learning about immigration law and the deportation system as a law student, I understood that immigration law as a whole has this very explicit racist history, from Chinese exclusions on, but when it came to the idea of deporting people because of criminal convictions, it wasn’t immediately apparent to me where that concept came from.

And so over the course of my research, it was really eye opening to be able to explain how much of those choices, the choice to criminalize immigrants through the court and for their crimes, was based on these overtly racist decisions.

The cycle that I described in the book is that historically, you have first the rhetoric, associating immigrants with criminality, and then you had choices to criminalize the acts that are associated with immigrants. And then those same laws have a deportation provision attached to them.

In the United States, one of the first laws that attempted to criminalize drug use is an 1875 ordinance that focused on opiate bans because it was part of anti-Chinese sentiment. As substances are associated with Chinese people, with black people, with Mexican people, you see further criminalization—think about [the Spanish word] “marijuana” as a concept as opposed to “cannabis.”

Even though your book makes clear that the odds are stacked against immigrants in deportation proceedings, many of the stories you tell are about cases where lawyers were able to make the system accountable, to make it work somewhat for their clients. Why did you focus on those particular stories?

I really wanted to really try and focus on the stories that would demonstrate how powerful people were, despite the oppressive systems they found themselves in. How much they had to struggle themselves and were often successful themselves to get to a certain point before our clinic got involved. And I found a real beauty and resilience in what they were able to achieve, but I also wanted people to come away understanding what a waste and what a hardship that is.

And obviously it’s part of our clinic model: our students have been incredibly successful in fighting very hard and leaving no stone unturned until they can achieve a victory, and so many of our clients have had the benefit of that.

I did think it was important to focus on people who are still with us today and have survived the system, and are comfortable sharing their story as part of this book. And I really value and appreciate my clients for being willing to do that.

Whom do you hope to reach with this book?

It’s not intended to move people who think, “Well, I don’t know if immigrants are good for this country.” Because there’s a separate conversation that needs to be had, and that’s not what this book is about.

This book is really intended for an audience of people who do care about immigrant rights. I’m hoping that people who read this book will really step back and think more critically about what kind of system of immigration justice we want to build, and not fall back into complacency if our administration changes, to be honest. And hopefully build systems and policies that will be more inclusive and recognize our inherent dignity and humanity as people, as human beings, regardless of where we were born.

This interview has been edited and condensed. Posted November 13, 2020