A Full-Court Press for Press Freedom: Stephen Gillers ’68 makes his case for the importance of the First Amendment’s press clause 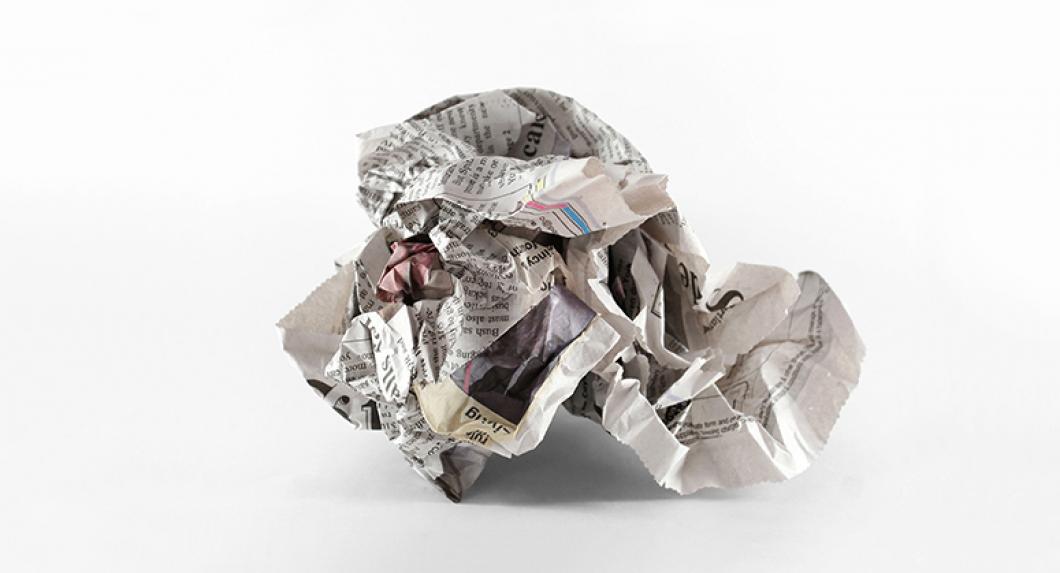 Journalism Under Fire: Protecting the Future of Investigative Reporting, a new book by Stephen Gillers ’68, arrives at a time when American media is under unprecedented internal and external pressure. The US president regularly denounces journalists as “unpatriotic,” “the enemy of the American people,” and purveyors of “fake news.” Even before that, with ad revenues and media industry profits plunging, the number of journalists at US newspapers fell from about 59,000 in 1989 to roughly 36,000 in 2012, according to the Brookings Institution.

Gillers, Elihu Root Professor of Law, is best known for his scholarship on legal ethics—a subject on which journalists have frequently sought his expertise—but has also co-taught Media Law with instructors including David McCraw, vice president and deputy general counsel for the New York Times. The opportunity to write Journalism Under Fire came when Victor Navasky, former editor and publisher of The Nation and past chairman of the Columbia Journalism Review, recommended Gillers to Columbia University Press to write a book about ethics for journalists. Instead, Gillers successfully pitched a book about the meaning of the First Amendment’s press clause, the definition of “the press,” the unique rights that journalists should be understood to have, and the duties of the press in exchange for those rights.

But US Supreme Court jurisprudence on the freedom of the press has shifted in recent decades, Gillers asserts. The First Amendment reads: “Congress shall make no law…abridging the freedom of speech, or of the press.…” While the Court had embraced the press clause in the period from the 1930s to the 1970s, he says, it has since “jettisoned the press clause and conflated it, folded it into the speech clause, thereby erasing part of the Constitution.” The current Supreme Court operates as if the press clause were “constitutionally redundant, leaving the speech clause to do the work of protecting oral and written expression,” Gillers writes.

Gillers says he thinks that’s a mistake. Journalism Under Fire makes an urgent argument for reviving the press clause and expanding its interpretation to protect the free press in the face of the growing influence of money in the political sphere, the increasing concentration of both individual and corporate wealth, and the greater ability of government and private actors to collect and store vast amounts of personal data. All of these factors, Gillers explains, concentrate power and thus increase the potential of the abuse of power, making journalistic scrutiny more crucial than ever.

The book, he adds, “is meant to have more of an edge, to be more of an advocacy document” aimed at an audience that extends beyond the legal community.

Gillers also tackles the complicated question of defining “the press.” In Branzburg v. Hayes, US Supreme Court Justice Byron White cited the challenge of pinpointing just what “the press” means as he rejected a reporter’s claim that the First Amendment protected his refusal to reveal confidential sources to a grand jury. Gillers counters that “the press” has been defined in a range of government actions—in state shield laws protecting journalists from being held in contempt for withholding the identities of sources, in the federal Freedom of Information Act, in determinations of press pass eligibility, and in lower federal court rulings. Drawing on federal appellate opinions, Gillers opts for a broad definition of the term that would “protect a larger group that might otherwise be excluded,” extending beyond traditional journalists to, for example, independent contractors, certain book authors, and some bloggers.

Despite its rejection of the reporter’s claim, the Branzburg opinion contains enough ambiguity that lower courts have often upheld journalists’ right to withhold information when a subpoena does not come from a grand jury. In return for special privileges, Gillers suggests, the press should hew to certain standards, including editorial and reportorial judgment, accuracy and necessary correction, completeness and fairness in reporting, and independence.

After exploring legal protections for the press when it comes to newsgathering—specifically as it relates to issues of trespass, intrusion, and disclosure of private facts—Gillers articulates potential legislative changes that would help safeguard investigative reporting: public funding for journalism, with an independent body choosing the recipients; a national anti-SLAPP (strategic lawsuits against public participation) law to discourage the proliferation of speech-chilling defamation suits against less-affluent defendants (à la Bollea v. Gawker, in which a multimillion-dollar judgment for wrestler Hulk Hogan against Gawker Media bankrupted the organization); guaranteed appellate review when journalists are sued, with courts adjusting the size of the defendant’s required bond accordingly; and a strengthened Freedom of Information Act.

Gillers acknowledges that, given the current political climate, these legislative changes are unlikely to materialize anytime soon. “I don’t expect to see any of the changes I advocate recognized soon, perhaps not even in the next generation,” he says. “But I don’t want to let them go, to sink into the recesses of history. It’s important that the ideas be kept alive by me and others, and sometime in the future, maybe the distant future, they’ll receive a welcome.”

“Listening Closely: Burt Neuborne examines the structure of the Bill of Rights and its implications for the First Amendment”
NYU Law website, 2/18/15