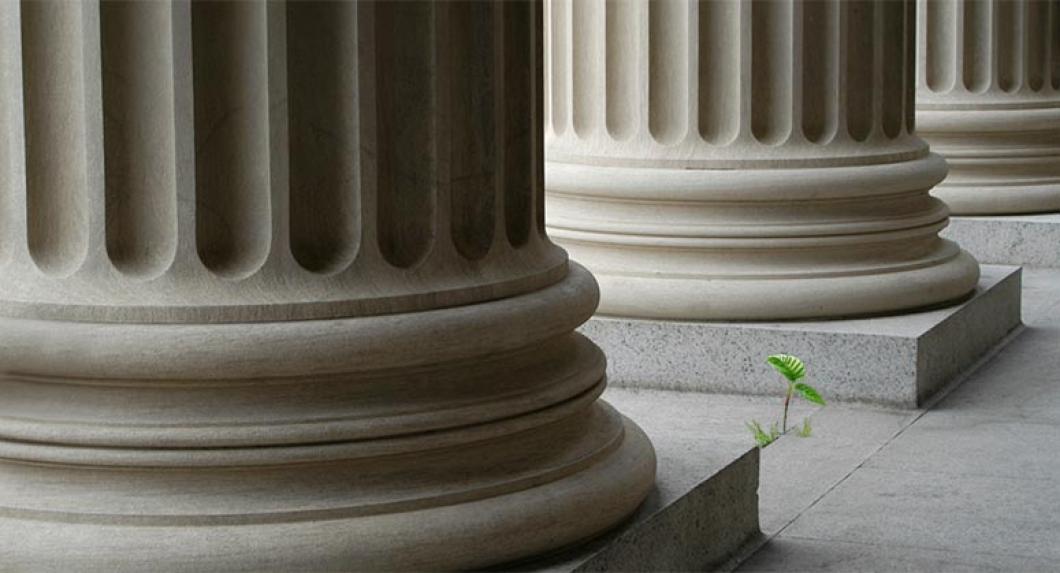 The past 25 years have witnessed the attempted flowering of democracy in Russia, South Africa, Columbia, Egypt, and numerous other countries around the world. In some, it has flourished, with successive free and fair elections and peaceful transfers of power; in others, it has withered or been crushed. In his new book, Fragile Democracies: Contested Power in the Era of Constitutional Courts, Bonnie and Richard Reiss Professor of Constitutional Law Samuel Issacharoff examines the range of outcomes and concludes that the most significant bulwark against a return of repression is the presence of strong constitutional courts.

“In country after country,” he writes, “the transition to democracy is eased by the creation of a court system specifically tasked with constitutional vigilance over the exercise of political power.”

These courts, Issacharoff says, serve two primary roles. First, during the political bargaining that establishes a new order, they can be critical actors, in part by assuring protections against majoritarian excess. Such was the case in South Africa, where the court was given—and exercised—oversight of the terms of the constitution before it was adopted in 1996, not merely judicial review once it was already in place. Second, in the name of self-preservation, fledgling democracies (as well as more-mature ones) may limit participation by groups whose ultimate aim is the subversion of democracy—several former Soviet republics, for example, ban local communist parties from seeking office—and constitutional courts can provide oversight of such restrictions.

Perpetuating a democratic order depends on many factors and institutions, Issacharoff acknowledges. But, he writes, the reliance on constitutional courts “highlight[s] an important institutional shift in the structuring of new democracies … that has received insufficient attention to date.”

Video: South Africa as an example of fragile democracy

A renowned scholar in civil procedure, constitutional law, and the law of democracy (a field he helped pioneer), Issacharoff has written extensively about the US political system, in particular efforts to regulate political spending. But two events in the US actually led him to shift part of his focus away from American democracy: the intervention of the Supreme Court in the contested Bush-Gore presidential election of 2000, and the national security concerns that emerged in the wake of 9/11. “Each represented a significant challenge to the structure and integrity of American democracy, each exposing a characteristic vulnerability of democracy either to process failure from within or to external enemies,” Issacharoff writes in the preface of his book. “In the aftermath of these events, I began to wonder more systematically about how other democracies deal with such challenges.” 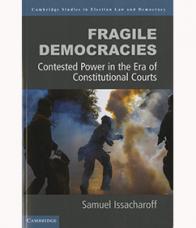 While Issacharoff focuses his inquiry abroad, America’s constitutional experience looms large. He recounts the observation of Albie Sachs, who served as a justice on South Africa’s constitutional court from 1994 to 2009, that it is difficult for any new democracy to resist the gravitational pull of American constitutional law. This is due to “not simply the longevity of American democracy and the US Constitution, but the commanding language and arguments honed by the US Supreme Court over centuries of constitutional debate,” Issacharoff writes. But he also cautions readers that “it is vital to understand the limits of the parallels between the threats that democracy faces in the United States and in other countries.” His book, after all, is about fragile democracies—places with little or no democratic tradition, and often suffering the ravages of ethnic or religious strife. The fairly absolute protections for expression and political participation provided by the First Amendment in the US, for example, might not be appropriate in such settings.

When Issacharoff began working on the book roughly a decade ago, he found himself chronicling an unfolding story. The Arab Spring, for instance, began in Tunisia just five years ago. “This book was a nightmare to write, because I was chasing a moving target at all times,” he says. And it wasn’t only developments in North Africa. Inserted near the end of the book, he notes, is a discussion of the January 2015 election in Sri Lanka, “which occurred, to my editor’s chagrin, just as I was supposed to be turning in the final galleys.”