Moving Targets: Ryan Goodman examines how the laws of targeting apply to the modern battlefield 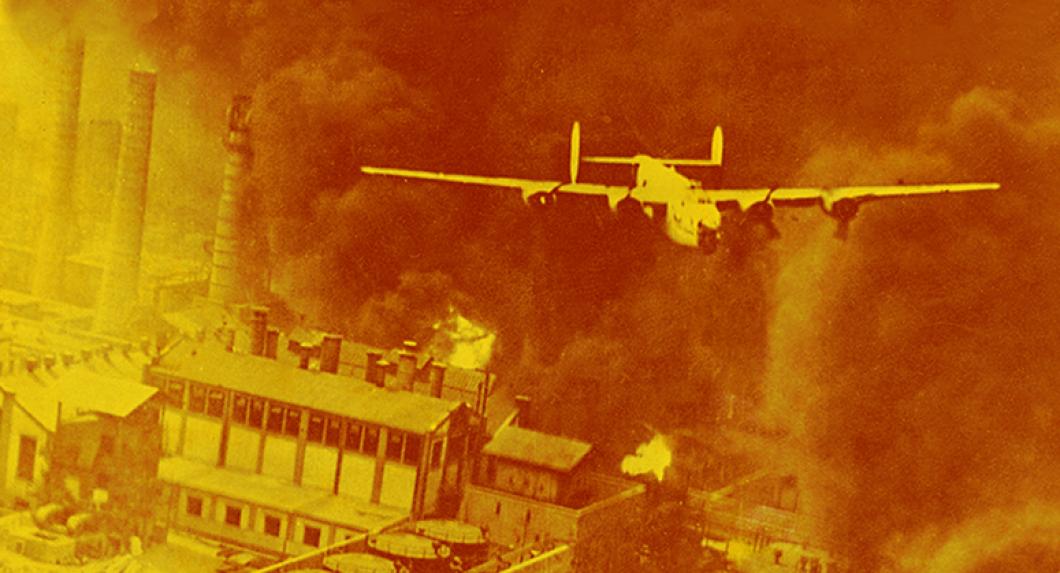 Former president Barack Obama delivered a statement from the Pentagon on December 14, 2015, describing the latest success for the US in the fight against ISIL. “We’ve unleashed a new wave of strikes on their lifeline—their oil infrastructure—destroying hundreds of their tanker trucks, wells, and refineries,” he said. “And we’re going to keep hammering on those.” In April 2016, the Washington Post reported that US-led strikes on ISIL oil facilities had cut oil production by about one-third.

These strikes are part of Operation Tidal Wave II, a military initiative that takes aim at ISIL’s oil infrastructure. Oil is a key source of revenue for ISIL that is used to pay fighters and purchase supplies. However, according to Ryan Goodman, Anne and Joel Ehrenkranz Professor of Law, there has been debate regarding whether oil production facilities are targetable under the law of armed conflict.

Goodman specializes in the law of armed conflict, national security law, and international human rights law. He is also founding co-editor-in-chief of the national security online forum Just Security and previously served as special counsel to the general counsel of the Department of Defense. Goodman synthesized his recent research on the law of targeting in his latest article, “Targeting ‘War-Sustaining’ Objects in Non-International Armed Conflict,” which has been uploaded to SSRN and is published in the American Journal of International Law.

The essence of the law of armed conflict, or LOAC, is the basic rule that only military personnel and military objects are targetable while civilians and civilian objects are entirely off-limits. However, especially on the modern battlefield, this basic rule can become complicated as the line between civilian and military blurs. Goodman’s article examines the legality of targeting objects that aren’t directly military but contribute as a source of revenue to the enemy’s war effort.

To describe how the law of targeting can lead to complex ethical and legal debates, Goodman used the example of a civilian munitions factory worker. “Everyone agrees that the munitions factory is targetable because it’s a military target, or it’s a ‘war-fighting’ target,” he says. “But the people working inside the factory, if they’re civilians working on the assembly line, are not targetable.” This requires a proportionality analysis, Goodman explains, to determine if casualties can be avoided, and, if not, if they are proportional to the benefit gained from destroying the target.

This question has come into focus during the fight against ISIL, especially in the context of Operation Tidal Wave II. While some scholars still believe oil transport vehicles would not be targetable at all, Goodman argues the vehicles should be considered targetable “war-sustaining” objects and that a proportionality analysis must be conducted.

Herein lies the distinction between “war-fighting” and “war-sustaining” objects. “The biggest difference is the tightness of the causal connection,” Goodman explains. “War-fighting resources are more directly linked [to military operations], such as oil that’s being used to fuel military machines…. War-sustaining resources are one step out from that in the causal chain.” ISIL oil facilities—including transport vehicles—are considered war-sustaining since revenue gained from selling oil is used to continue the group’s armed activities.

While most existing scholarship on targeting argues against war-sustaining objects as valid targets, Goodman uncovered precedents of the US and other states targeting these kinds of objects dating back to the nineteenth century and as recent as this decade. Some of the evidence he found was buried in a footnote in a respected treatise on the Geneva Conventions, which points back to the American Civil War, when cotton bales were considered a legitimate military target because they were the chief export of the Confederacy, and thus indirectly their chief source of military supplies. From there, Goodman discovered several examples in which the US, NATO, and others targeted war-sustaining objects, such as the targeting of poppy fields controlled by the Taliban between 2008 and 2014.

But, Goodman says, “The academic literature has yet to catch up to that history.” Goodman considers his article “one effort” in closing this gap between existing scholarship and evolving perspectives on targeting. Understanding the law of targeting is crucial to modern warfare, Goodman explains, because, “A lot is at stake with counterterrorism operations due to political pressure to pull back on restrictions that have been in place for decades and to erode the Geneva Conventions.” At the same time, Goodman acknowledges that in American fighting forces, “there’s a very strong commitment to adhering to the laws of war. It’s part of the internal code that one’s fighting justly…. It’s really important that we understand our foundational commitments.”

“How to Read the Department of Defense’s Revised Law of War Manual”
Just Security, 12/22/16