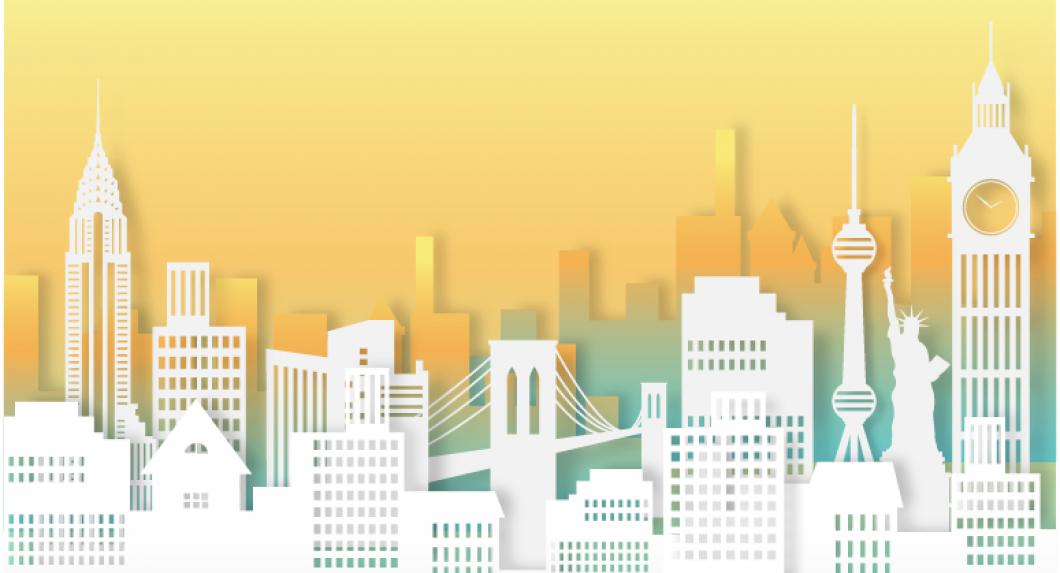 When Paul Romer studied physics and mathematics as an undergraduate at the University of Chicago, he meant to forge a path different from that taken by his father, Roy Romer, a former governor of Colorado who, his son says, spent his career “working on issues of social justice.”

It hasn’t quite worked out that way. After studying “pure math,” Romer says he moved into abstract economics, earning a PhD in economics at Chicago, and then into policy research. “I guess the arc of my career can be understood as one that has moved closer and closer to the same sort of policy work my father did,” he says. For his contributions to the study of endogenous growth theory, which examines how investing in knowledge and innovation—which are limitless resources—can drive economic growth, Romer was a co-recipient of the 2018 Nobel Memorial Prize in Economic Sciences.

A professor at NYU Stern School of Business since 2010, Romer, now a University Professor, joined NYU School of Law in January 2020 as a professor of economics and the law. At the Law School, Romer is continuing his latest policy research: examining ways to harness the innovation and technological advancement particular to cities.

“I think often of the US Naval expression ‘ship, shipmate, self’,” Romer says, arguing that that hierarchy—which first considers what’s best for the group—ought to be duplicated in economic and legal doctrine. “One of the main messages in economics is that if things are structured in the right way, then the pursuit of self-interest leads to outcomes that are good for everyone…but [there’s] not enough emphasis on the condition that's required for that: good structures,” says Romer. Good structures, he explains, can include laws and policies that make individuals trust that they are valued and represented fairly.

In 2018, after finishing a stint as the World Bank's chief economist, Romer won the Nobel Prize for research he had published in the Journal of Political Economy in 1990. Romer modeled the importance of government policy—including support for research and intellectual property protections—in encouraging the technological innovation that creates long-term economic growth.

“[The prize] came as a shock,” Romer says, adding that it was like starting a new job. “It comes with a lot of fringe benefits, but I had to figure out how to do that job. And that job involves being an ambassador for science.” Luckily, Romer says, he believes in that mission. “Science is an essential part of how we codify the things we discover and share them with each other,” he says.

The innovative power of people sharing ideas with each other has animated Romer’s most recent examination of cities. “The central insight is that the more people you have working together, the more everyone can have: the more options, the more opportunities, the better off everyone can be,” says Romer. “So the benefit per person goes up when there are more people who interact.” At Stern, he founded NYU’s Marron Institute of Urban Management, an applied research center that brings together experts from across NYU to help cities create better infrastructures and plan for sustainable, equitable growth.

At NYU Law next spring, Romer will co-teach the newly created Cities Seminar with Max E. Greenberg Professor of Law Clayton Gillette, exploring how regulation can facilitate or frustrate the potential benefits of cities. “Paul is a remarkably creative and visionary individual who thinks about new ways of organizing cities in order to exploit their advantages and minimize the disadvantages that come with density,” says Gillette. Among the topics to be examined is the current COVID-19 pandemic, which has spread rapidly in the dense populations of cities. Romer says that one focus of the seminar will be on ways that cities can prevent or prepare for crises.

Since March, Romer proposed policies to address the dual health and economic emergencies caused by the pandemic. This work has included producing models that show how an immediate, large-scale federal investment in the production and distribution of COVID-19 tests can prevent immense long-term economic consequences in the United States.

Overall, Romer says Americans need to reconsider how laws and policies can be reimagined to benefit society: “I think we're in a time when we need to reinvest in the law and governance and regulation—the supporting structures that make it possible then for people to have freedom and pursue self-interest,” he says, returning to the US Navy’s ‘ship, shipmate, self’ hierarchy of priorities. “We need to be asking, ‘Is the law being used to protect the interests of society?’”