Focusing on the Fine Print: Florencia Marotta-Wurgler breaks new ground in her research on consumer contracts 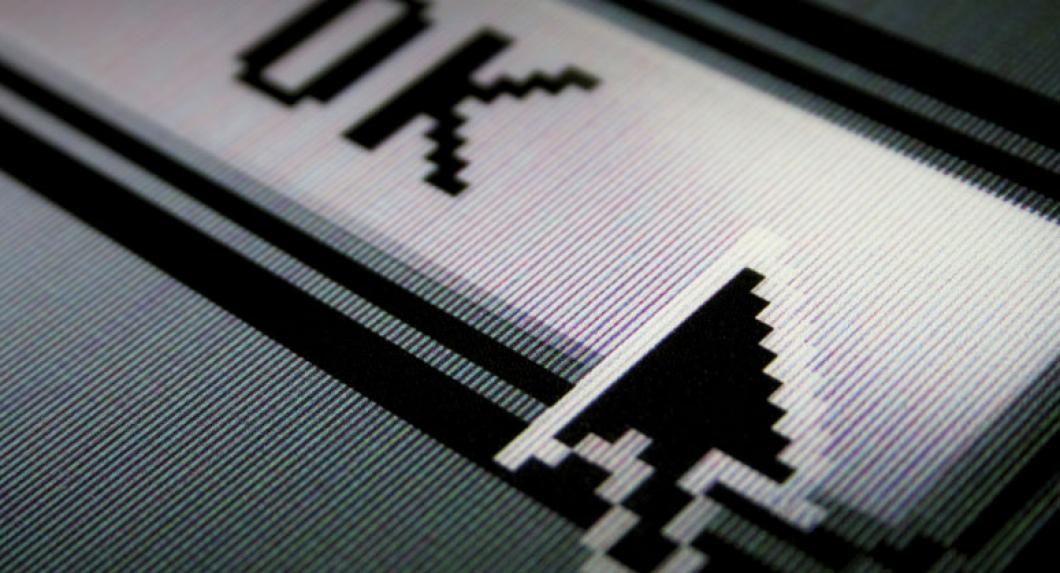 The vast majority of contracts these days are standard-form contracts: drafted by one party and offered to the other on a take-it-or-leave-it basis, with the terms typically spelled out in tiny font—the fine print. Consumers encounter them every day, when they rent cars, purchase cell-phone service, buy movie tickets online, or download software. For decades, there has been debate about these contracts. Should the law mandate certain types of disclosure? Even if most people don’t read the boilerplate language, can a minority of informed buyers still discipline sellers from imposing unfavorable conditions? Will monopolistic vendors offer less favorable terms than sellers in competitive markets?

Until recently, discussion of these issues has largely been shaped by scholars’ conflicting theoretical views and anecdotal evidence. But now, pioneering research by Professor Florencia Marotta-Wurgler ’01 has begun to transform the debate. Collecting data on thousands of software purchases—each requiring the consumer to agree to an end-user licensing agreement—Marotta-Wurgler employed innovative research and coding methodologies to produce a new empirical foundation for the legal and policy debate. 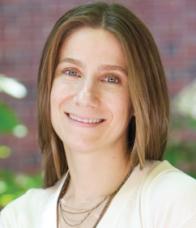 In December, Hebrew University of Jerusalem organized a conference devoted to Marotta-Wurgler’s scholarship in this area, focusing on nine papers that she and NYU Law student co-authors published between 2005 and 2014 (links below). In a forthcoming article in the Jerusalem Review of Legal Studies, Eyal Zamir and Yuval Farkash of Hebrew University describe Marotta-Wurgler’s research as “ground breaking,” and call her work “arguably the most important contribution to contract law theory in the past decade.” Notes Dean Emeritus Richard Revesz, who recruited Marotta-Wurgler to the NYU Law faculty in 2006, “The fact that such a prestigious group would focus in this way on the scholarship of someone as young as Florencia is hugely impressive.”

Back in her Washington Square office in January, Marotta-Wurgler answered questions about her work.

Q: How would you describe the papers that were the focus of the Hebrew University conference?

A: The papers take different looks at some commonly held beliefs about mechanisms internalizing buyers’ preferences that might or might not be at work in the standard-form contract setting. Standard-form contracts are a unique type of creature and they pose a lot of challenges. Because if you start thinking about what a contract is, it’s based on the idea that people voluntarily enter into mutually beneficial agreements. Usually when there’s haggling and negotiating, because you’re actually negotiating the terms of the deal, it becomes more likely that you know what it is you are getting into and that you are entering deals that you find beneficial. But standard-form contracts are offered in a take-it-or-leave-it fashion, so this idea of becoming informed while negotiating goes away. This can create a number of problems. My research examines whether some of the mechanisms believed to alleviate the problems stemming from lack of information are working.

Q: Isn’t that where we look to disclosure, to make sure the consumer understands the terms of the bargain?

Yes, but then there’s this wrinkle of "What if nobody reads the fine print?" When you become informed about the terms of the deal, you can chose the product that has the contract that best fits your needs. But how can consumers actually vote with their feet when they don’t know what it is that they are getting into? For the past several decades, policy makers have relied on disclosure as the preferred regulatory tool to increase consumers’ awareness and understanding of terms. Disclosure is great in theory because, unlike direct regulation of terms, it preserves consumer choice. In two papers, I sought to examine disclosure’s effectiveness in practice. In looking at the shopping behavior of almost 50,000 potential buyers of software online, I found that making contracts more prominently available did not increase readership in any significant way. The conclusion is that, at least in this context, disclosure is great in theory but a complete failure in practice. Maybe it’s time to move on to something else.

Q: What led to this topic becoming a focus of your scholarship?

A: Before I went to law school, I worked in the area of health economics, doing research and very fine-detail empirical work. I was very interested in the Internet and Internet transactions and how new markets and new technologies affect the way people enter into transactions with one another. And once I decided to pursue law, one of the things that I saw missing in contracts scholarship was that there wasn’t much empirical work on standard-form contracts. And so I thought, “Well I’ve done this before, looking at insurance fraud and all sorts of things for economists, so why not see if I can look at this empirically since I have some training in that?” So that’s what set me off on this crazy quest of analyzing hundreds—perhaps now over one thousand—software contracts.

A: Because they were easy to find, and a lot of the current debate regarding enforcement of contracts had to do with software. Software contracts were really pushing the envelope when it came to ways of presenting forms to consumers. Many of them were shrink-wrap contracts that you don’t even get to see until after you’ve paid for the product and opened the package. So that created a huge uproar, because how can we have an informed minority of buyers policing the market when we have to buy the product in order to access the terms and become informed? A widely held concern was that sellers would take advantage of this and include more onerous terms in these hidden contracts. Indeed, this concern stalled several attempts to create model rules to govern transactions involving information goods. I decided to test empirically whether this was indeed the case. And software sold online was a great market because some firms were making the contracts available at the time of purchase, meaning that the terms were easy to access. Others only disclosed their terms after payment. Using a sample of over 500 software contracts, I found that contracts available post purchase were no worse than those that were made available pre-purchase. The implication is that, to the extent that there are inefficiencies associated with standard-form contracts, they are not made worse by delayed disclosure.

Q: For one of your articles, you stated that you tracked the Internet browsing behavior of 48,154 monthly visitors to the websites of 90 online software companies. What’s involved in doing something like that?

A: It was a terabyte of data—it was crazy. It took a long time to parse through the clickstream, something like a digital fingerprint, of the users in the panel. My co-author and I worked with a student co-author who was a former software engineer and computer programmer. He knew how to program to extract just the browsing behavior that we needed to answer our question and organize the data so we could do the statistical analysis and parse it in different ways.

Q: What kind of student involvement do you have in your projects?

A: I like working with students. What happens is these projects take a long time to get done. The data selection and gathering process takes a long time because I have to read the contracts and code them and grade them. Over time, some of the students become so involved that they become co-authors for a particular project.

Q: Does anyone read the fine print?

A: I really cared about that. It was a quintessential question. Everybody knows that they don’t, but when you read court opinions and sometimes when you read academic articles, there’s always this hope that there’s this critical mass of consumers that will read. And maybe it exists in other markets, but I wanted to test it in one market and in the market that I knew about, which was software. And what we found was that only 1 in 1,000 consumers access the license agreement—which is almost no one—and that most of those who do access it read no more than a small portion.

Q: So your research doesn’t support the  “informed minority” argument, is that right?

A: It doesn’t appear to hold water—not in this market. The existence of the informed minority has generally been given as an important reason to avoid regulation of many consumer contracts. The result of the paper calls for more nuanced analysis of its existence in other contexts, as that might affect the quality of terms that consumers are offered.

Q: In the course of doing this research, was there anything that surprised you?

Many times as academics and as lawyers we have the sense that the sellers or some parties are out to get each other all the time. And what I found is that’s usually not the way many people think, particularly small businesses. The way in which they described this to me was, “Well, you know, I know software writing is more of an art than a science. And I really, really care about putting out a good product and I stand by my product, but I can’t be liable for everybody’s damages and costs to bugs because it will break me. So I really want to write some kind of a fair contract.” Sometimes you forget that there are human beings involved who actually have some pride in what they do, and they’re not out there to get the absolute last thing they can squeeze out of their contracts. So that was one of the nicest things, the interactions with sellers.

Q: What are you tackling next?

A: I’m interested in privacy policies, because privacy has been at the forefront of regulatory debates and people’s minds, especially after the Snowden leaks, but even from before. And what’s fascinating to me is that people were outraged by what the government was doing, yet we voluntarily give all sorts of detailed information to companies all the time when we enter websites and click on “I Agree”. When you read a privacy policy, you will see that for most firms you’re agreeing to give this information, which then gets gathered by data aggregators and then gets purchased by anyone, including the government. And they don’t need a warrant, because you’ve agreed to it.

The nine papers that were the focus of the Hebrew University conference on Marotta-Wurgler’s scholarship, as well as the article by Zamir and Farrkash assessing her work, will be published in a forthcoming issue of the Jerusalem Review of Legal Studies. Read the articles now on SSRN:

“Competition and the Quality of Standard Form Contracts: An Empirical Analysis of Software License Agreements”

“What’s in a Standard Form Contract? An Empirical Analysis of Software License Agreement”

“‘Unfair’ Dispute Resolution Clauses: Much Ado About Nothing?”

“Set in Stone? Change and Innovation in Consumer Standard-Form Contracts”

Does Anyone Read the Fine Print? Consumer Attention to Standard Form Contracts”

“Will Increased Disclosure Help? Evaluating the Recommendations of the ALI's ‘Principles of the Law of Software Contracts’”