Up Against a Wall: At the Latham & Watkins Forum, experts consider the current state of immigration law and policy 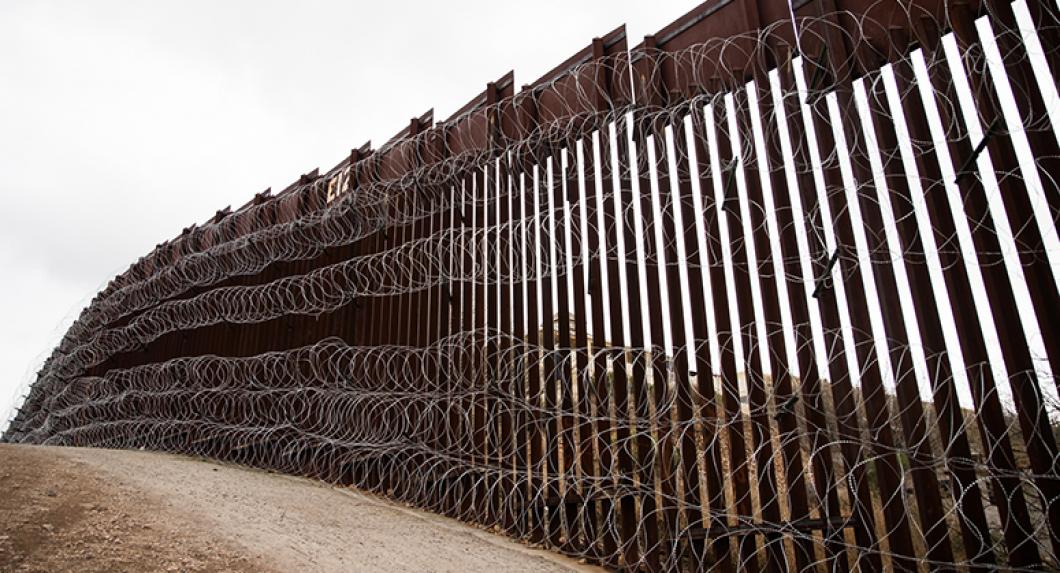 The topic of the January 30 Latham & Watkins Forum, “Immigration Law and Policy: The Landscape After the 2018 Election,” could not have been timelier. Just five days earlier, a monthlong federal government shutdown had ended, but the issue that precipitated it—President Donald Trump’s demand for $5.7 billion for a US-Mexico border wall—remained very much unresolved.

“I think we have to concede that this certainly is an unprecedented moment in immigration history in the US,” said moderator Muzaffar Chishti, director of the Migration Policy Institute’s office at NYU Law. “We have never had, in our history, a person who made immigration an important theme of his campaign. [Trump] truly believes that he won the presidency because of his position on immigration.”

Chishti cited the Trump administration’s proposed limitations on asylum-seekers; two executive orders restricting travel to the US by citizens of selected countries, most of which are predominantly Muslim; and an attempt to add a citizenship question to the US census. “There's no issue where immigration is not getting touched in this presidency,” he said.

When Chishti asked the panelists to explain how the executive and legislative branches had reached the current impasse over the border wall, Ur Jaddou, former chief counsel of the US Department of Homeland Security’s US Citizenship and Immigration Services, pointed to news reports that the idea for the wall originated with Donald Trump’s political advisers during his presidential campaign: They wanted a mnemonic device to remind the candidate to talk about immigration.

After Trump became president, Jaddou added, his earlier budget proposals sought far less money for a wall. But the Republican Party’s loss of the House of Representatives in 2018, she suggested, upped the stakes for both Republicans and newly empowered Democrats.

Professor of Clinical Law Nancy Morawetz ’81 raised questions about the framing of the immigration debate. While the recent national conversation had been dominated by discussion of the shutdown, the wall, and alternative enhancements to border security, Morawetz said, politicians had largely failed to discuss whether too much money already went to border security.

“The budget of the Department of Homeland Security has grown exponentially over the last two decades,” she said. “What that means for communities who live on the border is…those border patrol officers are literally boarding buses and trains and taking people off and interrogating them about their status, many of whom have a right to be in this country…. So there's no real look at, is there already too much money in this budget, given the ways it's used and what it means for communities that live along the border?”

Morawetz also expressed concern about last-minute additions to legislation that often arise when politicians are trying to hammer out compromises quickly. “I worry about little provisions that get snuck in that seem uncontroversial, but where the legislators who are in that conference committee don't really understand the lived impact on the ground for people if those provisions go through,” she said.

Cecillia Wang, deputy legal director of the American Civil Liberties Union, portrayed the ongoing controversy as a double-edged sword. “Trump policies as a whole, and each individually, represent an enormous backslide in the progress that, as a movement, we've been trying to make toward reforming a 230-year history of xenophobia in US immigration law,” she said. “But the Trump administration policies on immigration are also a silver lining, because in the extreme nature of those policies is a seed of resistance to those policies on the part of people who might otherwise not care about immigration.”

Chishti referred to “three fronts of resistance” to the current administration’s immigration policies: in Congress, in the courts, and at the state level. Jaddou enumerated the ways in which a Democratic majority in the House of Representatives had changed the playing field: the majority party not only has more votes but also controls two-thirds of the budget; committee chairs wield subpoena power and control which topics receive hearings; and the majority leadership decides which bills go to the floor for a vote.

In the judicial realm, Wang said, manifold battles have been waged over the different iterations of the “travel ban,” the termination of Deferred Action for Childhood Arrivals (DACA), restrictions on and detention of asylum-seekers, and family separations at the Mexican border. “All of that litigation has been very fruitful [for us],” she said, “even the Muslim ban litigation, which, infamously, ended up being unsuccessful in the Supreme Court.”

At the non-federal level, Morawetz explained, “there’s an enormous amount states can do to be friendly to their immigrant populations and to their families with immigrant members in them.” Among those efforts are driver’s licenses for noncitizens, in-state tuition for undocumented students, and local pushback against handing over the names of criminal defendants to federal immigration officials. Some states have been particularly creative, Morawetz noted. One bill proposed in the New York State Senate would have allowed immigrants lacking federal citizenship to be recognized as state citizens.

Morawetz also observed that the change in House leadership created new possibilities for congressional oversight of long-neglected issues, such as poor healthcare for detainees and the role of the private prison industry in encouraging immigrant detention.

Turning to a phrase, “rule of law,” that is often used as a justification for Trump’s immigration policies, she suggested a semantical problem: “Under an absolutist's view of the rule of law, every time you jaywalk you should be arrested…. Immigration laws are full of contradictions. Just to give you an example, the very same person can be subject to arrest, detention, and deportation and also be eligible for citizenship. That's the way the law is written.”

Morawetz pointed out that the government, too, is subject to the rule of law. “Are the detention centers following the standards they're supposed to follow?” she asked, adding, “Instead, the terminology is used only to speak about the idea of people being in the country currently without status. But many people who are in the country currently without status actually have legal grounds to stay in the country. They often don't have lawyers to help them pursue those legal grounds, but they do have legal grounds. So if you really cared about the rule of law, you would be thinking about all of these things at the same time, as opposed to using it just as terminology to support a particular agenda.”

“Tsion Gurmu ’15, OUTLaw Alumna of the Year, channels her own harrowing immigration experience into her advocacy work”
NYU Law website, 2/5/19